• In 2011, Kim traveled to Kabul, Afghanistan, to attend his brother-in-law’s funeral following a bombing.

• Many missionaries he spoke to questioned their mission in a country where they felt they weren’t making a difference.

• He was reminded of similar attitudes of missionaries to Korea decades ago who never expected the country’s ability to prosper as it has. 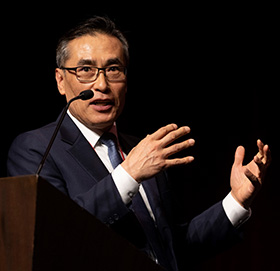 In April, President Joe Biden announced the withdrawal of U.S. troops from Afghanistan by Sept. 11. After the full-scale withdrawal of U.S. forces began in July and less than two months later, the Afghan government announced a peaceful handover of power to the Taliban on Aug. 15, much sooner than everyone expected.

The news reports that thousands of people are in a desperate struggle to escape from Afghanistan.

As I watched the news, I recalled the day I had to go to Afghanistan in 2011.

On Dec. 6, 2011, there was a bombing in Kabul, the Afghanistan capital, which killed 59 people and injured more than 200. At the time, I did not know that such an incident had occurred or that the capital of Afghanistan was Kabul. Even if I had known, I would have thought of it as just an incident that occurred in a faraway country on the other side of the globe, where war and terror have always been constant.

Then I found out that one of my family members was one of those victims.

My sister-in-law, who was serving her church with her husband and two young daughters in Michigan, went on a short-term mission trip to Afghanistan. Not long after returning, she sold her medical clinic, her husband resigned from his job, and they took their children to Afghanistan to begin missionary work providing medical services and teaching English and computer skills.

I was worried about her going with young children to share the gospel in that difficult place. Ultimately, I did not give a word of warm encouragement and only objected.

Just 40 days after arriving in the country, my brother-in-law was killed in a bomb attack before even starting his ministry. I couldn't stay home in Chicago after hearing the tragic news, so I went to Kabul to attend his funeral. 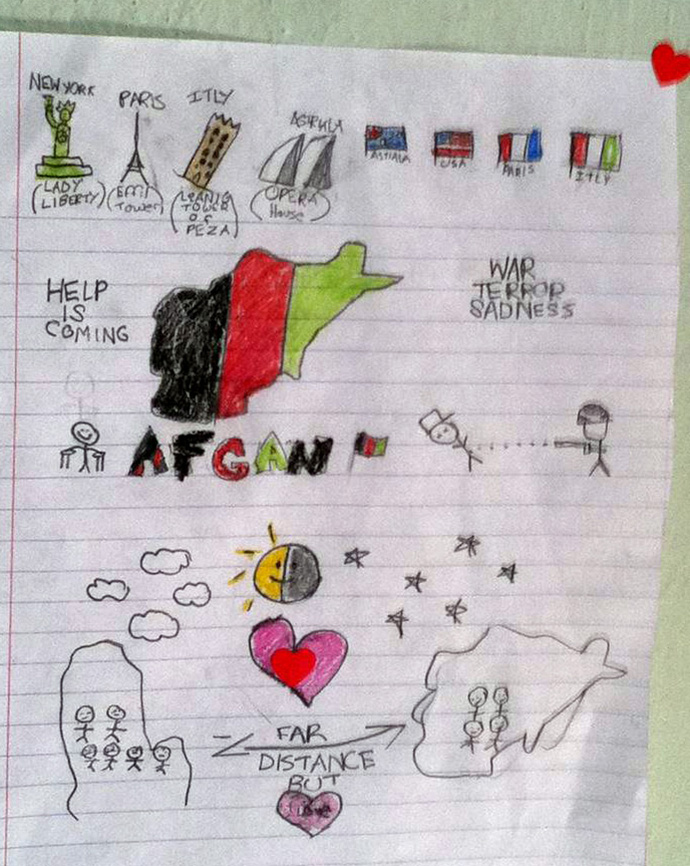 During my stay, I discovered something surprising as I chatted with missionaries there.

About 3,000 Koreans used to visit Afghanistan each year as short-term mission teams. In fact, a mission team of the Saemmool Church was captured in 2007 and two of them were executed by the Taliban. But Afghans thought kindly toward these Koreans who built schools and houses, dug springs, made prosthetic legs for those who lost limbs to mines, treated the sick — all while asking for nothing in return. Afghans felt sorry and shameful that their people killed the kind people.

However, missionaries are not always satisfied with their mission. All the missionaries I met in Kabul were lay members, and they began sharing the difficulties, frustrations and pains they experienced, and they seemed to want to be comforted by the only clergy there. We stayed up all night talking about various issues, some too tough to share here.

The most discouraging and exhausting problems for the missionaries were the feelings that “people are not honest, not good at keeping their promises, lazy and shameless.” When they had that kind of experience repeatedly, they wondered why they were there, questioned their calling and asked themselves whether it was time to pack up and go back home.

After hearing such a story, my heart was heavy on my return to Chicago, leaving my sister-in-law, who had lost her husband, and nieces who lost their father there. As I was thinking about this on the plane, I remembered the reports of an American missionary that I had read during my seminary.

“Koreans are lazy, good at lying, addicted to drinking and gambling, and the learned or the rich have concubines. Koreans are docile and polite, but they have all possible evil customs, singularly except not using opium.”

That was what Korea looked like about 150 years ago.

The Korean Peninsula was divided into North and South as soon as it was liberated from imperialistic Japanese rule in 1945 and then suffered the Korean War, which destroyed everything that was left for three years from 1950 to 1953. So all human and intellectual resources were dried up.

It is known to Koreans that British newspaper columnist Norman Taylor wrote about the situation in Korea during that period, “expecting democracy to flower in Korea is like expecting a rose to bloom in a garbage can.”

On July 2, 2021, the United Nations Conference on Trade and Development raised Korea's status from a developing economy to a developed one. That kind of move was the first by the agency since it began in 1964.

This development is unprecedented in history. If you have any interest in Korea, you may know that the miraculous progress is seen not only in the economy but also in politics and social issues, including human rights, culture and religion.

In the past 30 years, Korea has welcomed 33,000 defectors from North Korea, which Americans believe is one of the most dangerous and terrorist countries in the world.

There are many reasons for Korea's remarkable growth, and I strongly believe at least some credit for it belongs to the missionaries who spread the Gospel of Jesus and planted the Christian spirit into the Korean minds, and who send out bread upon the waters, the Korean Peninsula, even though they were disappointed at times for 150 years.

To be clear, just because Afghanistan has something of a similar history to that of Korea, which has suffered from numerous hardships and colonialism, does not mean that Afghanistan will become just like Korea.

Perhaps Afghanistan today is a country with no expectations and hope, and wishing for change may be like “expecting a rose to bloom in a garbage can.”

But the people I'm worried and care about aren't the Taliban with guns committing extreme, blinded and terrifying acts in the name of religion, but innocent Afghans.

I believe it is time that Korean churches and Koreans who have benefited from the Gospel should think about what they can do for Afghan refugees. At the same time, I ask Christians who have a passion for the Gospel: Isn't it time for our church to think about and help the refugees who have risked their lives to escape from the country?

Who can say that Afghanistan will not be prospering and growing like today's Korea? I pray and hope that someday the Afghans may witness that they have lived by sending bread upon the waters. Because God lives, I am yet optimistic!

Kim is director of Korean and Asian news at United Methodist Communications. Contact him at 615-742-5470 or [email protected]. To read more United Methodist news, subscribe to the free Daily or Friday Digests.