A Texas man faces charges stemming from an email scam that targeted The United Methodist Church’s finance agency, among other organizations. 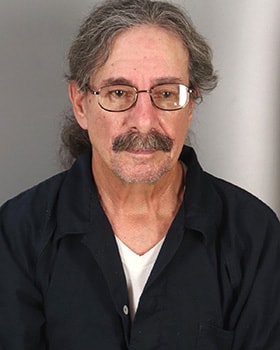 Reuben Alvarez Sr. was indicted on money laundering charges that stem from a scam that targeted The United Methodist Church’s finance agency, among others. Photo courtesy of the Jefferson County Sheriff's Office.
Investigators accuse him of using email scams from March 2018 to August 2019 to steal more than $100,000 from three companies as well as the denomination. The targets were located in multiple states.

The General Council on Finance and Administration’s total loss from fraudulent action was $49,560, said Sharon Dean, the agency’s spokeswoman. The agency’s insurance, she said, reimbursed the full amount, minus a $500 deductible.

Dean added that the agency is taking steps to guard against fraud in the future.

“GCFA is constantly working on ways to improve our security systems.” Dean said.

The agency is responsible for administering millions of dollars that fund United Methodist ministries around the globe. The current general church budget for 2017-2020 is $604 million.

In such scams, the FBI says, a bad actor compromises email to impersonate an employee or trusted vendor and request fraudulent payments or obtain data that can be used for financial fraud. The FBI’s Internet Crime Complaint Center reports that this very common scheme resulted in 20,373 complaints last year, with adjusted losses of over $1.2 billion across the United States.

The affidavit said Alvarez is suspected of scamming the General Council on Finance and Administration for $29,580 in March and $39,375 in April — nearly $70,000.

Dean disputes that total, saying that it is different from the claim the agency filed with its insurance company.

“What we do know is what was obtained through the fraudulent action and what was reimbursed,” she said.

She said the agency has worked closely with law enforcement both in Nashville, Tennessee, where it is based, and in Jefferson County, which is on Texas’ Gulf coast.

To improve security, she said, the agency required all financial services department staff to take three web-based courses on the types of schemes, such as ransomware and phishing, perpetrators commonly use to fraudulently obtain funds.

The General Council on Finance and Administration and other United Methodist agencies also have added an automatic notification to all messages that originate outside their offices that remind recipients that the email did not originate from the internal email server and could be suspect.

Alvarez was arrested on Oct. 10 and remains in the Jefferson County Correction Center on a $30,000 bond.

Apportionment collection rates in 2019 dipped below recent years, but the drop wasn’t as steep as initially projected.
General Church

United Methodist leaders project that by now at least half of the denomination lives outside the U.S.