A total of 355 patients with various ailments from the Chitungwiza and Marondera rural districts benefited from a free medical outreach program conducted by The United Methodist Church. The program targeted people from disadvantaged communities who needed routine treatment, while complicated cases were referred to well-established medical institutions.

The program, which in March gave locals from Xanadu village free treatment of malaria, cancer, diarrhea and HIV/AIDS, saw hundreds being treated while 87 underwent voluntary counseling and testing for HIV/AIDS, with seven new cases being recorded. At St. Michaels Center in Marondera, 67 people living with visual-impairment conditions received treatment.

Dr. Ngoni Mwakutuya, head of the medical team, said the church would continue working with the government and its programs to the fulfillment of the church’s social responsibility.

“We are complementing the efforts by the government in the fight against diseases like malaria, cancer and HIV/AIDS, which continue to pose a threat to the country’s health-delivery system,” he said.

He said that although the outreach program was a success, there was need for more awareness campaigns to educate the people on the importance of seeking early treatment. This need is particularly great in communities where large-scale mining activities have ceased, leaving the inhabitants of these compounds with no jobs to sustain their livelihoods. Also, health facilities at these mines that once served the workers have closed. 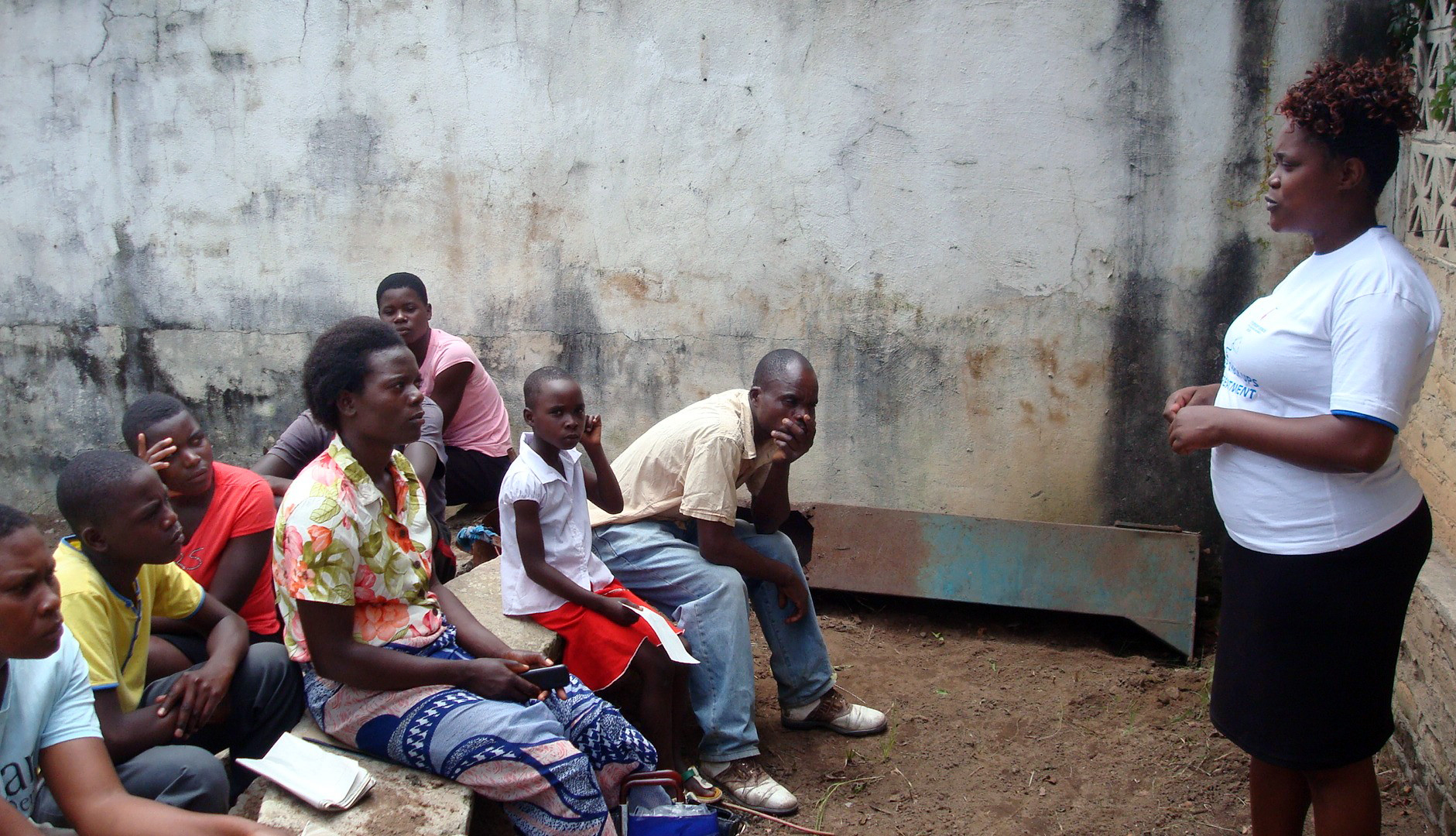 A woman speaks to attendees of a free medical outreach program in Zimbabwe conducted by The United Methodist Church. The program, which targeted people from disadvantaged communities who needed routine treatment, saw hundreds being treated while 87 underwent voluntary counseling and testing for HIV/AIDS. Photo by Kudzai Chingwe, UMNS.

Mwakutuya said he wanted “to urge you all to seek early treatment on these conditions and not wait for these outreach programs only, as some of these conditions can be treated if given early attention.”

Margaret Chipangura, Ministry of Health and Child Care District nursing officer, bemoaned the poor health facilities operating in these abandoned mining communities as a detriment in the fight against diseases like HIV/AIDS in the country. Though reports show the country is making strides against the disease, mining towns remain a hot spot.

“We have realized that new cases of infections in HIV/AIDS are being recorded in areas where people have been resettled under the land reform program and also in the abandoned mining areas where health facilities remain a challenge,” she said.

Recently the Ministry of Health and Child Care also reported that there was a slight increase in new cases of HIV/AIDS being recorded in the country among the married couples, posing a threat in the fight against the pandemic.

“Although we are happy with the locals’ response to voluntary counseling and testing in HIV/AIDS, more still needs to be done by the ministry as what we have seen today can be just a tip of the iceberg.”

Although Zimbabwe’s government carries out routine programs in the low-lying areas — especially in the beginning of rainy season — in its effort to meet a standard health-delivery system for its citizens, several challenges have hindered the fight against diseases like malaria in areas like Gokwe, Binga, Chiredzi, Goromonzi and Muzarabani.

Recently Zimbabwe experienced successive cyclones that destroyed the infrastructure in many parts of the country, resulting in bridges that link communities being washed away, making accessibility difficult.

According to the Ministry of Health and Child Care, the country has recorded 19,863 malaria cases and 34 deaths in 2017, compared to 13,561 cases and 17 deaths recorded last year in the same period.

Government reports list malaria as the second leading cause of outpatient attendance in Zimbabwe. Transmission occurs in 52 of the 61 districts but with varying intensity. Most of these districts are in the low-lying areas of the country characterized with high temperatures. The most malaria vulnerable groups are children below the age of 5, pregnant women, the elderly and people living with HIV and AIDS.

Some locals who were treated during the outreach program said that they had benefited from the free treatment, as most people could not afford paying for treatment due to the prevailing economic conditions in the country.

“I want to thank The United Methodist Church for coming up with such a program because people were dying in their homes after failing to access funds for treatment,” said local villager Sibongile Mutongo.