“City of angels” is one of the names this Mexican metropolis goes by.

Those attending the International Association of Methodist-related Schools, Colleges and Universities conference here this week could swear they encountered angels in the form of students from Universidad Madero, a Methodist school on Puebla’s outskirts.

The conference took over the campus, and the students, fluent in English and clad in red-and-white university T-shirts, constituted a mass concierge team, doing everything from pouring coffee to running PowerPoints to providing impromptu translation to holding umbrellas during afternoon rains.

Students at Universidad Madero, a Methodist school in Puebla, Mexico, have won kudos for their role in supporting the IAMSCU conference being held on the campus May 26-31. Photo by Sam Hodges, UMNS.

“Whatever you needed, they would help you,” said Ligia Istrate, a Methodist and historian who came from Romania. “And I was very impressed by their politeness and humbleness.”

The Rev. Teruki Takada, attending from Japan, put it even more strongly.

“You get healed by this kind of hospitality,” he said.

The once-every-three-years IAMSCU conference brings together a broad range of people involved one way or another in Wesleyan Christian education. The meeting moves among regions of the world, and this was Latin America’s turn to host.

IAMSCU leaders had lots of options, but chose Puebla.

Puebla is Mexico’s fourth-largest city. Along with modern amenities and a mountainous horizon, it is known for Talavera pottery, fine Mexican cuisine, outstanding museums and an abundance of colonial-era architecture. A massive Volkswagen plant is among its industries.

The city’s selling points for IAMSCU included the presence of a Methodist university that could serve as host. Marcio de Moraes, IAMSCU president, also noted that Puebla holds an important place in the history of Methodism and Methodist education within Mexico.

Puebla, like all of Mexico, was and is a Catholic stronghold. But Methodist mission work began in the country in the 1870s, and Puebla was one of the first sites. By 1874, a Methodist school was underway here, and Methodist education has been strong in the city ever since. 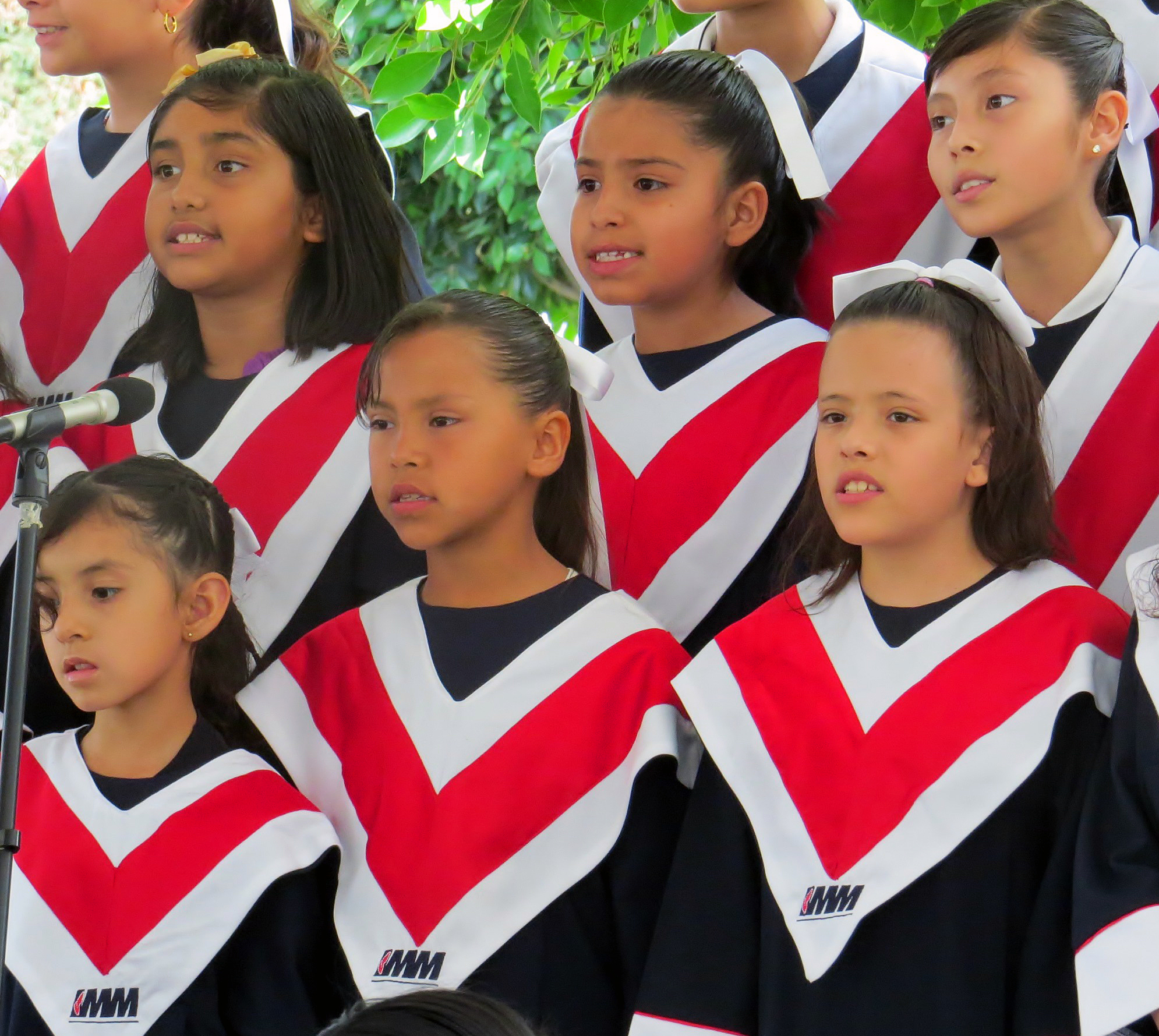 A choir from the local Methodist school performs as part of May 28 opening festivities at the International Association of Methodist-related Schools, Colleges and Universities conference, on the campus of Universidad Madero, in Puebla, Mexico. Photo by Sam Hodges, UMNS.

Retired United Methodist Bishop Elías Galván, a Mexico native, attended a Methodist boarding school in Puebla in the 1950s. (He also served two rural churches while a student there, and got to them by bus, car and sometimes a horse, he recalled.)

Universidad Madero began 35 years ago, with just two programs. It’s up to almost 1,500 students, offers a range of majors, and has a branch in the Mexican state of Oaxaca. Students are required to do volunteer service.

“We’re making a huge impact with the values we have in our education system,” Rugama said.

The word “Madero” refers to Francisco Madero, a hero of the Mexican Revolution that began in 1910. At IAMSCU’s conference here, Philip Wingeier-Rayo, a former United Methodist missionary and currently a professor at Austin Presbyterian Theological Seminary, spoke about the key role of Methodists in advancing that revolution.

Job Cesar Romero, president of Universidad Madero, noted that Methodists pastors and teachers from Puebla were among those fighting for a more democratic Mexico.

Methodists remain a small minority of the population of Mexico, including Puebla. The city has eight Methodist Church of Mexico churches, among them a beautiful old sanctuary downtown informally known as “Emmanuel.” 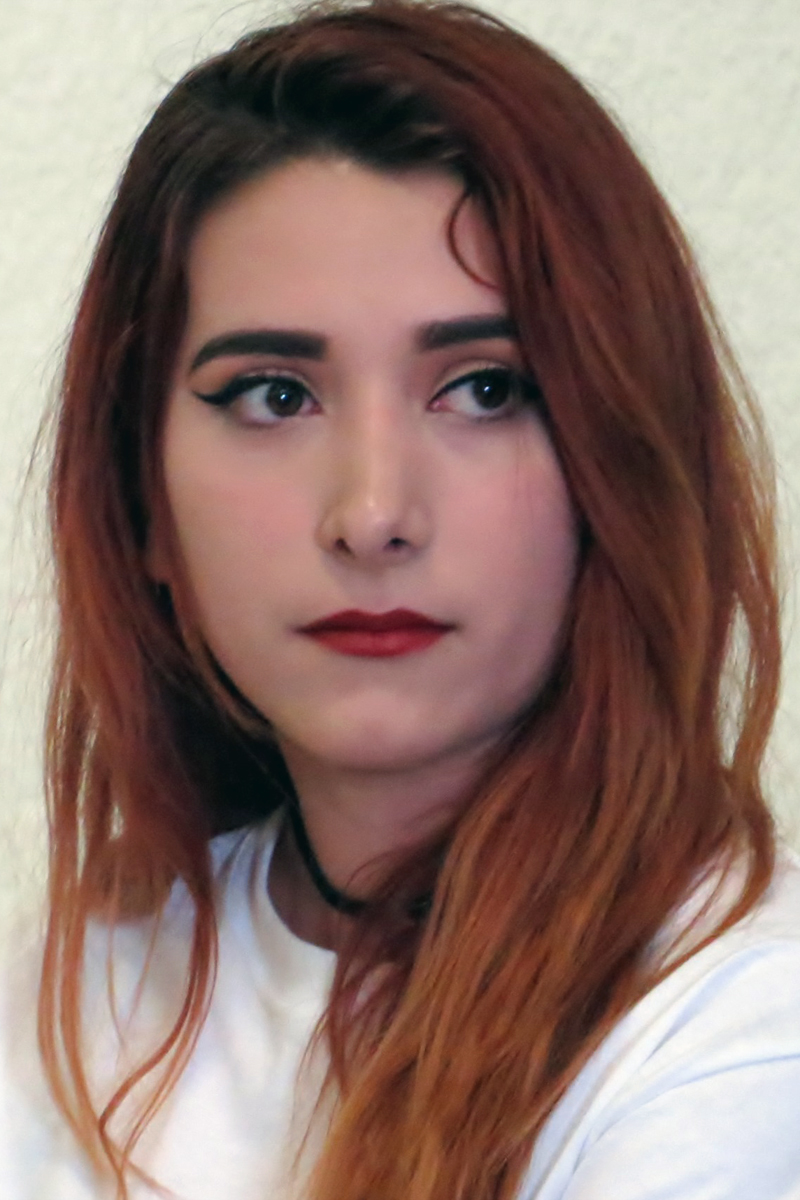 Natalia Jimeñez Pastrana, a student at Universidad Madero, joined in a May panel discussion on immigration at the IAMSCU meeting in Puebla, Mexico. Photo by Sam Hodges, UMNS.

IAMSCU participants went by bus on May 28 to another Methodist church in Puebla, El Buen Pastor, for worship. The small church sponsors a free medical clinic for the neighborhood, said the Rev. Pedro Moreno Cano, pastor.

When church service was over, participants headed back to Universidad Madero for the opening ceremony of their conference. Some of the Methodist schoolchildren had created an art exhibit for the event, while others performed in a choir, orchestra or dance troupe.

Meanwhile, the Universidad Madero students kept everything running smoothly, often seeming to anticipate the needs of the conference participants. A few even donned traditional Mexican clothing and Aztec garb, prompting many photo-ops with the IAMSCU visitors.

“They’ve all been so excited about welcoming us, and they’ve been so reciprocal when we’ve said ʻthank you,’ and in a way that’s very deep,” said Jennifer Braaten, IAMSCU vice president and president emeritus of United Methodist-related Ferrum College in Virginia.

One of the students, Natalia Jimeñez Pastrana, was asked to join a May 28 panel discussion reacting to a keynote address on immigration by United Methodist Bishop Minerva Carcaño.

The college junior spoke eloquently and with passion on the issue, and then offered gratitude to IAMSCU for choosing Puebla and Universidad Madero for the conference.

“I cannot believe the amount of people from all over the world who are coming to my school to talk about things that really matter,” she said. “This is a once-in-a-lifetime experience.”