When Stacey Mitchener first visited Impact Church, it was love at first sight.

She found the United Methodist congregation inviting and the music ministry inspiring. She also soon found herself bringing up the pastor’s sermons when chatting with friends.

“Very quickly, it became evident that I was being fed at Impact so I became an Impactor, along with two of my other girlfriends,” the lawyer said.

Outreach Magazine, which each year tracks the 100 fastest-growing Protestant churches with more than a 1,000 in average attendance, ranked Impact as 56th on its 2016 list. Impact reported 22 percent growth — 449 more worshippers — in attendance from the previous year. Altogether, Impact has an average worship attendance of 2,250, according to the most recent denominational statistics. 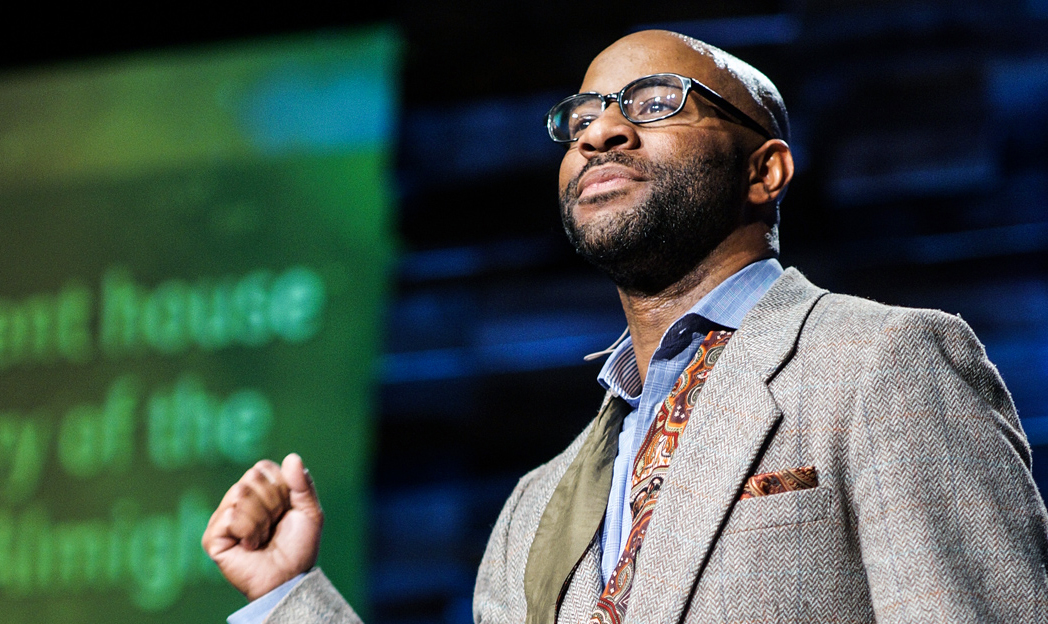 The Rev. Olu Brown, founding pastor of Impact Church, leads worship at the fast-growing congregation. “We have to be willing to plant churches differently,” he said. Photo courtesy of Impact Church.

The other United Methodist congregation on the magazine’s list was Embrace Church in Sioux Falls, South Dakota, at 28th. That congregation is a veteran of Outreach’s rankings.

Something else Impact and Embrace share in common: Both were chartered less than 10 years ago. They are just two examples of a trend in The United Methodist Church — church plants that are successfully making disciples of Jesus Christ and transforming both individual lives and their broader communities in the process.

In all the news of shrinking church attendance in the United States, it’s easy to overlook that starting new churches is one area where The United Methodist Church is showing strength.

Between 2013 and 2015, United Methodists have started 510 new congregations in the United States, and 610 new churches in the central conferences — church regions in Africa, Asia and Europe.

However, a number of church leaders think the denomination can do better.

“We are trying to start a movement,” said the Rev. Bener Baysa Agtarap, the head of Path 1.

Between 2013 and 2015, United Methodists have started 510 new congregations in the United States. Of those, 228 — or 44 percent — are congregations that are not predominantly white.

A survey by LifeWay Research found:

Since its founding in 2008, Path 1 has worked with conferences, districts and local congregations to help create new places for people to connect with God. Path 1 provides training, shares best practices and works to spread innovative ideas across conferences — especially in the United States where denominations across the theological spectrum are seeing declines in attendance.

“The truth is that even if you have 10 churches in a ZIP code, you will find that there are still 70 percent of the people in the area who are unreached by the gospel of Jesus Christ,” said Agtarap, who personally has planted new churches wherever he has served. “It’s still true that the harvest is abundant, and the laborers are few.”

The Rev. Olu Brown — Impact’s founding pastor and a member of Path 1’s initial advisory group — is among the church leaders who thinks that aspiration is attainable.

“We have to be willing to plant churches differently and instill in people a passion for reaching people for Jesus Christ in any way and all ways,” he said.

In some ways, Brown said, churches are like businesses trying to enter a new market.

“If you are in the hot-dog business and find out that there are 50 other hot-dog stands in your area, you’ll do either one of two things: You’ll either not do it or you’ll do it differently.”

Impact has taken as its tagline “doing church differently.”

For the congregation, Brown said, that means an emphasis on using technology to reach people and providing a “casual, nonjudgmental space” where people feel welcome no matter their status. Worshippers do not need to be decked out in “Sunday-go-to-meeting” clothes.

In addition, Impact — unlike many other predominantly African-American churches — keeps its worship services relatively short at an hour or an hour and 15 minutes.

The congregation also has replaced the Sunday-school hour with small groups that meet throughout the week around the city and even sometimes online.

Since Impact’s first worship service 10 years ago, Brown also has realized that a key to the church’s identity is how it develops deep and abiding relationships in its community. He particularly delights in the partnerships the church has developed to support the staff and students of five local schools.

Relationships have played a role in the church’s growth. 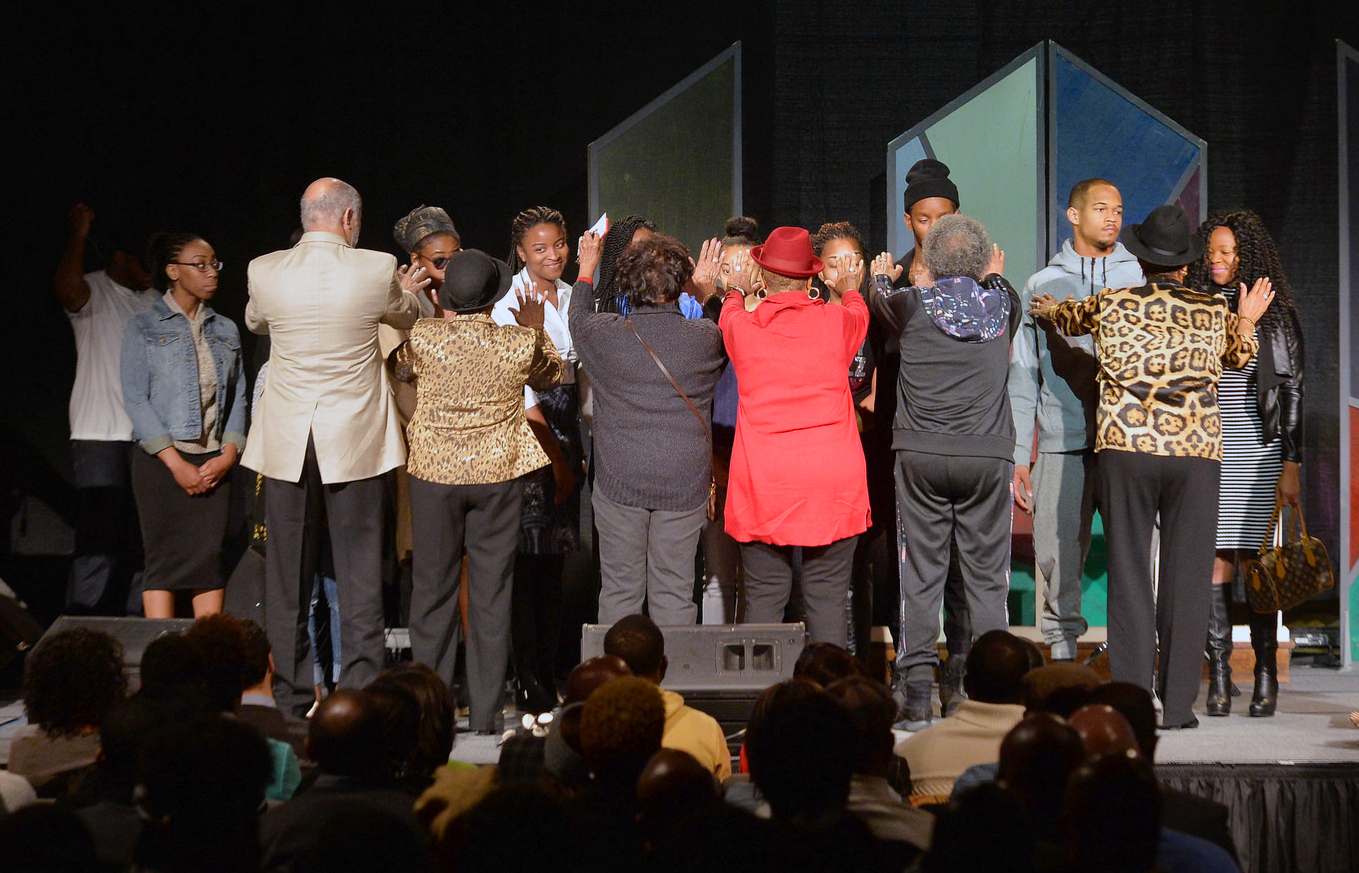 Impact strives to be a “casual, nonjudgmental space” where people feel welcome no matter their status or where they are in their Christian walk. Photo courtesy of Impact Church.

Kermit Payne first attended Impact about seven years ago at the invitation of his dentist and has been attending ever since. He now helps lead the Men of Impact ministry.

“The church members connect with you from your first visit,” he said. “There are stimulating activities for all Christian perspectives and levels of engagement.”

For Mitchener, the church’s personal connection made a huge impression. She was deeply touched when, after she had major surgery in 2010, Brown brought Holy Communion to her.

“I’d attended my former church for over 15 years, and I’d never received so much as a phone call from the church on any occasion,” she said. “Here I was, an Impactor for less than a year, and the pastor took time to visit me in my sickbed, and to come to my house just so I wouldn’t miss communion.”

Since becoming part of Impact, Mitchener has completed the church’s adult confirmation class, participated in mission and led small groups. She’s now in her third year serving on the congregation’s leadership team.

“I can honestly say that becoming an Impactor was one of the best decisions in my life,” she said.

“Impact has poured so much into me that my light so shines for others to see.”