When young Stephen Crane went to family reunions, he was surrounded by Methodist preachers. At one such event in 1874, 14 of them attended, including his father and maternal grandfather and a great uncle who was a bishop.

Crane (1871-1900) would go the other way, smoking, drinking and keeping the company of prostitutes, while creating a groundbreaking body of literature, notably “The Red Badge of Courage” — before dying at age 28 of tuberculosis.

Though he fled Methodism, the prodigal preacher’s kid couldn’t quite escape its influence.

“To understand Stephen Crane you really need to understand where he’s coming from, spiritually and emotionally,” said Paul Sorrentino, a professor of English at Virginia Tech. “Even though he’s going to rebel against a lot of the doctrines, and the strict orthodoxy, it shapes his psyche.”

Sorrentino’s new biography “Stephen Crane: A Life of Fire” (Harvard University Press) culminates three decades of research and writing about the author. The book is getting attention, with The New York Times saying it “skillfully amplifies our knowledge of a singular American artist and his brief, uncompromising life.”

“Not at all,” he said. “I found myself at times reading (about Methodism) and thinking, ‘Oh, gosh, I’m in over my head.’ I have enough struggle understanding my own Catholic faith.” 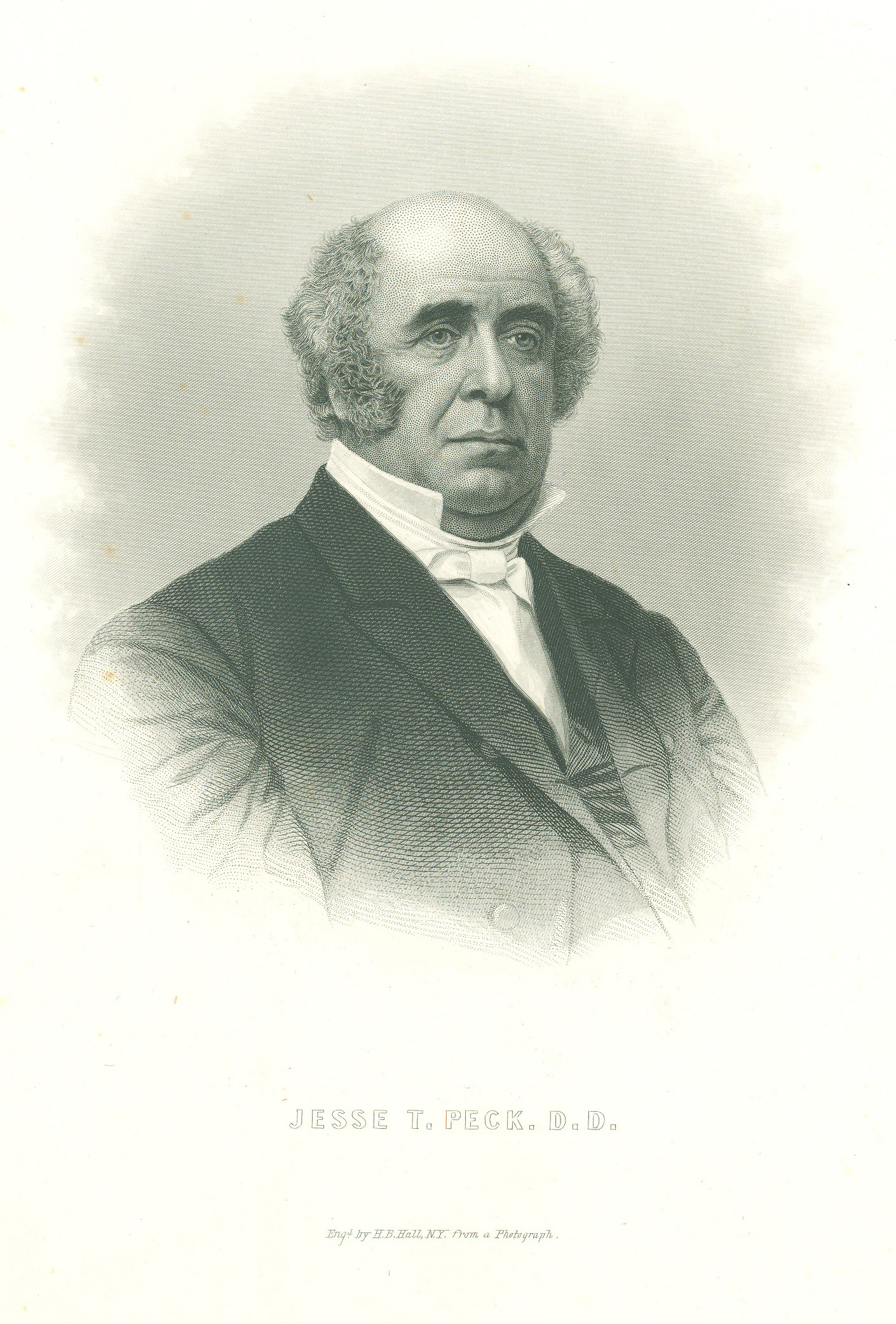 Bishop Jesse Truesdell Peck, of the Methodist Episcopal Church, was a great-uncle of author Stephen Crane. Photo courtesy of the United Methodist Commission on Archives and History

Crane, as The New York Times’ review of Sorrentino’s book points out, was the first “rock-star writer,” achieving international fame with “The Red Badge of Courage,” written in his early 20s.

Along with its innovative narrative techniques and color-saturated descriptions, the book offers what many critics consider to be the most penetrating psychological account of the Civil War soldier’s experience — a remarkable thing, since Crane was born after the war, and never served in the military.

Though he was a prodigy in producing “The Red Badge of Courage,” it wasn’t his first book. As a student at Syracuse University — a Methodist school — Crane wrote a draft of “Maggie: A Girl of the Streets,” a novella depicting slum life.

For an American writer to choose such a subject, and write about it in a vividly realistic way, was unprecedented.

“He’s only 19, and he’s a first-year student,” Sorrentino said. “When I was a freshman, I could barely put together a paragraph. Here’s a kid who’s revolutionizing literature.”

Before his early death, Crane would write a handful of other novels, as well as poems and children’s stories. He covered the Greco-Turkish War and Spanish-American War as a newspaper correspondent, and certain of his short stories, such as “The Bride Comes to Yellow Sky,” “The Blue Hotel” and “The Open Boat,” based on a shipwreck he experienced trying to get to Cuba, are much-anthologized classics.

“When he’s alive in the 1890s, he’s considered the most important young American writer of the time and the one who’s going to lead American literature into the 20th century,” Sorrentino said.

Crane’s celebrity owed also to his flouting of convention in his personal life. For example, his longtime companion was Cora Taylor, six years older than he was, married to another man, and the proprietor of a brothel and gambling house, Hotel de Dreme, in Jacksonville, Fla.

In Crane’s last years, they lived together in England, chronically in debt, but enjoying the friendship of the writers Joseph Conrad, H.G. Wells, Ford Maddox Ford and Henry James. 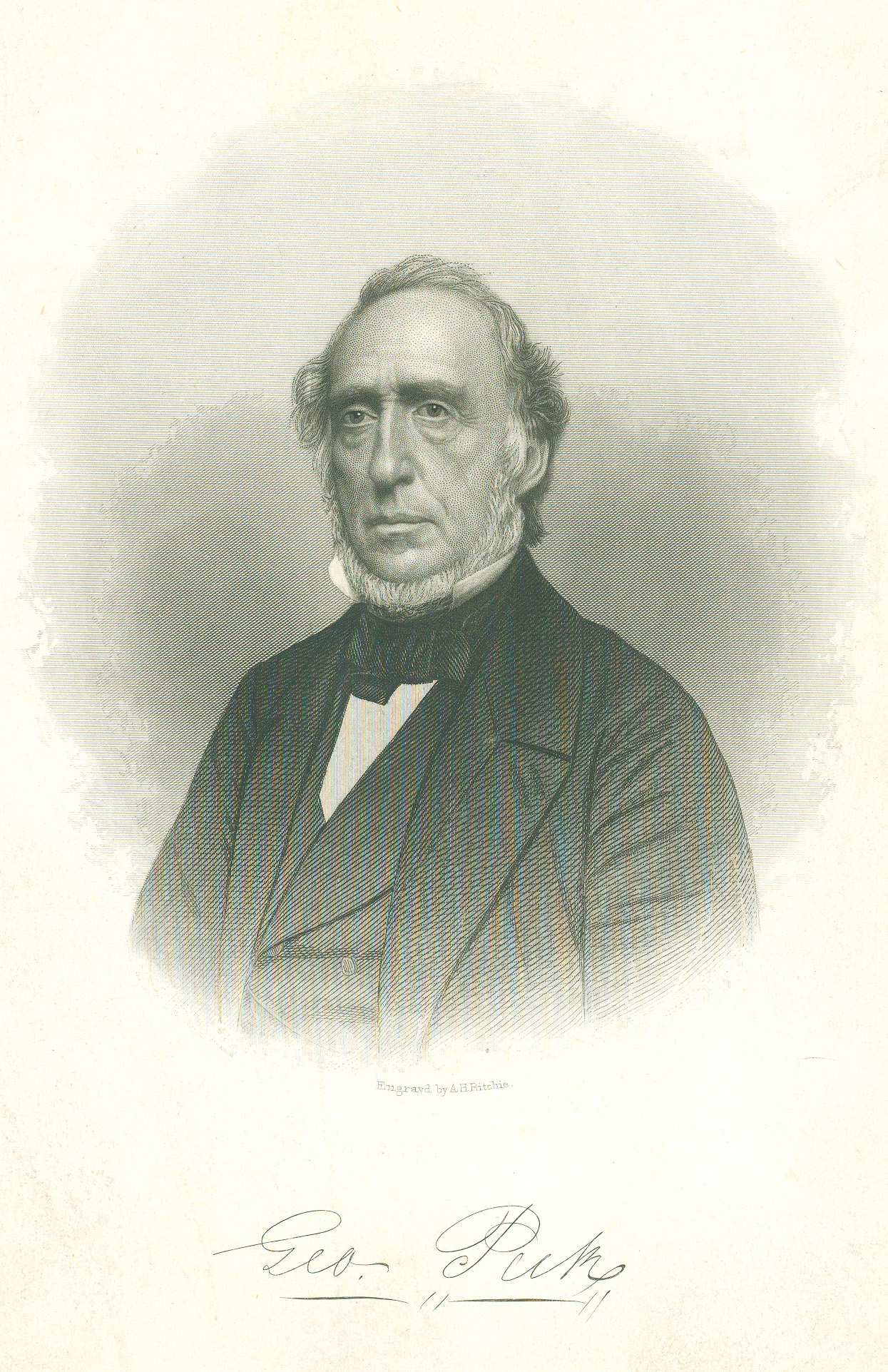 The Rev. George Peck, grandfather of author Stephen Crane, was an important clergyman, editor and author in the Methodist Episcopal Church. Photo courtesy of the United Methodist Commission on Archives and History

Child of the church

As Sorrentino’s biography makes clear, Crane emerged into his artistic, bohemian adulthood from about as Methodist an upbringing as can be imagined. This included birth in a Newark, N.J., parsonage, and residency in both Asbury Park, N.J., named for Francis Asbury, a key figure in American Methodism, and Ocean Grove, N.J., a center of Methodist camp meetings.

Sorrentino writes that Stephen Crane’s grandfather, the Rev. George Peck, “shaped the direction of Methodism in the nineteenth century” as editor of the Methodist Quarterly Review and the Christian Advocate and Journal, as well as presiding elder of a conference in Pennsylvania. Peck’s four brothers were all Methodist pastors, and one was Bishop Jesse Truesdell Peck, co-founder of Syracuse University.

As a boy, Stephen Crane would be given the bishop’s 1858 tract “What Must I Do To Be Saved?”

“Stephen would do all the opposite of what’s in the book,” Sorrentino said, adding that it nonetheless informed the theological struggles that surfaced in Crane’s adult writings, particularly the poems.

Crane’s parents were writers, and social activists, working to end slavery and give women the vote. The Rev. Crane was, for much of his career, highly respected in the Methodist Episcopal Church, a predecessor of The United Methodist Church. He served four times as a delegate to General Conference and oversaw two districts as presiding elder.

But Sorrentino devotes a chapter, titled “The Holiness Controversy,” to explaining how one of the Rev. Crane’s theological books came under harsh, personal attack from fellow Methodists.

Crane’s father would lose his presiding elder’s post and have to go back to itinerant ministry. The controversy played out when Stephen Crane — the youngest of nine surviving children — was a small boy.

“The young Crane may not have been aware of the complexity of what’s going on, but I’m sure he sensed there was some problem,” Sorrentino said. “It’s a real turning point in the Crane family.”

Sorrentino’s biography deals with how Methodist itinerancy itself affected Crane, the frequent moves reinforcing his outsider identity. Crane’s parents were so busy with their own Methodist-related work that they left young Stephen in the care of his beloved older sister Agnes, and he was devastated at her death from cerebrospinal meningitis at age 28.

Sorrentino concludes that Crane, while not an atheist, struggled with the idea of a loving God.

But Crane was complex to the point of contradiction, and late in his life both collected and showed off the books of his Methodist pastor forebears. His funeral, on June 28, 1900, was held at the Central Metropolitan Temple, a Methodist Episcopal Church sanctuary on Seventh Avenue in New York.

Among the hymns sung: “Nearer My God to Thee.”