Two United Methodist-related theological schools are taking steps to have allocations from the Ministerial Education Fund reinstated after an embargo was placed on those funds.

Claremont (Calif.) School of Theology and United Theological Seminary in Dayton, Ohio, were placed on public warning Jan. 21 by the University Senate, a sanctioning body within the denomination that determines which schools meet the criteria for listing as institutions affiliated with The United Methodist Church. The fund embargoes took effect Feb. 1. The two institutions will remain listed as "United Methodist-related" while they respond to the Senate's concerns by May 1.

"The funds are embargoed, which doesn't mean they have gone away or been reallocated someplace, but until there is some different action by the University Senate, they will be held," said University Senate president Marianne E. Inman.

The Senate cited both schools' failure to transmit their most current audit and management letter, as well as United's audit and management letter from the previous year. Claremont was cited also for failing to consult fully with United Methodist authorities in a substantial reorientation of the institution's mission and proposed transformation from a school of theology to a university with schools of ministry.

In 2008, the Claremont Board of Trustees approved new statements of mission and vision to develop a graduate-level theologically focused university. The Claremont University Project, funded by a $10 million grant from a trustee and his wife, will invite ecumenical partners to create affiliated schools and centers to offer professional religious education in their respective traditions while contributing to an interreligious curriculum to be offered by the university separate from the School of Theology, which under the plan would retain its United Methodist affiliation. 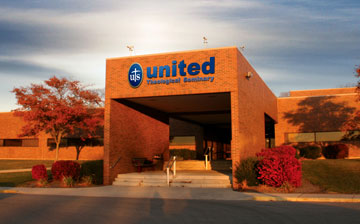 Claremont Board Chair Sandra N. Bane said, "I am very disappointed that the (United Methodist) church is halting funding during this time of Claremont's growth. &ellipsis This action forces us to seek funding from sources other than The United Methodist Church so that we might maintain commitments to our dedicated students and faculty."

Claremont must undergo a full institutional review to evaluate its new mission, formal acts of incorporation, organizational structure and operation. Both schools must submit their most recent budgets and a five-year business plan, and each will host an on-site inspection by the Senate.

"The Senate actually sent a review team out last spring and heard all about the University Project. We thought we'd been acting in good faith; we're continuing trying to do that," said Claremont director of communication Jon Hooten.

"This action is not a statement about the quality of education at Claremont," said Claremont president Jerry Campbell in a statement on the school's Web site. "Our students continue to be attracted by our faculty's reputation for excellence and innovation. And our graduates remain eligible for ordination in The United Methodist Church."

'A small piece of the picture'

Following its Feb. 5-6 meeting, United's Board of Trustees accepted the completed 2009 Audit Report and approved a financial plan for the Spring 2010 semester that allows the seminary to fulfill its financial commitments during the period of withholding of funds, an amount United president WendyJ. Deichmann Edwards estimates "could be as high as $300,000 to $400,000." She said the university is scheduling a mid-April site visit by University Senate representatives and continuing to proceed with its appeal process.

The University Senate will consider the institutional reviews at its June 23-24 meeting. According to Inman, if the group is satisfied with the actions taken by the institutions and removes the public warning, it will recommend that the United Methodist Board of Higher Education and Ministry release Ministerial Education Fund allocations. If the Senate reaches a negative decision in either case, that institution will have 90 days to submit a formal, written request for reconsideration.

Edwards said she hopes the situation can be resolved sooner. "There is a provision in the guidelines for a special meeting. I'm hopeful they would entertain that possibility given that the withholding of funds is a rather extreme measure and puts a hardship on the institution.

"This is a small piece of the picture of everything that's going on at United," she added. "I wish the whole world could see that."

General Board of Higher Education and Ministry