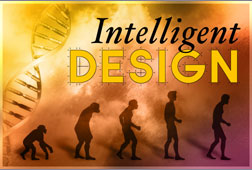 It’s possible to believe in God and evolution, said the Rev. Adam Hamilton, pastor of the 13,000-member Church of the Resurrection in suburban Kansas City, Kan.

He does, and his sermon describing his beliefs — part of a series last winter on science and religion — was well-received by his United Methodist congregation, situated in the midst of the hotbed of the intelligent design debate. He believes God used evolution in Creation.

“I believe that evolution is a process itself that was designed by God,” he said. “I don’t personally see an affront to my faith in evolution, provided evolution is taught as a mechanism and there is no attempt to say evolution is a completely unguided process.”

His is one of many answers to the age-old question: Where did we come from? This question has roused curiosity and conflict for centuries and evoked our most basic beliefs about ourselves, our universe and our faith. Did we come from Adam or apes? Could we have come from both? Are we merely the lucky benefactors of natural selection or created with purpose as part of a broader plan?

Another question has been more rousing in recent months — what should we teach children in science class? Darwin’s theory of evolution is widely accepted as scientific fact, but for many it is at odds with the creation account in Genesis, which teaches that God created Adam not in an ape’s image but God’s own. Intelligent design asserts that because the universe is so complex, it must have been created by an unseen force, an intelligent ‘designer,’ and President Bush has suggested this notion be taught in public schools alongsi de evolution to balance the debate.

Evolution and intelligent design have divided school board meetings across the country. In Pennsylvania, eight of nine school board members who supported requiring that a statement on intelligent design be read in classrooms were voted out in the November elections. A federal judge there said he would rule by January on whether the statement is constitutional. But in Kansas, the state school board adopted statewide science standards last month, noting parts of evolution theory that have been challenged.

The 11-million-member United Methodist Church takes no position on evolution or intelligent design but asserts in its Book of Discipline that “science is a legitimate interpretation of God’s natural world. We affirm the validity of the claims of science in describing the natural world, although we preclude science from making authoritative claims about theological issues” (Social Principles, “Science and Technology”).

Critics of intelligent design say its proponents seek to sneak faith into science class by  disguising it as scientific theory. Richard Duhrkopf, associate professor of biology at the Southern Baptist-affiliated Baylor University in Waco, Texas, said evolution is not at odds with Christianity.

“One can easily view the evolutionary process as a creative process,” said Duhrkopf, a United Methodist who spoke out against intelligent design when he felt his school might lose credibility for supporting it. “Evolution is a mechanism. And why can’t it be a mechanism that God would use?”

However, he criticizes intelligent design proponents for using faith to explain gaps in science.

“That doesn’t have to mean that we have to say God did it in a supernatural way,” he said. “It just means we have a gap in our knowledge.”

Many of those opposed to intelligent design, like Wesley R. Elsberry of the National Center for Science Education in Oakland, Calif., believe it is a new label for creationism.

“This is the same old thing taking another shot at forcing (faith) into high school science curriculum,” said Elsberry, a United Methodist.

But intelligent design is scientific theory, said Bill Harris, professor of medicine at the University of Missouri-Kansas City and a member of the Church of the Resurrection. He believes science students should hear about challenges to evolution that could point to a designer, and that they should discuss this designer with their families. He feels many are reluctant to endorse intelligent design for political reasons, not wanting to be labeled as fundamentalist Christians.

“This isn’t a religious issue,” said Harris, also a researcher of heart disease. “It’s a scientific issue that has religious and philosophical implications. But it is fundamentally a scientific question. Is there evidence of design in the world? I would say yes there is.”

Hamilton does not believe intelligent design is an alternative to evolution, nor does he believe Genesis’ account of Creation is a literal history. He feels it is a lesson in more profound truths.

“There is a God in the heavens; that human beings were created with a soul,” he said. “Scientific theories will come and go, but the most important truths are the truths about ultimate reality — where we came from and why we’re here — and that’s what Genesis tries to teach. And if we read Genesis in that light, we will not find a conflict between evolution and Methodism.”

*Green is a freelance writer based in Nashville, Tenn.

God's Creation and the Church

Where did we come from? (Sermon by Adam Hamilton)

What is The United Methodist Church's position on evolution?