Anyone who has gone to college knows that the costs can sometimes create a bigger burden than the studying, lectures and exams. Worrying about finances can take away from the joy and excitement of learning. The costs can almost outweigh the benefits of the education. However, one foundation in the Alabama-West Florida Annual (regional) Conference has dedicated itself to those needing some help to serve God.

The Stegall Seminary Scholarship Endowment Foundation was formed in 2007 to provide financial support to seminary students from the Alabama-West Florida area. When the Rev. Karl Stegall was a district superintendent, he saw firsthand so many heartbreaking situations where seminary students, especially those with families, could not afford the cost of a seminary education.

"Many struggled to pay their basic living expenses, much less their tuition at seminary, " Stegall said. "As a result, the majority of our seminary students back then took out student loans to help them make ends meet. Financial strain often leads to marital strains, and as a result, many of our finest prospective ordained ministers that would have made wonderful pastors decided to quit."

However, one day Stegall was struck by the words of famed theologian Karl Barth: "When the line of human needs crosses that line of your ability to respond to that need, that is your cross, and that is what God has called you to do!"

After reading that passage, Stegall vowed to dedicate the remaining years of his life to providing financial assistance for seminary students. When he was appointed senior pastor of First United Methodist Church of Montgomery, Ala., in 1983, he began a "faith-promise" scholarship program, inviting 35 families to become partners with 35 seminary students by providing seminary scholarships.This continued until his retirement in 2007, when he founded the Stegall Foundation.

Through various efforts, the foundation has raised more than $6 million for scholarships, with an additional $6 million promised in the future, thanks to conference members including it in their wills. 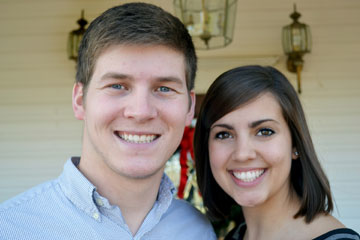 Stegall cites a secret to the foundation's success: "serving among people who have a strong sense of biblical stewardship and clearly understand our great need to support seminary students."

Whenever possible, the foundation adds a personalized touch by placing pictures and names of scholarship recipients in quarterly brochures and on its website.

With all the students the foundation helps, those personal testimonies are plentiful.

Joe Driver, a recent Asbury Theological Seminary graduate currently serving at Gulf Breeze (Fla.) United Methodist Church, said Stegall "personally came to campus several times a year to meet with us and encourage us that there were lots of people back home that cared for us. I honestly would not have been able to go to seminary without the support and prayers of the people who have so generously given to the foundation."

Angie Long, currently studying at Candler School of Theology, Emory University, said, "The Stegall Scholarship Program has taught me what it means to live in a community of faith and to answer God's call. Most (donors) have never met me or my family and yet continue to give of themselves through their prayers and financial support."

Gabe Holloway, another recipient at Asbury, was able to share some of his heartbreaking and poignant story about how the foundation supported him and his wife, Lynne, after the loss of their newborn daughter, Annie.

"One of the things that I have stressed to donors is that they have been an incredibly important part of Annie's life and our ministry to people through her life and death. The foundation's support not only met practical needs like medical bills, living expenses and seminary tuition, but it (also) was a reminder that there was and is a larger community &ellipsis holding us in love and care."

He expressed hope that "the blessing of the donors' giving was, is and will be returned through my ministry, especially a ministry ... informed by the incredible loss of my little girl."

Gifts to and from the foundation are not only monetary. Stegall said people have donated several cars for seminary students needing transportation.

"When he was accepted, he sold all of his material possessions and purchased an old, used van with nearly 200,000 miles on it and drove his family of five over a thousand miles to Princeton, entering the program last September," Stegall said.

"A physician here in Montgomery, Sandy Benkwith, gave me a used car to give to him and his family. When I arrived at Princeton last Friday and gave Ed and Emily the car, I wish everyone could have seen the great feeling of gratitude and emotion that he and his wife expressed over that one simple gift."

One universal statement from all who have benefited from the scholarships is that they could not express their thanks enough for the difference the foundation has made in their lives.

"One of my hopes and dreams might be that our humble efforts might inspire some individual, or some church, or some board of ordained ministry across United Methodism to join in similar efforts to help our seminary students," Stegall said.

*Cross is a freelance writer in Nashville, Tenn.