Bishop Alonzo Monk Bryan, known for his sense of humor and deep spirituality, passed away Saturday, Aug. 20, in Dallas. He was 97.

Bryan, who was known as Monk, served as Nebraska Area bishop of The United Methodist Church from 1976 to 1984.

"Humorous, joyful, intelligent, these are just a few words that describe who Monk Bryan was," said Nebraska Area Bishop Ann B. Sherer-Simpson. "His commitment to Christ and to The United Methodist Church enabled him to lead the Nebraska Conference (Area) well. He continued serving throughout his retirement, and we celebrate his life in ministry."

Retired Bishop William Boyd Grove of Charleston, W. Va., described his longtime friend as "a marvelous preacher, a good bishop and a good man &ellipsis with a strong sense of humor and tremendous faith."

Grove said that Bryan always had a quick wit, recalling an email that Bryan signed as "The only Monk you know who's married." 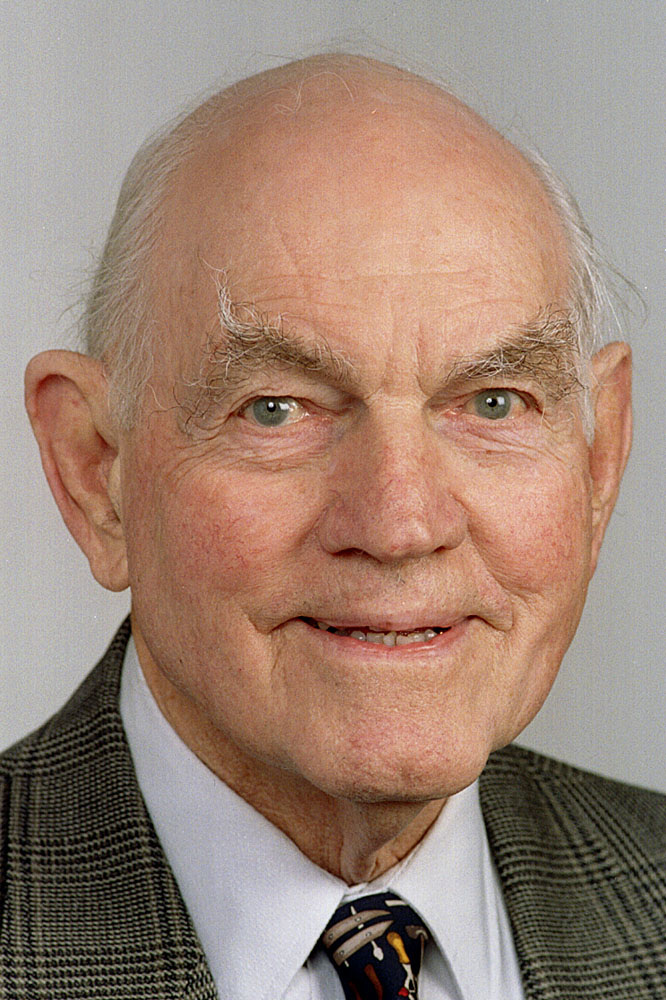 In 1939, Bryan was ordained deacon as a member of the St. Louis Annual Conference, which is now the Missouri Annual Conference. He served churches in the Central Texas and Missouri conferences, including Missouri United Methodist Church in Columbia, Mo., which he led from 1957 to 1976.

The Rev. Richard Turner remembers the bishop fondly. Under Bryan's leadership, Turner served as district superintendent for what was then the South Central District in the Nebraska Annual (regional) Conference.

Turner said every bishop comes with special gifts. Bryan's gift was his focus on spiritual nurturing, or what United Methodists call pastoral care. Another strength Turner recalled was Bryan's ability to bring cabinet members together for quiet centering and prayer time as each leadership meeting began.

"I appreciated the careful way in which he tended to spiritual matters for his cabinet leaders," Turner said.

Bryan's Texas roots remained important to him throughout his life. 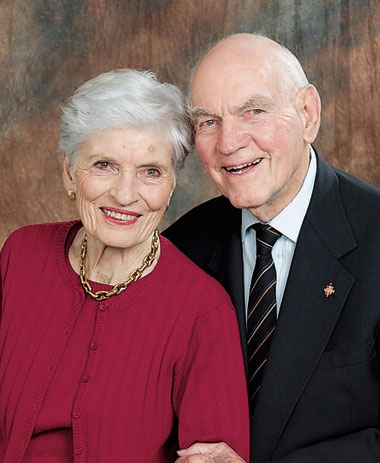 Twila and "Monk" Bryan. A UMNS web-only photo courtesy of the Council of Bishops.

"He had a saddle in his office," Turner recalled. "He was sort of a cowboy at heart, but at the same time he loved classical music."

Grove added that his friend cherished the history of Methodism in Texas, a history many in his family had lived. "Oh yes, he was very proud of being a Texan," Grove said.

Bryan married Corneille Downer of Waco, Texas, in 1941, and they were blessed with three children. His family's tradition of ordained ministry continued with his son, the Rev. Jim Bryan and grandson, the Rev. Andy Bryan.

Corneille Bryan passed away in 1989. In 1992, he married Twila Stowe, widow of Bishop William McFerrin Stowe. They lived in both Dallas and Lake Junaluska, N.C., until moving to Presbyterian Village North, a retirement home in Dallas.

Bryan is survived by his wife, Twila, of Dallas; daughter Lucy Barlow, and her husband, Sam, of Dallas; sons Robert Bryan, and his wife, Virginia, of Madison, Wis., and Jim Bryan and his wife, Caryl of Columbia, Mo.; and his seven grandchildren and four great-grandchildren. Extended family also includes Twila Bryan's children, Bill and Mary Frances Stowe; Twila and Bob Gass; and Martha Stowe and Ken Benson.

A memorial service will be at 10 a.m. Wednesday, Aug. 24, at First United Methodist Church in Dallas.

In lieu of flowers the family would welcome donations in Bryan's name to the Corneille Bryan Native Garden at Lake Junaluska, N.C., or your church or charity of your choice.

*Johnson is the communications coordinator for the Nebraska Annual (regional) Conference. Heather Hahn, a multimedia reporter for United Methodist News Service, contributed to this story.