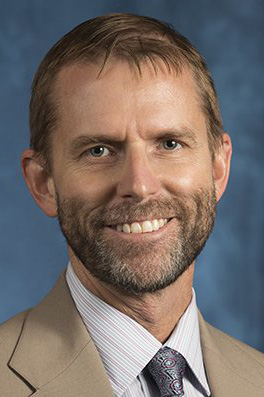 The Rev. Jack Jackson.
Photo courtesy of the author.

Since June 9, much has been made of the vote by Florida Conference clergy to reject a slate of 16 candidates recommended for provisional membership, an important step toward becoming an ordained elder or deacon.

Blame, both within the conference and on social media, is almost universally directed at the almost 30% of Florida clergy who agree with the denomination's stated belief that practicing homosexuals should not be ordained. While traditionalists certainly prevented progressives from reaching the 75% threshold necessary for electing candidates, fault for all harm to the 16 candidates and the conference as a whole lies with the board of ordained ministry.

Conference clergy and laity place a great deal of trust in boards to do their job according to the church law as found in the Book of Discipline. Candidates recommended by the board still face a final high hurdle: a 75% vote of approval by the conference clergy. This is the highest voting threshold in United Methodism. Nevertheless, in all my 28 years in the Florida Conference, I had never seen any candidate receive a vote against approval. The clergy’s trust in the board of ordained ministry in Florida has been implicit. Until this year.

Many of us were surprised when a few months before the clergy session, rumors began that two or perhaps three candidates identified as LGBTQIA persons. There would turn out to be three such candidates. Many traditionalist clergy, and even some progressive clergy, worried that the board itself was acting in willful disobedience to its appointed task of bringing forth candidates fit for ministry according to denominational guidelines.

Requests by traditionalists for a conversation about the candidates were rebuffed by the chair of the board of ordained ministry. Traditionalists, concerned that all 16 candidates might be rejected if they were only presented as a slate, as is the common practice, appealed to the bishop’s office for an individual vote. These requests were also denied. Tensions were high as the clergy session began.

Before the candidates were even presented, Bishop Kenneth Carter invited a senior retired deacon to speak. That clergyman made a passionate speech about the changing world and how the clergy needed to embrace all the candidates regardless of whether they met the Disciplinary requirements on sexuality.

Several speeches were then made for and against approval of the candidates. One speaker appealed for the candidates to be voted on individually so the 14 not in violation of the Discipline could be approved. That request again was denied. Ultimately a vote was taken on the slate of 16 with about 70% of the clergy approving, short of the required 75%. All of this took place with the candidates sitting in the sanctuary with the clergy.

Immediately, most clergy seemed aware of the pain being caused all the candidates, as well as the clergy in the room. Traditionalists and progressives spoke about the pain. Within a short time, a member of the board of ordained ministry came to the microphone, admitted he knew the candidates were in violation of the Discipline when he voted for them at the board meeting, and called for a reconsideration of the vote. After a long delay, two clergy who initially voted “No” agreed to the reconsideration and another vote was taken. Again, an individual vote on the candidates was rejected in favor of a slate.

Approximately 20-30 traditionalist clergy were absent from the second vote due to leaving the session for a Wesleyan Covenant Association lunch. Furthermore, just approved elders and deacons became eligible to vote. To the surprise of many, the second vote also fell short, with only 72% approval.

Everyone at the clergy session on June 9 was harmed. The 16 candidates were by not being approved after being led by the board to believe they would be. The progressive majority of the clergy were harmed by seeing potential colleagues rejected. The minority group of traditionalist clergy were also harmed by being asked to support a clear violation of their ordination vows — namely, to uphold the Discipline. But make no mistake, the members of the board of ordained ministry, not traditionalists, are responsible for the harm.

The board, in partnership with the bishop’s office, willfully broke trust with its Disciplinary obligation to identify candidates who meet The United Methodist Church’s requirements for ordination. The board took it upon itself to rewrite ordination requirements as its individuals saw fit, not as the denomination, or even the Florida Conference as a whole, had together discerned. As numerous persons from the bishop’s office reminded us during annual conference, the Book of Discipline has not changed. Yet board members acted as if they could change the Discipline by fiat. The clergy session rightly rejected this egregious overreach.

Due to the likely departure of hundreds if not thousands of congregations across the denomination over the next 18 months, The United Methodist Church will almost certainly change its position on human sexuality in 2024 or 2028. The members of the Florida Conference Board of Ordained Ministry simply could not wait. Instead, the board acted arrogantly and irresponsibly by forcing the issue prematurely. In the process, the board harmed not only the people they intended to help, but the entire conference and the whole denomination.