The United Methodist conferences in the denomination's South Central Jurisdiction will have some very different boundaries within the next four years.

On July 20, delegates at the jurisdictional conference unanimously approved the merger of the Southwest Texas and Rio Grande annual (regional) conferences into "a bold new conference" and the consolidation of the Kansas East, Kansas West and Nebraska conferences into the Great Plains Conference. Delegates celebrated both decisions with standing ovations.

Earlier this year, the overwhelming majority of members of all five conferences approved the mergers.

Both mergers are among efforts across the denomination to save costs and realign resources to better fulfill The United Methodist Church's mission of making disciples of Jesus Christ for the transformation of the world.

The formation of the Great Plains Conference is to be complete by Jan. 1, 2014, and the unification of the Southwest Texas and Rio Grande conferences is scheduled to be done before the next South Central Jurisdictional Conference in the summer of 2016. The name of this new conference is yet to be determined.

The Southwest Texas and Rio Grande conferences already share a bishop as part of the San Antonio Episcopal Area. The jurisdictional conference assigned Bishop James E. Dorff to continue overseeing the area through 2016.

"Is there nervousness? Yes," said Jones, who presided over the jurisdictional conference session that approved the mergers.

"I think the people of the Kansas East, Kansas West and Nebraska conferences are incredibly privileged to have the opportunity to rethink how to be the best kind of connectional church for the mission of Jesus Christ in the 21st century." 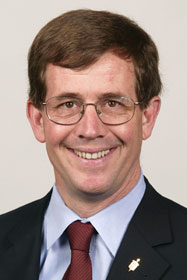 The Great Plains transition process is farther along, but the combining of the Southwest Texas and Rio Grande conferences is just as critical.

The Rio Grande Conference serves burgeoning Hispanic congregations stretching across Texas and into New Mexico. But, most of its more than 80 congregations are within the current boundaries of the largely Anglo Southwest Texas Conference.

"We have for too long lived in communities down the street and across the street from one another and not known each other," the Rev. Laura Merrill, a district superintendent in the Southwest Texas Conference, told delegates.

One of the main questions delegates had about the merger: What happens to the 35 Rio Grande Conference congregations that are outside the current Southwest Texas borders?

"There will be a discernment, self-determination process for those congregations," answered Byrd Bonner, co-chair of the conference's unification steering team.

During that time, the churches can explore being in relationship with the districts and conferences in which they are geographically located, Bonner said.

By 2016, he said, the congregations can decide to remain part of the newly-merged conference or become part of the conference that is home to most of their neighbors.

The New Mexico Conference at its most recent annual conference gathering approved a resolution welcoming Rio Grande Conference churches to join should they choose.

Bonner said the main goal of the merger is to reach people who are not yet inside the church walls.

"We're creating a new avenue for young people to come and be part of the church," he told United Methodist News Service. "We'll become one in mission to serve our communities and be one in faith."

Dorff said he is requesting that the pastors in both conferences be bilingual in English and Spanish.

"I'm not requiring it," he said. "We're requesting it because we will be appointing people across (cultures). That's one of the things that's hurting us now is we have a lot of people in Southwest Texas who could serve Rio Grande churches well, but we can't get them across because of some of the disparities, and the same thing vice versa.

"So by having one conference, we can really deploy our human resources where they are needed in both conferences." 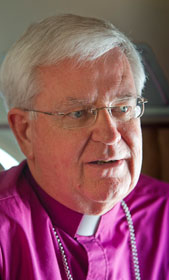 While perhaps not as dramatic as crossing the language gap, the joining of Nebraska and Kansas United Methodists will bring together two states and three different ways of doing conference business.

It also will create the U.S. conference with the largest contiguous land mass, said the Rev. Adam Hamilton, senior pastor of the United Methodist Church of the Resurrection in Leawood, Kan.

"To travel from the southeast corner of Kansas to northwest corner of Nebraska is a huge distance, so for our bishop it is going to create a lot of driving," said Hamilton, whose congregation is one of the denomination's two largest in the United States.

"But (a team of people) said, 'We'll do this because we know it needs to happen somewhere, and we'll figure out a way to further the mission of Christ by taking what some would see as a negative and turning it into a positive,'" he told conference delegates.

The merger of three conferences will exclude United Methodists congregations in those states that are aligned with the Oklahoma Indian Missionary Conference.

"Thank you for your consideration of the OIMC churches that are in your area," Josephine Deere told delegates. She is the director of interpretation and programs for the largely Native American conference.

She pointed out that the missionary conference has congregations from Dallas to Horton, Kan., and it has plans for new ministries in Nebraska, Missouri and Arkansas.

A transition team of 22 people proposed the merger of the three conferences after the announcement in September 2009 that the South Central Jurisdiction would have one bishop serve Nebraska and Kansas. General Conference, the denomination's top lawmaking body, in 2008 approved legislation to reduce the number of bishops in the jurisdiction by one.

"We're looking forward to this. It will be an opportunity, a challenge and a blessing," said the Rev. Mark Conard, pastor of First United Methodist Church in Hutchinson, Kan. "We look forward to being a model for the jurisdiction and the general church."