Some 9,000 United Methodists converged March 21 to pray, march together and have fellowship for the family unity and solidarity.

The march also magnified the significance of the growing discipleship ministries launched in March 2013 by the Manila episcopal area of The United Methodist Church in the Philippines.

The bishop admonished the marchers to “commit their families to making disciples” and “become centers for the transformation of the world.”

In an interview, Juan said that the march promoted discipleship. “With the overwhelming participation, I believe we achieved what we envisioned,” he added.

“I thought of launching this big rally so that it can really catch the attention of the whole (episcopal area) and also send a strong message to our community.”

A force to be reckoned with

“With its lofty objective, as stated in its vision, to make disciples of Jesus Christ for the transformation of the world, the family march is a force to be reckoned with,” said Homer Ortega, the chair of the event. “It is something that is important and powerful and must not be ignored. 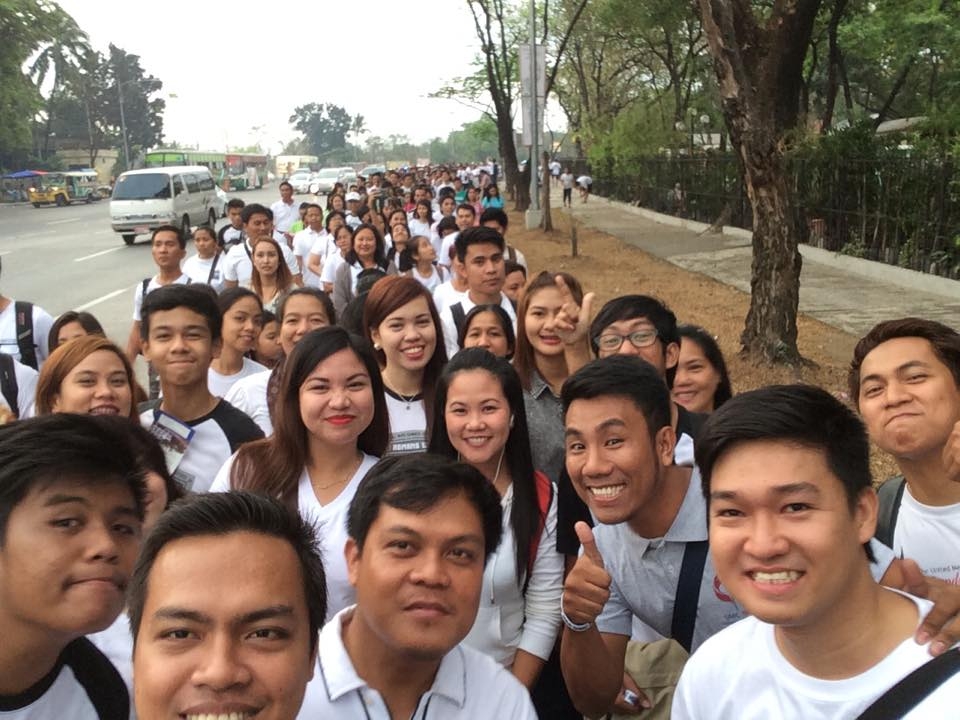 “We could make The United Methodist Church a force in the affairs of the nation,” Ortega said.

The Rev. Joey Umali, a district superintendent who came with more than 500 participants from the North Bulacan district, affirmed that the family march has allowed them to experience the powerful spirit of belongingness.

“I was there. Wow, we felt so blessed and inspired seeing so many Methodists from the Manila Episcopal Area!”

He agreed there was strength in numbers. “There are times that we need to show force to animate and energize our rank,” Umali explained. “We felt that deep sense of pride out of that show of unity — pride in ourselves for the glory of God.”

The Manila episcopal area launched the United Methodist Church Disciples of Christ movement to fulfill the Great Commission. Shared with the area’s conferences by the Rev. John B. Manalo and the Rev. Elino Rivera, the movement is a discipleship and evangelism model patterned after the small-group ministry of John Wesley.

“Through the formation of DOC care groups, United Methodist church members can now be a part of small group that resembles a family-like gathering of worship, sharing and prayer,” the Rev. Jestril Alvarado said.

The family march, said Manalo, was an effort to revive devotion among United Methodist families. “This would be one concrete manifestation that UMC families are united in faith, in prayer and in fulfilling Christ’s ministry and mission here on earth.”

The event emphasized the theme of bringing families to unity, he said, by upholding spiritual disciplines like family devotion, prayer, Bible reading and meditation and other practices that will strengthen relationships and Christian values.

The Rev Elijah Lorenzo, who traveled with church members early in the morning to attend, said the Disciples of Christ movement has “clarified the vision” for soul-winning and discipleship.

“Our church must respond to the needs of younger generation,” he said. “We must rediscover the Wesleyan zeal for intimacy with God and deep passion for souls, not just preserving the institution or our buildings and practices. Study the effect of longer tenure to local church growth. Leave too much of dirty politics out of the church.”

Mangiduyos is a deaconess in the United Methodist Philippines Central Conference and a professor at Wesleyan University-Philippines in Cabanatuan City.