After the Rev. Apriniel Salmon witnessed his first super typhoon, he headed out to check on families reeling from the disaster.

On the morning of Dec. 17, sunrise unveiled the great damage brought by Typhoon Odette, known internationally as “Rai.”

“Scattered debris of roofs, uprooted trees, toppled electrical posts were all over,” said Salmon, who is the district superintendent of Eastern Visayas. “As expected, the wreckage was insurmountable.”

Salmon also is an administrative pastor of First United Methodist Church in Cebu City. His jurisdiction as superintendent consists of Cebu, Bohol and Leyte.

“People were so afraid,” he said. “They were hopeless and helpless. People of all ages were crying. They had no choice but to wait for any immediate help for food and water.”

Complicating matters, Salmon said, is the pandemic crisis. “How can one transcend the devastation?” he asked. “Even (we) got so frightened and saddened.” 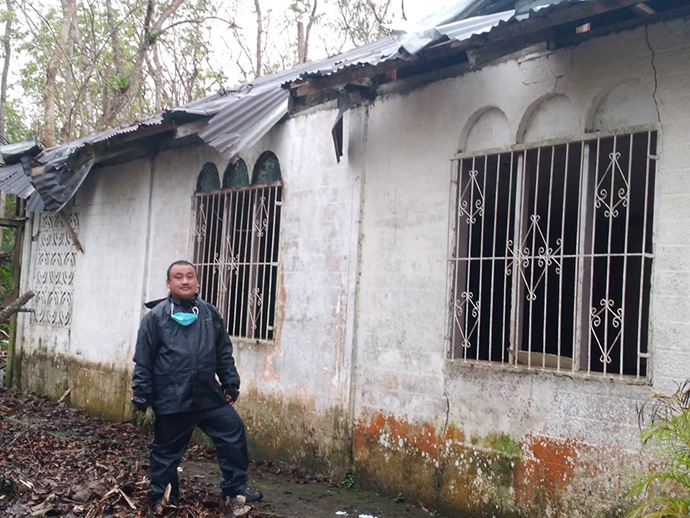 Among the hardest-hit areas were Negros Oriental, Negros Occidental and Surigao.

“Houses in Bais City (and) municipalities of Manjuyod, Bindoy and Jimalalud were wiped out by winds and floods, ripped off by big waves in coastal areas,” he said, adding that the typhoon also destroyed agricultural crops including coconut, mango and banana trees.

To make a donation to the United Methodist Committee on Relief’s International Disaster Response, use Advance #982450.

In a Facebook post, Janice Fabillar Montero, a United Methodist youth from Visayas, expressed gratitude, despite experiencing eight hours of horror when the super typhoon struck.

“Despite the calamity,” Montero wrote, “we are still thankful because we are still alive. God gave us a chance to live … an opportunity to move forward. … Our house was devastated, but I still thank God for keeping me and my family safe.”

Floods destroyed Bairoy’s house, and his body was found by the riverside the next morning.

“In my visit to Bais City on Jan. 9, where severe floods destroyed houses and crops, the foul smell of unrecovered decomposing cadavers and dead animals was so strong,” Ferrer said.

Because so many people lost their houses, crowded evacuees remained at the Bais City gym.

On his way to the Christmas Institute, an annual post-Christmas camp of United Methodist youth, in Bindoy, Negros Oriental, Ferrer said people asked for help while holding signs that said, “We need food and water.” 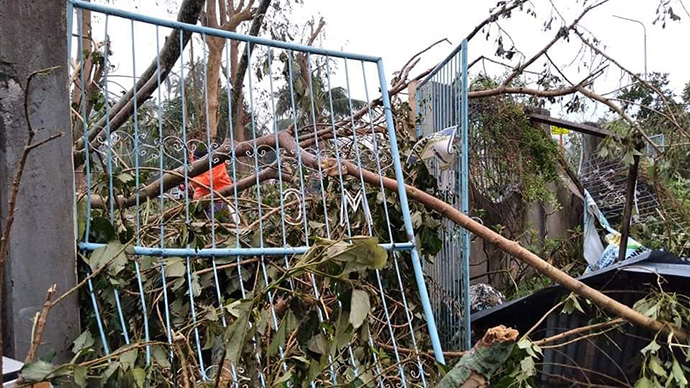 Dan Ela, disaster management coordinator of the Davao Episcopal Area and interim executive assistant to the bishop, said the United Methodist Committee on Relief gave solidarity grants of $10,000 each to the Central Visayas and Eastern Visayas districts. “The district disaster risk-reduction team has yet to decide priority areas,” Ela noted.

The emergency grants will facilitate the collection of additional assessment data, identifying survivors and their most urgent needs to be addressed in future relief efforts, according to UMCOR.

Bishop Rodolfo A. Juan of the Davao Area noted the magnitude of the devastation.

“Typhoon Odette is one of the most devastating typhoons that hit my area,” he said. “Many houses were destroyed, as well as crops. Up to this time, Bohol province and Siargao island in Surigao province are still without electric power. This natural calamity struck just before Christmas; many Filipinos did not enjoy the holiday celebrations.”

He expressed deep gratitude for financial assistance provided by United Methodists in the Philippines. “Once again” he said, “we have proven that Filipinos are generous and are always willing to lend a helping hand. I also thank UMCOR for coming to our rescue by immediately sending calamity funds.”

“I believe we can all transcend this predicament,” Ferrer said. “Both government and private sectors are ready to extend help.”

He mentioned that his district aided relief efforts in Bae, Jimalalud, Negros Oriental, which was washed out by the storm surge. In addition, help was extended to individuals in Tanjay City, Bais City and Bindoy, Negros Oriental. Pampanga Philippines and East Mindanao Philippines annual conferences also assisted.

Project Ubuntu was the first to respond with local relief efforts the day after the typhoon.

Team member David Ben Azurin described Project Ubuntu as “a community of people who may be different in some ways but united as one in achieving a common goal: to help those with immediate needs.”

He said Project Ubuntu is a good model. “It has proven that it can implement a successful fundraising campaign in a short span of time,” he said.

“The collective efforts of sharing time, skills, talents and monetary blessings are contagious,” he continued. “Those who receive the assistance get the benefits, but the givers also find joy in sharing.”

Church leaders said people who lost their homes are hopeful that more help will come.

“I believe that our townsfolk will rise up again,” the bishop said. “With help from the government, which is a bit slow, and prayerful support from the church, they will pick up the pieces and will recover, by God's grace.” M

Mangiduyos is a communicator in the Philippines. She is one of the founders of Project Ubuntu.