As church bells across the country tolled for those who lost their lives in Newtown, Conn., United Methodist Bishop Peter Weaver and other religious leaders spoke about the need for compassion and for safeguards against future gun violence.

During a Dec. 21 news conference outside the Washington National Cathedral, the interfaith leaders sounded a recurring theme about the need for a safety net for those trying to deal with mental illness and legislation to address concerns over handguns, assault weapons and ammunition magazines, said Weaver, executive secretary of the United Methodist Council of Bishops.

The news conference included the tolling of the cathedral's funeral bell at 9:30 a.m. ET, the time of the shootings one week ago. At the same time, CNN broadcast the ringing of the church bell at Newtown United Methodist Church by the church's pastors, the Rev. Mel Kawakami, the Rev. Jane Sibley and the Rev. E. Sue Klein. The bell rang 28 times there in memory of the 28 victims of the Dec. 14 tragedy in Newtown and its Sandy Hook Elementary School.

"We are at the heart of Sandy Hook," Kawakami said earlier. "This is the right time to pause, offer prayer and remember each life that was lost, and to put our trust in God."

In Washington, Rabbi David Saperstein, Religious Action Center of Reform Judaism, said the interfaith leaders had gathered to respond to the question of whether "sensible gun control" is a religious issue.

Their answer is an unqualified yes. "The indiscriminate distribution of guns is an offense against God and humanity," Saperstein said. "Our gun-flooded, violence-prone society has turned weapons into idols. And the appropriate religious response to idolatry is sustained moral outrage."

"This must become a matter of moral conscience, not just politics," Weaver said. "It's not about Republicans or Democrats; it's about our children and what some have called a 'national epidemic' of gun violence."

The United Methodist Church will continue to work on the issue through Faiths United Against Gun Violence. On the weekend of Jan. 5-6, that organization and the National Council of Churches are asking congregations around the country to hold a Gun Violence Prevention Sabbath. Churches can offer sermons, prayers and education forums against gun violence.

Saperstein also announced that clergy and social justice leaders would be encouraged to mobilize thousands of telephone calls to Congress Feb. 4 to demand that effective action toward sensible gun control be taken immediately.

Many people of faith have spoken out during what has become a week of national mourning. Weaver pointed out that United Methodists have supported a national ban on ownership by the public of handguns and assault weapons.

"That fact that we keep putting off what the president calls meaningful action and conversation has just left the door open for more and more gun violence," Weaver said.

The denomination's current position on gun violence, first adopted in 2000 and modified in 2008, supports federal legislation in the U.S. Congress to regulate the importation, manufacturing, sale and possession of guns and ammunition by the public. It also recommends concrete steps for action. Previous statements of concern predate that resolution. 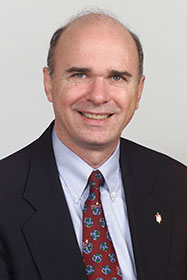 Even four years ago, The United Methodist Church noted that the risk of handgun violence to children and youth was greater than ever before. "Communities and schools in the United States are so exposed to large numbers of privately owned guns that no mere attempts at providing slightly better security can match the awful threat of guns finding their way through our well-intentioned safety systems," the resolution says.

In 2009, gun violence in Philadelphia led a group of religious leaders to form a grassroots coalition to prevent gun stores from selling "straw purchases" - guns legally bought then sold to people who cannot buy guns.

On Dec. 19, those faith leaders held a rally calling gun violence a "moral, spiritual and religious issue" and urging congregations to put feet to their faith in any way possible to stop another deadly shooting.

The rally was at a historic site where faith leaders came together in 1838 to name slavery as a moral, spiritual and religious issue, said the Rev. James F. McIntire, pastor of Hope United Methodist Church, Havertown, Pa., and chair of Heeding God's Call.

"We are not anti-gun or anti-Second Amendment rights, but we have a moral responsibility to step out and be a visible presence to stop gun violence," he said.

Bill Mefford, United Methodist Board of Church and Society,is asking other congregations to join his own church, Culmore United Methodist Church in Virginia, in writing letters to President Obama and Congress members urging them to make gun ownership more responsible and to ban assault weapons. He said he has received numerous messages via Facebook from people wanting to do something to make their voices heard.

"As a result of these kinds of feelings, I heard that the White House, since Newtown, has received over 300,000 email messages asking for an end to gun violence," he told United Methodist News Service. "So, that is definitely an outcry, and I feel like people are tired of the violence and then the usual people/groups defending their Second Amendment rights (when no one is even close to asking for any kind of repeal of the Second Amendment)."

The Board of Church and Society wants to update the denomination's resolution on gun control to include, among other things, a ban on assault weapons.

"I am excited to see the president move so quickly to set up the Task Force on Gun Violence and to demand a plan on how to move forward within the next month," Mefford said. "Time is of the essence, as every day over 75 people die of gun violence. That's three Newtown massacres every single day.

"Strengthening a ban on military assault weapons and high-capacity gun clips, making universal background checks mandatory on every single gun that is sold in the United States, and stopping the illegal trafficking of guns worldwide are necessary and well-supported first steps towards saving lives."

The consequences go beyond horrific events like the Newtown shooting that capture the nation's attention. "Every day, there are children and adults who lose their lives or are seriously injured by gun violence," Weaver noted.

Here are some of The United Methodist Church's official positions on guns and on violence:

"Thick action" to Weaver means being communities of compassion for those in mourning, for the nearly 300 who die or are injured every day from gun violence and for those with mental health and emotional needs who often are neglected.

In addition, "communities of conscience" must prophetically claim the difference between right and wrong. "Too often, the church recently has been silent in addressing those things which continue to - in the media and in other places - glorify violence," Weaver said.

As "communities of concrete commitment," United Methodists and other religious believers can model the "social policies and personal lifestyles that bring an end to senseless gun violence," Weaver said in his news conference statement.

The Dec. 21 event was organized by the Washington National Cathedral and the Religious Action Center of Reform Judaism.

For information on resources and responses from The United Methodist Church related to school violence, please visit www.umc.org/schoolviolence.