As the longest-serving member of Congress in Indiana history, former U.S. Sen. Richard Lugar won international recognition for his efforts to strengthen food security and scale back the nuclear arms race.

As a lifelong United Methodist, he modeled what it means to “walk humbly” and was deeply influenced by the pastors at the two Methodist churches in Indianapolis — Central and St. Luke’s — that he attended growing up.

His Senate career lasted from 1977 to the beginning of 2013. After losing in the 2012 Republican primary, he created the Lugar Center in Washington, dedicated to issues such as energy and food security, controlling weapons of mass destruction and effective governance.

Funeral details were pending, but a service is expected to be held at St. Luke’s.

“Senator Lugar’s life example served as a model for our students,” said Robert L. Manuel, the university’s president, in a statement. “He was a constant reminder that all individual talents should accrue to the benefits of others, and he believed that civic engagement was a cornerstone of a meaningful life and the bedrock of a civil society.”

The Rev. Rob Fuquay, the current senior pastor at St. Luke’s — where Lugar’s parents were founding members — said he was a fan of the Republican senator even before taking that post, admiring his ability to cross the aisle in pursuit of important legislative goals, such as the Lugar-Nunn Bill.

In 1991, as the Soviet Union collapsed, Lugar joined with the Senate Armed Services Committee chairman, Georgia Democrat Sam Nunn, to push through legislation to help Russia and other former Soviet republics secure and dismantle their nuclear and biological weapons. It is considered one of his key accomplishments. 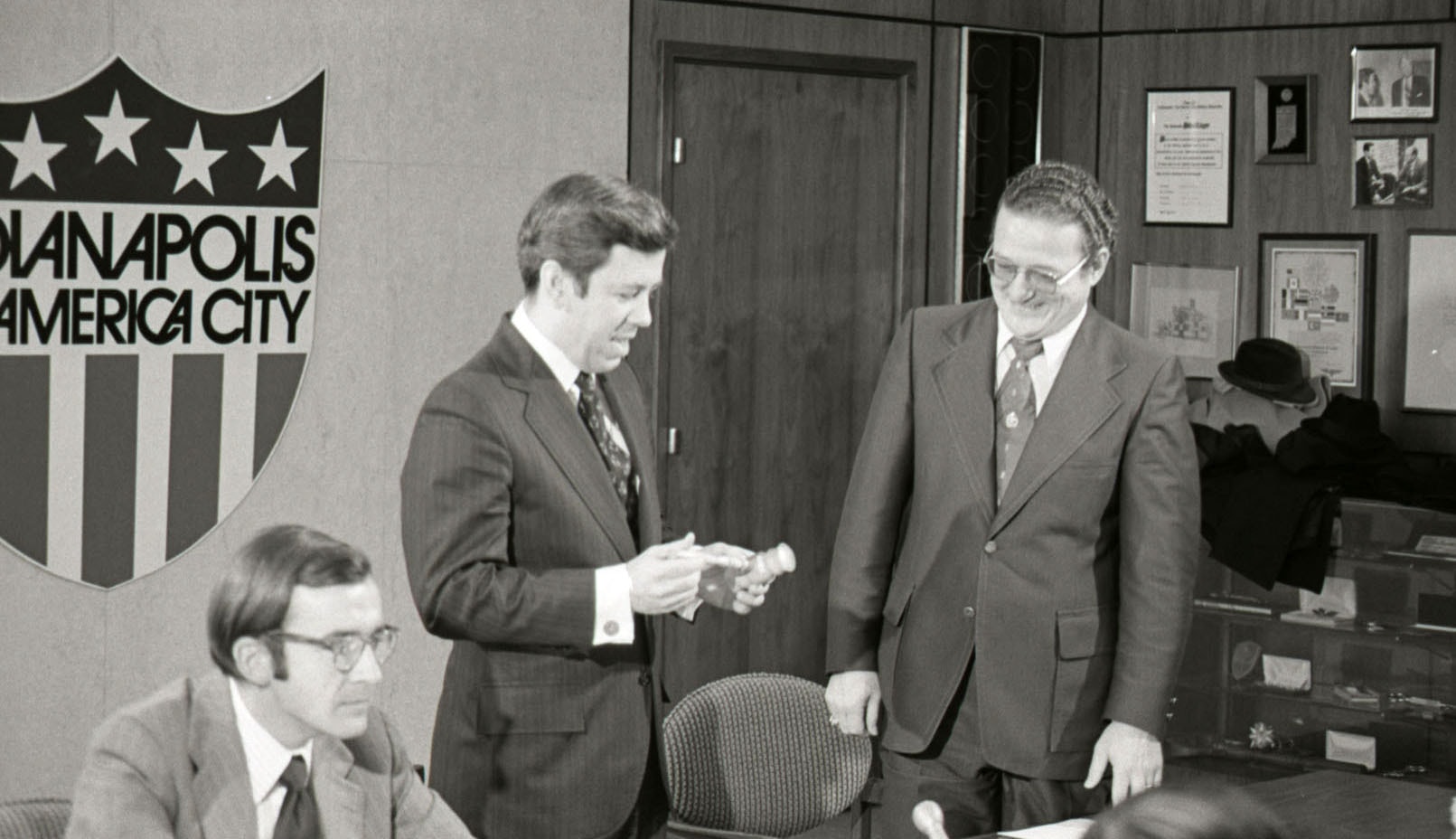 “In getting to know him, I had a sense that he brought a spiritual purpose to all of his civic work and his accomplishments,” Fuquay told United Methodist News Service.

Despite his international influence, Lugar “was just such a humble man,” Fuquay added, citing the senator’s preference for a simple lunch in the pastor’s office when the two got together after Lugar’s retirement. “He would often send me notes about sermons I preached or things I was doing here to encourage me.”

Lugar often worshiped at St. Luke’s on his frequent visits to Indianapolis, including one Sunday in recent weeks.

A highlight for Fuquay was a worship service in 2012 when the pastor interviewed the senator about his faith and public service. Lugar shared a story that he later recounted in an oral history interview about making a successful speech as a high school student in an oratorical contest for Methodist youth at DePauw University.

“On the way back (home) my dad said, ‘Now, Dick,’ he said, ‘that was a wonderful speech, but I hope you really believed everything that you said,’” Lugar recalled in the interview. “It was sort of a sobering thought which still sticks in my mind.”

After he spoke during that service, Fuquay saw Lugar’s eyes light up as he got in conversation with three teenagers about the work being done to reduce nuclear proliferation. “I just saw his energy go up to a new level,” the pastor said. “I think that was something he really loved, investing in the next generation.”

Nurturing young people was the hallmark of Lugar’s involvement with the University of Indianapolis.

“He loved working with the students and was always gracious with his time,” said Ted Frantz, professor of history and director of the university’s Institute for Civic Leadership and Mayoral Archives.

The Richard G. Lugar Symposium for Tomorrow’s Leaders at UIndy gathered high school juniors from around the state for a day of discussion on pressing public and global issues.

“These were kids who couldn’t vote yet, but he wanted to build generations of future leaders,” he said.

UIndy holds his mayoral papers. “Under his time as mayor, the city of Indianapolis remade itself, paving the path for where the city is today,” Frantz said.

Digitizing Lugar’s mayoral papers resulted in a few surprises for the statesman. “Sharing the results with him firsthand were special,” Frantz recalled. “A favorite moment was finding video of his keynote address at the 1972 Republican National Convention, where he was introduced by Ronald Reagan. He claimed he’d never seen it before.”

But it was only one reminder of Lugar’s busy life of service. After a wreath-laying ceremony April 29 in Indianapolis, Bob Lugar, his son, told the Indianapolis Star that his father “went full steam ahead” all of his 87 years.

"That's the thing about dad. There was never a challenge he wasn't up to if he felt it would be better for people in the city and state, and really, people of the nation and the world," Bob Lugar said.

Lugar’s other survivors include Charlene, his wife of 42 years; three other sons, Mark, John and David; a sister, Anne (Lugar) Johnson; 13 grandchildren and 17 great-grandchildren.

Bloom is an assistant news editor for United Methodist News Service and is based in New York. Butler is a multimedia producer/editor for UMNS. Contact them at (615) 742-5470 or [email protected]. To read more United Methodist news, subscribe to the free Daily or Weekly Digests.

Connecting with people through prayer

The Rev. Jacqui King, a longtime United Methodist leader, found a new ministry praying with strangers. Her experience can help people reconnect with God and each other as pandemic restrictions lift.
Social Concerns

'I believe in the resurrection and reparations'

Conversation, education, and truth and reconciliation are needed in the struggle to dismantle racism.
Global Health

While supplies are still limited, United Methodists are doing what they can to expand access to vaccines, especially among underserved communities.