The later years of life can present many challenges, but that time also has the potential to be meaningful, rewarding and spiritually rich.

In their book, Pilgrimage into the Last Third of Life: 7 Gateways to Spiritual Growth, published by The Upper Room, the Rev. Richard L. Morgan and Jane Marie Thibault offer professional expertise and insight, as well as their personal experiences, to help people navigate their elder years with purpose and a godly perspective.

The pair, colleagues and friends for a number of years, refers to themselves as the "bookends" of aging, representing two different generations.

Morgan, who lives in western Pennsylvania, is a retired United Methodist pastor, blogger and consultant. He is 85. Thibault is a gerontologist and emerita clinical professor in the Department of Family and Geriatric Medicine at the University of Louisville School of Medicine. Now 67, she also served as an adjunct faculty member for the Louisville Presbyterian Theological Seminary. She is a consultant on aging issues, focusing on spiritual dimensions of aging. Both have written multiple books.

Thibault and Morgan say reaction to the Pilgrimage book, published in 2012, has been very positive. They recently completed a Leader's Guide for using Pilgrimage in small groups. It is available on Morgan's website, www.richardmorganauthor.com.

"The book has struck a nerve with people -- not just the people my age, but for the baby boomer generation, which has started to retire," Morgan said. " ... I think the book has found a real niche with the baby boomers that are looking for more than trips and pleasure and all of that. They're looking for something that will give their lives meaning. Thanks to medical science, we've created a whole new stage of life [for the baby boomers]. The book has struck a chord with the boomer generation because it deals with spiritual growth, which is sometimes neglected by other books on aging." 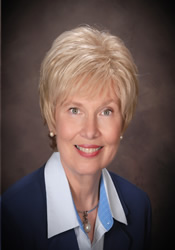 Thibault agreed that the book is meeting needs and answering questions of people facing new experiences and vastly changed lives in their older years. She said one of the reasons she and Morgan wrote the Pilgrimage book was to raise consciousness.

"There's a group of people actively looking for ways to approach their aging," she said. "There's another group which is on the verge of aging, but they have aging parents or relatives and want guidance on ways to approach them. There's still another group -- I'd say the larger group -- which is scared to death of aging and doesn't want to be faced with anything related to it."

Thibault said even if people come from a faith context, "they're not used to seeing aging as a particularly rich time for their spiritual development." The church is focused on the faith development of children, youth and young adults.

"There's very little (study done about) theological development in terms of the faith of older adults," she continued. "It's so necessary -- in my research, I've noticed crises of faith, severe crises of faith, often occur in later life.

We hope the book has opened this discussion; we hear from people who say that it has," she added.

"We're constantly making stories and revising our life story and we'll be doing that until we die," Thibault continued. "If you have a metaphor for aging that's positive, you can stick your story into that metaphor and follow it according to what the metaphor is.

"I've been through a series of metaphors in my life. When I came upon pilgrimage, I thought â€˜lots of people go on pilgrimages. ... You don't expect to have an easy time -- you almost need to have difficult challenges when you're going on a pilgrimage.'

"You have these detours, but there's something that can come out of that, if you're open to it, and so I think that metaphor may be helpful. I'm actively practicing the behavior of pilgrimage in my aging and it really helps." 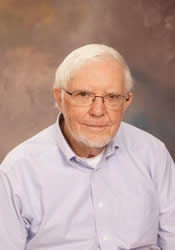 Morgan and his wife, Alice Ann, moved 500 miles across the United States to a retirement community 11 years ago. He said the concept of spiritual pilgrimage in later years became personal for him with that life change.

"Moving was a real challenge. Almost all my ministry had been in the South, particularly North Carolina. Moving here was almost like a loss of identity. We came here to be near my daughter and her family, and we didn't know anyone else," Morgan said. "Those of us in independent living are faced with challenges, because so many come here near death and die. How do you relate to those people? How do you be compassionate and caring without giving up your own freedom?"

In addition to writing, Morgan offers pastoral care for residents with Alzheimer's and other forms of dementia. He is also a hospice volunteer and helps people record their life stories.

"I believe we continue to grow as long as we live," he said. "I think there are always opportunities for giving whatever one's gifts are back to society, back to the church.

"There is such a divergence of older people," he said, "people who are still active and don't seem to be searching, and there are those who are really seeking some meaning and purpose. I find a lot of hunger for that."

Of the seven gateways discussed in Pilgrimage, two resonate strongly with Morgan, who has faced some physical challenges -- Living with Limitations and Leaving a Legacy. Helping people record their stories, he said, helps "solidify" their lives. "They find out their life had meaning. Every person's story shows that. I do that even with people with Alzheimer's, although they have no short-term memory."

Thibault's personal outlook changed when she was diagnosed with cancer in 2009 and developed several other health issues.

Still working full time, Thibault had stayed "detached from (aging) for the most part, and I could tell other aging people what to do from my professional stance.

"I had been taking care of patients and now I was a patient -- and I was an old patient. Both of those hit me -- being a patient and not being young anymore."

When the challenges became her own, Thibault found "it's not easy to age. It's not easy to make all of the accommodations you need to make in order to live well and with meaning. Bottom line: It's a whole lot harder than I thought it was."

Thibault agrees with Morgan that the Living with Limitations gateway is key, and also Redeeming Loss and Suffering.

"People need to make meaning out of their loss and suffering," she said. "They need to work through that."

A practice that helped Thibault cope when she was a child with rheumatic fever and later when she was battling cancer is dedicated suffering -- offering one's personal pain as a source of loving energy for others.

"It gets you out of your own self-absorption," Thibault said. "It starts you thinking about something else, and then you realize other people may have it far worse than you do. It gives you something you can do with your pain -- your pain becomes a commodity."

Her next book will deal with dedicated suffering.

The pilgrimage metaphor involves a deliberate effort to reframe thinking by viewing everything as part of her "journey into the Mystery of the consciousness of God," Thibault said. It means seeking to find meaning in whatever life brings.

"We reframe our view of aging when we honor later life as a pilgrimage," the authors said.

*Gillem is a freelance writer and editor from Brentwood, Tenn.

"Awareness of our mortality ... can sharpen our sense of what is important as we realize that any moment could be our last." (Richard L. Morgan, p. 30)

"Jesus promises us that somehow ... we may -- because of our frailty, not in spite of it -- be a source of God's glorification." (Jane Marie Thibault, p. 46)

"Looking for evidence of God's activity in our lives has the power to transform our attitude from disappointment with self to ever-growing gratitude toward God who is intimately involved with us." (Thibault, pp. 50-51)

Gateway 4: Living In and Out of Community

"I have found a touch of called-togetherness in this retirement community. ...We guard one another's privacy, share a common life." (Morgan, p. 67)

"Take time to be alone with God, for what else matters in these years and in the years to come?" (Morgan, p. 91)

"An old devotional practice invited people to 'offer up' their sufferings to Jesus as a kind of intercessory prayer." (Thibault, pp. 112-113)

"Every life leaves a legacy, and right now I am working on the legacy I plan to leave." (Morgan, p. 124)

From Pilgrimage into the Last Third of Life © 2012 by Jane Marie Thibault and Richard L. Morgan, Upper Room Books, bookstore.upperroom.org.

At Hwedza United Methodist Circuit, spread within a radius of 37 miles, the pastor traveled to four local churches monthly without a vehicle.
General Church

Bishop Shamana believed in and expressed a collegial form of leadership. She said, “I don’t have to have all of the answers myself, and I believe that wisdom resides in the body, and that the holy spirit gives wisdom to all of us.”
Local Church

While the demise of small, rural churches sometimes seems irreversible as United Methodist faithful grow older, strategies are out there to revitalize these congregations by focusing on what their communities most need.