Leaders of five groups that represent the denomination's ethnic constituencies caution that proposals to restructure The United Methodist Church are "too drastic."

The leaders are responding to proposed legislation that the General Conference, the denomination's top lawmaking body, will take up next year.

Among other proposed changes, the legislation would consolidate nine of the denomination's 13 general agencies into a new United Methodist Center for Connectional Mission and Ministry. The center would have a 15-member board of directors, which would be accountable to a 45-member advisory board called the General Council for Strategy and Oversight. The council replaces the Connectional Table, which was created by the 2004 General Conference and coordinates the denomination's mission, ministries and resources.

The proposed consolidation and concentration of power in the 15-member board will reduce the participation of racial and ethnic minorities, the Inter-Ethnic Strategy Development Group said in a statement released late Sept. 9.

The statement said the group feels "the proposed restructure of our church and the legislation ... is too drastic a change.

"It minimizes and will exclude the participation of racial ethnic persons, and works against the principle of inclusiveness that we see as one of the important values our church has to offer to the multicultural, multiracial society in which we live and do ministry."

Bishop Gregory V. Palmer addresses a joint meeting
of the Connectional Table and the General Council
on Finance and Administration in this 2009 photo.
A UMNS file photo by Ronny Perry.

"The assumption that an operational change cannot embody our commitments to inclusiveness and diversity is fundamentally flawed," he said.

At this point, most of the groups still are tallying how many members will be delegates to the 2012 General Conference. They wanted to release their statement now to encourage all church members to "scrutinize the legislation," said Pamela Crosby, executive director of Black Methodists for Church Renewal. 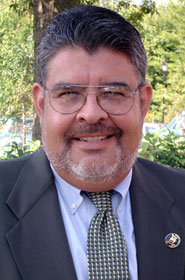 Raúl B. Alegría. A UMNS
photo by Bilha Alegría.

"But we want to make sure the church not only in its structure but also in its annual conferences will continue to embrace the diversity that's already in our communities," he said. "We also want to empower and enable churches to make sure they are places where people from different ethnic-language groups can feel welcome."

General Conference ultimately will determine whether the proposed changes are accepted.

One of the inter-ethnic group's main concerns is that the legislation was drafted with "little or no consultation with the different ethnic constituencies of our church."

"It seems like it was rushed through to just make sure they made the General Conference deadline," Crosby said, "and in the process things get left out, and discussions that need to be had are omitted."

The recommended restructuring is the result of the church's multiyear Call to Action process, which aims to address decades of decline in the denomination's U.S. membership and increase congregational vitality. 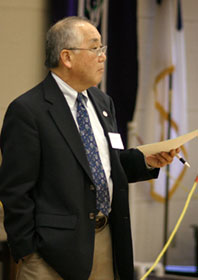 Each of the ethnic caucuses has a representative on the Connectional Table, including two of the signers of the inter-ethnic statement, Alegría and Anne Marshall of the denomination's Native American caucus.Both voted against the legislation.

At the Connectional Table meeting, Alegría said he affirmed the recommendations the Interim Operations Team presented. Yet, he voted no to the drafted legislation, he said, because its timeline for consolidating the agencies is significantly quicker than the two years he heard in July.

Under the legislation, the newly created United Methodist Center for Connectional Mission and Ministry will have responsibility effective July 31, 2012, for the work now assigned to nine general agencies.

"It essentially eliminates all the boards and agencies as structures following the conclusion of General Conference," Alegría said. "And that's not what I understood would be taking place. &ellipsisThere's no time for transition from where we are now to the proposed restructure."

"It does not impact the agency work and staff," she said.

Marshall, chair of the Native American International Caucus, has her own misgivings about the legislation. Like other ethnic caucus leaders, she worries that the planned restructuring will weaken the work now done by general agencies on behalf of ethnic minorities.

"We feel the general agencies have been silenced (in this process)," said Marshall, a member of the Muscogee (Creek) tribe. 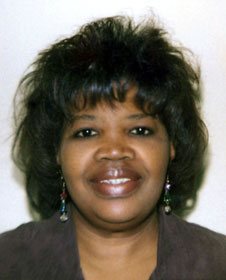 As the United States has become more ethnically diverse, the caucus leaders said general agencies have taken the lead in helping to plant churches and provide resources for evangelism among different ethnic groups.

Alegría specifically pointed to the five "national plans" housed at the United Methodist Board of Global Ministries and Board of Discipleship. The plans help plant churches to reach different racial and language groups in the United States. For example, the National Plan for Hispanic/Latino Ministry as of March had helped plant 59 new predominantly Hispanic congregations since 2008.

More than 91 percent of the denomination's U.S. lay membership was non-Hispanic white in 2009, according to the most recent data from the denomination's General Council of Finance and Administration. In contrast, the 2010 Census reports that the U.S. population overall is 72.4 percent white, 16.3 percent Hispanic, 12 percent African-American and 4.8 Asian.

The United Methodist Church in the United States will continue to shrink unless it starts reaching more potential disciples in the country's other ethnic groups, said Donald L. Hayashi, president of the National Federation of Asian American United Methodists.

"We find that the legislation as it is now is unacceptable," Hayashi said. "It will be counterproductive to the growth of our church. It will set back ministry many years."

The Call to Action research found that the boards of the current agencies tend to be too large and meet too infrequently to be accountable. Under the legislation, the 15-member board of the United Methodist Center for Connectional Mission and Ministry will meet three times in 2012 and start meeting four times a year after 2012.

The dissolution of the separate boards of nine general agencies and Connectional Table also could save the denomination about $9 million in 2013-2016. The cost savings would come from not having the boards meet twice a year.

The ethnic caucus leaders acknowledge that the agencies have some duplication of duties. However, in their statement, they urge General Conference delegates first to consider legislation coming from general agencies aimed at addressing denominational concerns.

East Ohio Area Bishop John L. Hopkins, chair of the Connectional Table, said he appreciates the perspective of the inter-ethnic group and welcomes more "holy conversations" across the United Methodist connection in the coming months.

"The Connectional Table's initiatives addressing the role and governance of the general agencies are only a small part of a comprehensive set of changes," he said by email. "We look forward to ongoing dialogue about the critical challenges of the Church that led to the Call to Action effort, the core values undergirding ministry effectiveness and United Methodist life and the best ways to organize time, talent and resources for the urgent need to create and sustain an increase in the number of vital congregations."

Call to Action offers signs of crisis and hope

Call to Action: Reordering Life in the Church