The United Methodist Church's ecumenical commission has approved proposals for its future that would either maintain its current status but drastically reduce the board of directors or fold the group and its work into the denomination's Council of Bishops.

The votes, which occurred during a March 30-April 1 meeting in Claremont, Calif., reflected "faith and trust" on the part of directors of the United Methodist Commission on Christian Unity and Interreligious Concerns, said the Rev. Stephen J. Sidorak Jr., top staff executive.

"(The commission) was and is willing to lose its life if we can find a new and better way to organize the ecumenical ministries of the church," he said.

The proposals are part of the legislation the commission is preparing for the 2012 United Methodist General Conference, the denomination's top legislative body.

One proposal allows the body to maintain its status as a general commission of The United Methodist Church, but cuts the number of members of its board of directors from 38 to 15. Of those 15, two would be representatives of the denomination's "full communion" ecumenical partners and seven would be from the church's Central Conferences outside the United States. Currently, the commission has four Central Conference members.

Sidorak said he was "amazed" by the spirit at Claremont to "right-size" the commission, which he considers a sacrifice on the part of its directors. 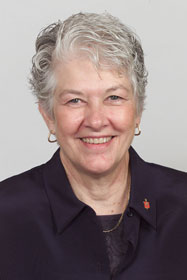 In his charge to directors, Sidorak pointed out that becoming part of the council would empower staff, increase awareness of interfaith issues among the bishops and build stronger connections to the denomination's annual (regional) conferences.

"It would provide ecumenical and interreligious staff direct access to central conference bishops collectively and likely improve the prospects for deeper understanding and greater cooperation worldwide," said Sidorak, a proponent of such action.

He believes the timing is appropriate for these changes, given the Call to Action of the bishops, "I took seriously the need for radical change in the general structure of the church," he said.

The Call to Action Steering Team's final report found that maintaining the "status quo" of a shrinking and aging U.S. membership was no longer viable and said the primary focus should be on "fostering and sustaining congregational vitality."

About a year ago, the bishops decided to establish their own task force to look at the denomination's ecumenical commitments, according to retired Bishop Sharon Z. Rader, the council's ecumenical officer. "In light of the Call to Action and in light of 30 or 40 years of history in the council, we need to organize ourselves for more effective leadership," she explained.

One idea that has been floating around for years - even back to the 1968 merger of the Methodist and Evangelical United Brethren denominations into The United Methodist Church - is establishing a "nonresidential" president for the Council of Bishops, whose assignment would be solely devoted to episcopal leadership, Rader said. Currently, the council president also serves a geographic area during his or her two-year term.

Another possibility would be to have a bishop whose chief duties would be council president and the denomination's ecumenical officer for a longer, four-year period. 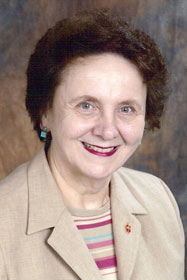 "Our dilemma is the rapid turnover doesn't facilitate leadership in many ways and doesn't assist us in our (ecumenical) relationships worldwide," Rader said.

Nebraska Area Bishop Ann B. Sherer-Simpson, who heads the council's task force, noted that discussions with commission members and staff have been an ongoing part of the deliberations.

Bishops will receive a presentation on the task force's proposal during the council's May 1-6 meeting at St. Simon's Island, Ga.

"The proposal is that the (commission) would no longer be," Sherer-Simpson said. "There would be an ecumenical staff for the (council's) ecumenical officer." An ecumenical committee - with at least half of its members represented by laity - would provide advice and guidance on matters related to other religious groups.

The task force proposal also would include "a strong emphasis" on every bishop being an ecumenical officer in his or her area, she added.

Neither proposal approved by the Commission on Christian Unity calls for a reduction in the agency's four executive staff and three full-time support staff positions or for office relocation, Sidorak said.

"We figure the complement of staff we have now is the minimum we will need in the future," Sidorak explained. "The question of any office relocation has not come up seriously. We would remain in New York."

During the past year, the commission moved its offices at 475 Riverside Drive to a separated space on a floor leased by the United Methodist Board of Global Ministries.

Report to the spring meeting