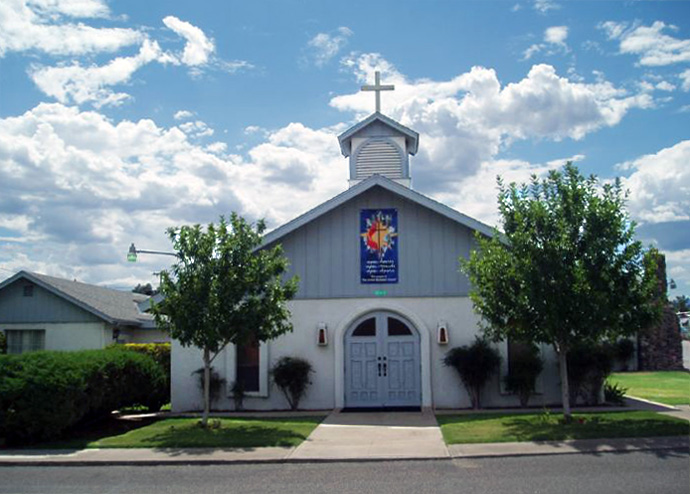 Judge Krista R. Carman of Yavapai County Superior Court ordered that the Desert Southwest Conference “is entitled to take possession” of the property being used by Camp Verde Community Church.

The order in effect required the now independent congregation, which withdrew from The United Methodist Church in 2017, to find a new location.

The case upholds the trust clause in the Book of Discipline, the denomination’s policy book. The clause, which dates to 1797, states that local church properties are held “in trust” for the denomination — even if the congregation’s name is on the title.

“The history of the local church in Camp Verde demonstrates that it has held all real property in trust for the UMC,” Carman wrote. Because the congregation had not followed the trust clause, she concluded, its transfer of the property to the name of Camp Verde Community Church was void.

The judge issued her order Dec. 26, 2019, and the parties agreed to a settlement on Feb. 12. However, it has taken until now for transfers of the church campus, parsonage and other property to take place, said Marilee Clarke, the conference chancellor.

While grateful for the decision, Bishop Robert T. Hoshibata — who leads the Desert Southwest Conference — said the case brings “a sense of deep sadness.”

“We tried for a considerable amount of time — which is why this has taken so long — to come to a resolution both before and after the legal proceedings were begun,” Hoshibata said.

“We tried to have conversations with the pastor and members of the church. We agreed to professional mediation. None of it was met with any success.”

Pastor Rick Carling of Camp Verde Community Church told UM News he preferred not to comment on the situation. He was a licensed local pastor in The United Methodist Church before the congregation’s departure.

The Camp Verde church, located in a rural community about 90 miles north of Phoenix, is more than 140 years old. The church had an average worship attendance of 116 people as of 2017, the last data available from the United Methodist General Council on Finance and Administration.

Hoshibata attributed the congregation’s departure in large part to differences with the conference over ministry with LGBTQ individuals. The Desert Southwest Conference has long urged ending denominational bans on same-sex weddings and “self-avowed practicing Christians.” In 2019, the conference ordained an openly gay deacon.

Hoshibata said a group in the Camp Verde church “was upset because of the way the annual conference was moving in terms of being open and accepting.”

Hoshibata announced that the property was back in United Methodist hands in an April 15 letter to his conference.

“I did not want to put word out to the conference until all matters were completely cared for,” he told UM News.

He said Camp Verde members who wanted to remain United Methodist have been attending other churches in the area for some time.

Camp Verde Community Church has a new temporary location at a Christian school. However, to slow the spread of COVID-19, the church has held services online since March. On April 19, it held a drive-in service at a local hotel parking lot.

Hoshibata said the conference has not closed the door at starting a new United Methodist witness, such as a Bible study, at some point in Camp Verde.

For now, he said funds from the sale of the church property would support new church starts and the revitalization of other Desert Southwest congregations.

“The value of the trust clause is that we are called to hold things for the wider United Methodist community,” Hoshibata said.

Hahn is a multimedia news reporter for United Methodist News. Contact her at (615) 742-5470 or [email protected]. To read more United Methodist news, subscribe to the free daily or weekly digests.