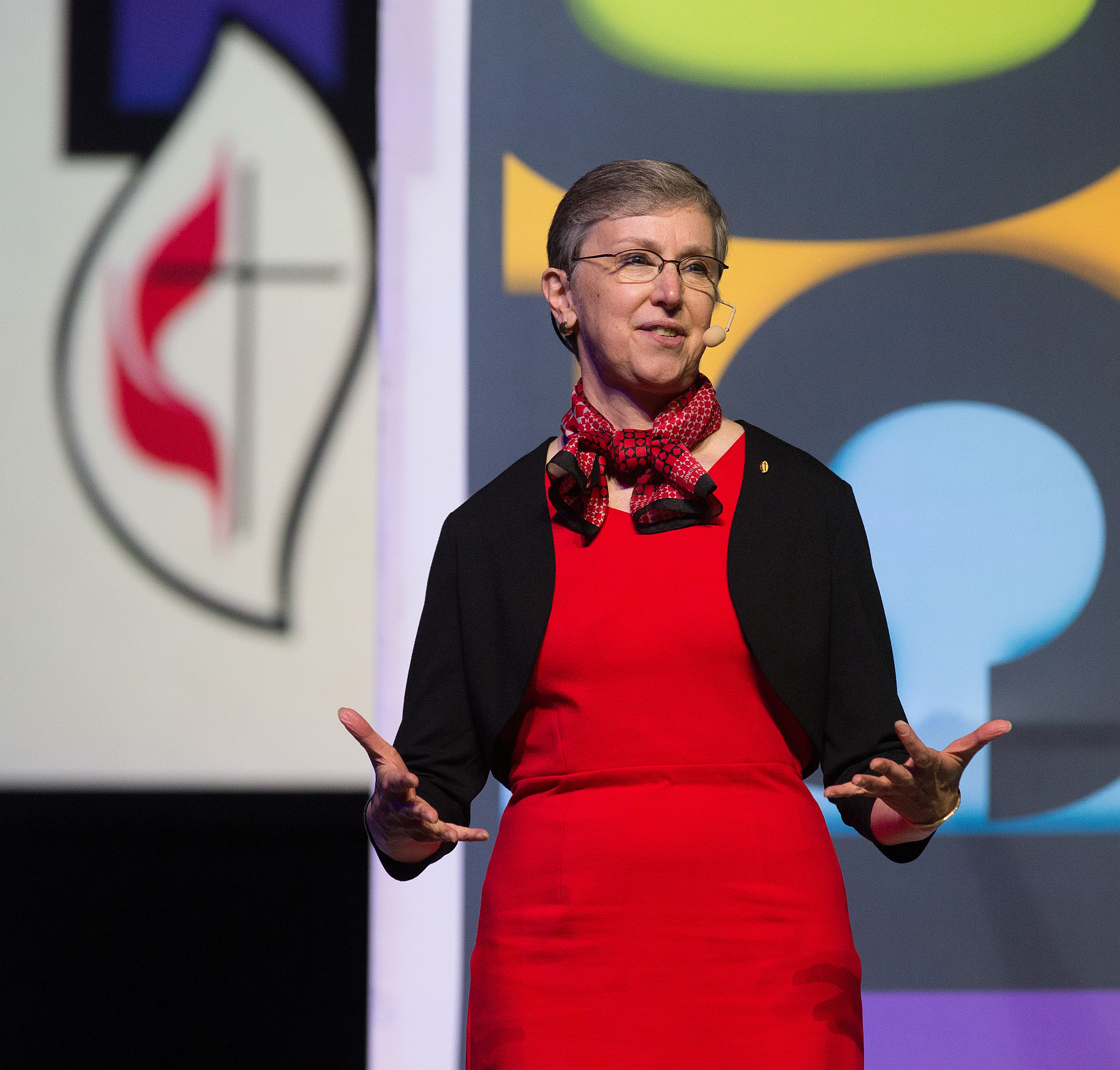 Modern deaconesses and home missioners, like German deaconesses who served after World War II, are qualified in their professions, said the top executive of United Methodist Women.

And, in 2016, General Conference recognized deaconesses and home missioners as an order. Members are consecrated, but unlike deacons, they are not ordained. The order is part of UMW.

“Deaconesses trace all the way back to Phoebe in the New Testament,” Olson said.

Phoebe is mentioned in Romans 16:1-2 by Paul, who entrusted her to deliver his Epistle. “I commend to you our sister Phoebe, a deacon of the church in Cenchreae,” Paul writes.

In the U.S., deaconesses originally lived in community and pledged not to marry, but that changed in the 1950s, Olson said.

That change didn’t happen in Germany.

The Rev. Lothar Elsner, president of Bethanien Diakonissen Foundation (Bethany Deaconess Foundation) — a health care company connected with The United Methodist Church in Germany — said there was an intensive discussion about the future of deaconess communities in Germany about 50 years ago. While some communities in other denominations opened up to allow marriage and accept men, he said that was not true of the Methodist community in Germany.

“Methodist deaconesses have adhered to the old rule of ‘women’ and ‘celibacy.’ They did not want to believe that this model had its time when women could only work that way,” Elsner said.

The movement really began in the 1830s in the Lutheran church to create opportunities for women to live in community and get an education in professions, Olson said.

Modern deaconesses and home missioners serve in many roles, from chaplains to environmental engineers, but they no longer live in community in the U.S. or the Philippines, Olson said.

“Like any other calling, the motivations are as varied as the people,” Olson said.

As with deaconesses of earlier times, the modern deaconesses and home missioners feel “called to make a life following Jesus,” but want to serve outside the church, she said.

They are called to love, justice and service, but ordination is not really their calling, she said. In the Philippines, the deaconesses do a lot of work with indigenous people and have spoken out strongly on justice issues, Olson added.