"I know the burden of food provision falls on the woman, and she has to work twice as hard to put food on the table. Chaya will lessen the burden of women having to travel long distances to fetch water." — Margaret Tagwira, Africa University agricultural researcher, on drought-resistant chaya. 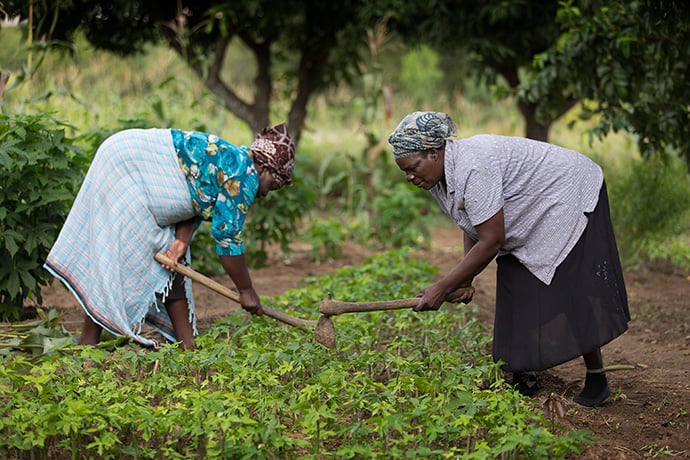 LANCASTER, Pa. (UMNS) — What should a United Methodist do when there is a conflict between church law and moral conscience? The Rev. Darryl W. Stephens looks at how that question has been answered in the denomination’s history.
Read story

For the love of five daughters

NEW YORK — Anyone who knew “Mark” had heard of his quest to bring his eldest daughter to the United States to reunite with her four sisters. Although “Mark” has died, the daughters will finally be reunited, thanks to TJ Mills, an attorney with the New York Justice for Our Neighbors chapter.
Read their story

EDMOND, Okla. — Edmond-Chinese International United Methodist Church opened a multi-purpose space two months ago. Now, people are playing basketball, volleyball, even badminton, as well as worshipping and fellowshipping in the Agape Family Center. The church now holds both Chinese- and English-language services, too. Holly McCray has the story for the Oklahoma Conference.
Read story

NASHVILLE, Tenn. (InfoServ) — The United Methodist Church has long supported abstinence from illegal drugs, but is the church’s stance on medical marijuana different? InfoServ, a ministry of United Methodist Communications, has the answer in the latest installment of Ask the UMC.
Read more
Ask the UMC

Call for action on gun violence — 11 a.m., Eastern. United Methodist Building, 100 Maryland Ave. NE, Washington. The United Methodist Board of Church and Society and Heeding God’s Call will host faith leaders and others in a “call for action” on gun violence, racism and homophobia. This week marks the two-year anniversary of the shootings at Mother Emanuel African Methodist Episcopal Church in Charleston, South Carolina, and the one-year anniversary of the shootings at Pulse Nightclub.

Shared Oregon-Idaho and Pacific Northwest Conferences — Red Lion on the River, Jantzen Beach, 909 N. Hayden Island Drive, Portland, Oregon. The Oregon-Idaho and Pacific Northwest Conferences of The United Methodist Church will meet together in a shared annual conference session. The conferences will meet through the session in both joint and individual plenary meetings as well as sharing worship, laity meetings, workshops and mission experiences. Details

California-Pacific Conference Conference — University of Redlands, 1200 E. Colton Avenue Redlands, California. The theme of the annual conference is “From Here to There.” Details