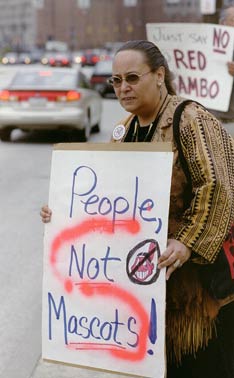 The recent retirement of Chief Illiniwek, the University of Illinois' controversial athletics program mascot, has drawn intense reactions from both fans and opponents, including affirmation from many Native American United Methodists.

Trustees of the university, located in Champaign, bowed to pressure from the National Collegiate Athletics Association, which in 2005 barred teams with nicknames and symbols considered offensive to Native Americans from hosting or competing in its lucrative postseason tournaments.

The regulatory body banned Chief Illiniwek as a "hostile and abusive" image of American Indians and rejected the university's appeal in 2006, while allowing the school to continue using the nickname "Fighting Illini," named for now-extinct Indian tribes that once populated the area.

Nearly a dozen NCAA-member schools have retired their Native American names, symbols and/or mascots since the prohibition, although dozens more have done so since 1969 when Dartmouth University became the first. Trustees at United Methodist-related McMurry University in Abilene, Texas, voted last October to stop calling its teams the Indians.

Chief Illiniwek's fans, including many United Methodists, ardently defend his halftime dancing performances at home games as a source and symbol of intense school pride. Some see him as depicting a proud Native American warrior and celebrating what they believe are Native American traditions.

Thirty-five white students have portrayed the chief since 1926, wearing imitation buckskin garb with a feathered headdress and facial paint. Two current portrayers have filed a right-to-free-speech lawsuit to prevent the university from discontinuing his appearances and to end NCAA sanctions against the school.

However, many Native Americans and advocates of all races view such portrayals as exaggerated misrepresentations of Native tradition and they deplore the disrespectful behaviors that they inspire among some fans. 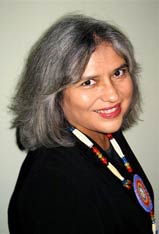 "These mascots treat Native people as things and give the impression that they are less than human and less than worthy of respect," said Suanne Ware-Diaz, a staff executive of the United Methodist Commission on Religion and Race in Washington. "They also create a hostile environment for Native American students on campus and too often lead to threats and violence."

Ware-Diaz said she and other Native American staff of Christian agencies are discussing ways to address threats and violence committed against Native students at Illinois and other schools facing the mascot issue. Reports of those incidents have increased since the school retired the chief on Feb. 21.

"Preliminary research suggests the level of (hate) crime is higher than (in) comparable schools without Native American mascots," reported the Center for the Study of Sport in Society, a respected research and advocacy organization established in 1984 at Northeastern University in Boston. According to statistics generated by the U.S. Department of Justice, Native Americans are four times more likely than any other race or ethnic group to be victims of violent hate crimes.

"Schools should do away with Native American mascots not just because their use is demeaning and creates an unsafe environment for people," said center director Peter Roby, "but it sends the wrong message about values, which is inappropriate given the setting it is used in, which is education."

"Native people have spoken out for years about the damage done by mascots in sports, media and advertising," said Ware-Diaz, a member of the Kiowa tribe in Oklahoma. 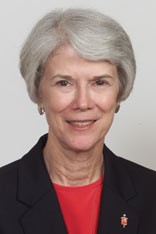 "Others keep saying it honors our people, but we've been telling them for years that it dishonors us. Chief Illiniwek dances up the football field and basketball court doing a high-kicking dance that you would never see done at a powwow by real Indians. Our dances and regalia are sacred and based in prayer; they are not intended for entertainment and sporting events."

Bishop Sharon Brown Christopher, leader of the Illinois Great Rivers Conference, responded to the Illinois decision by citing resolution 130 passed by the denomination's 2004 General Conference. It described the use of Native American names and images in sports as "demeaning and racist" and urged their abolishment.

"The action taken by the trustees of the University of Illinois regarding the retirement of Chief Illiniwek is a positive response to the recommendation passed by the 2004 General Conference of The United Methodist Church," said the bishop. "The church's resolution approved at that time states, 'We support efforts throughout our society to replace such nicknames, mascots and symbols.'"

"I'm sure it wasn't easy for the Board of Trustees, but it's the right thing to do," said the Rev. Sylvester Weatherall, pastor of Grace and Kumler United Methodist churches in Springfield, Ill., and chairman of the conference Commission on Religion and Race.

"For many people, the chief is the face of the university; removing him means removing the school's image. But I come down on the side of our Native American brothers and sisters who have suffered the consequences of this mascot."

The controversy ignited in 2001 when the Commission on Religion and Race gave a $10,000 grant from its Minority Group Self-Determination Fund to the Illinois chapter of the National Coalition on Racism in Sports and Media to aid in its campaign to retire Chief Illiniwek. Both the agency and the conference received irate letters and phone calls from Illinois fans.

"It's been wrenching to see church members pitted against each other over a sports icon. Now, after the (chief's) last dance, perhaps the healing can begin."

"Surely there is a consensus among us that racism in all its forms must be eradicated from our civil and faith communities," wrote the bishop and cabinet in a letter to conference members.

General Commission on Religion and Race

The controversy prompted 90 United Methodists to gather at a church in Champaign that spring to worship, listen and dialogue in a "Talking Circle." There they learned about Native American culture, spirituality and the pain caused by racial stereotypes and misappropriated symbols.

The Rev. Carol Lakota Eastin, then a local missionary, co-led the event. Now pastor of the new Dayspring Native American Fellowship, a United Methodist church outside of Peoria, she remembers the discord and divisiveness that led Chief Illiniwek supporters to express their anger, leave churches and withhold offerings.

"The listening event was positive for those who came to listen, but some came with their agendas and didn't want to hear us," she said.

Eastin, like others contacted for reactions to the mascot decision, was cautious in responding. "This issue has been a very divisive one in our community and in the church," she said. "It has challenged us to listen and to articulate, to be educated about the power of images for both the chief fans and the Indians. It has forced us to deal with a wounding past and continued grief, and to ask the question, 'What is all this emotion, all this anger about?'

"It's been wrenching to see church members pitted against each other over a sports icon," she added. "Now, after the (chief's) last dance, perhaps the healing can begin. For Christians on both sides of this issue, the love of Jesus Christ must prevail."

*Coleman is a communications specialist for the General Commission on Religion and Race in Washington, D.C.