United Methodists competed in soccer, netball and other sports as part of an effort to promote healthier lifestyles through exercise.

The Zimbabwe East and West Conferences fielded teams at a sports gala on June 24 at Selborne Routledge Primary School in Harare. 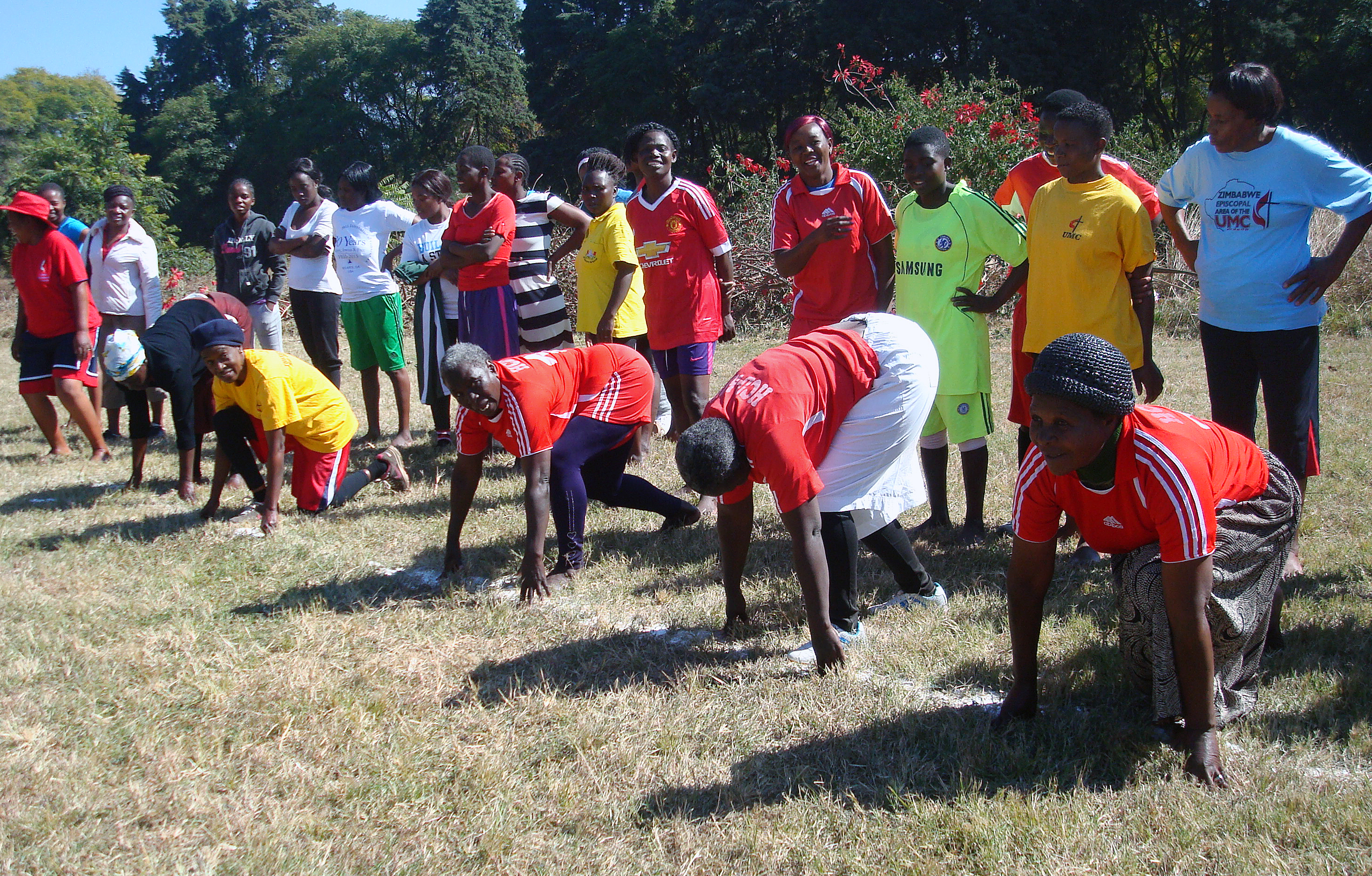 Women in the over 60s division line up for a race at a sports gala at Selborne Routledge Primary School in Harare, sponsored by the Zimbabwe Episcopal Area women’s organization, RukwadzanoRweWadzimai. Photo by Kudzai Chingwe, UMNS.

“We are pleased to host such an event that caters for the ailments of the body as well as bringing a psychological treatment to the mind as opposed to using drugs,” she said.

United Methodist women around the country participated in events in their own areas and the top contestants went to the area competition.

Young women played soccer, netball and competed in 100-meter, 200-meter and 400-meter races, as well as a relay race, while funny games like bun-eating, the potato race and beading were for women over 60.

Gurupira said idleness of the mind has become a major contributor to numerous illnesses affecting the people in their everyday lives. 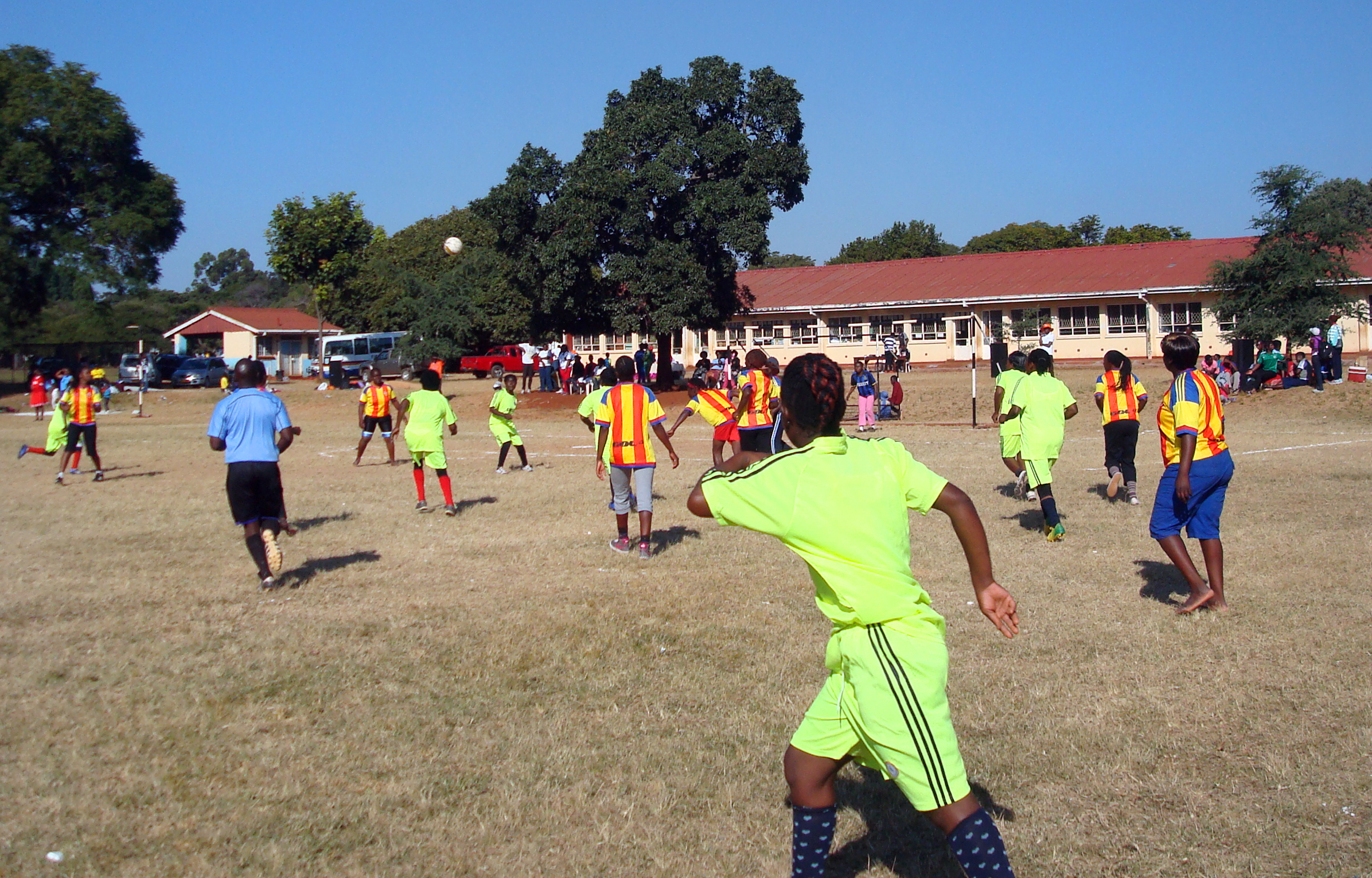 Opposing teams rush for the ball in the final soccer match between the Domboramwari Circuit team and the Harare West District Team at Selborne Routledge Primary School in Harare, Zimababwe.  Photo by Kudzai Chingwe, UMNS.

“I urge all women to participate in these sporting activities so that you occupy the mind, as exercise has benefits for every body system. It is effective both as a treatment and for prevention of disease, can improve memory and concentration, and lessen sleep disorders, among other things.”

Gurupira said besides health benefits, sports are ideal for team-building.

Some participants with different health issues said they are benefiting from exercise.

“This gala should not be a one-time event, because we have benefited from exercising,” said Mrs. Sifikelaphi Chikumbu, a 70-year-old who has high blood pressure and arthritis.

The women’s organization also hopes the annual sports events, which will alternate each year with music festivals, will help keep young women coming to church.