The lawsuit, filed in Illinois’ Pulaski County Circuit Court, asks for a permanent injunction that would bar the church from “occupying, possessing or otherwise exercising control over the real and personal property.”

The Illinois Great Rivers case follows a highly publicized property settlement between the Eastern Pennsylvania Conference and a fast-growing church that left the denomination. In that case, Wesley Church of Quarryville, Pennsylvania, paid the conference $100,000 for the church buildings and land, along with an additional $58,000 in other conference obligations.

One difference between those two cases, Black said, is that conference leadership “believes there is still viable ministry to be done there (in Grand Chain) in the name of The United Methodist Church.”

Another difference is in application of The United Methodist Church’s trust clause, part of the Book of Discipline, the denomination’s law book.

The trust clause, which dates to 1797, states that local church properties are held “in trust” for the denomination, even if the church’s name is on the deed.

Black noted that in Eastern Pennsylvania, the departing congregation acknowledged “that the trust clause applied.”

The Illinois Great Rivers Conference’s suit asks the court to declare that all property used by Ohio Chapel is held under the trust clause. It also calls for the conference to receive an accounting of all assets held by Ohio Chapel.

He said the denomination’s trust clause has faced court challenges before, but with few exceptions, courts have upheld it for more than 100 years.

Bishop Jonathan D. Keaton, who leads the Illinois Great Rivers Conference, is on rest and renewal leave and not available for comment. 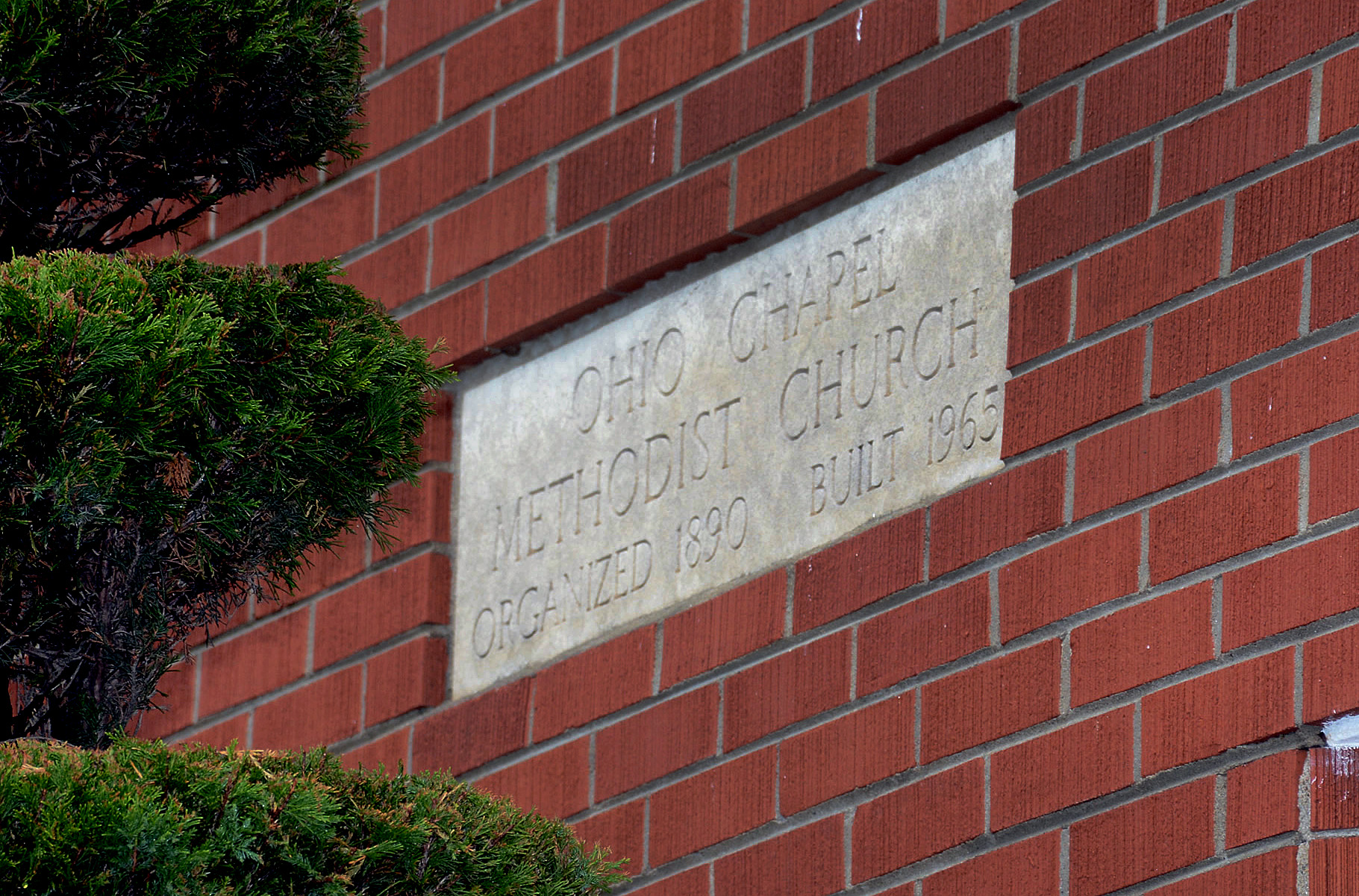 Ohio Chapel Methodist Church was organized in 1890, and the present sanctuary was built in 1965. Photo by Paul Black, Illinois Great Rivers Conference

According to the Pulaski County history published in 1987, Ohio Chapel was organized in 1890 and held its first services in 1892. As of 2013, the church in far southern Illinois had 48 members and an average weekly attendance of 51.

In March, Ohio Chapel members sent a letter to the bishop and the Rev. Roger Russell, the Cache River District superintendent, saying the church wanted to leave The United Methodist Church and asking to be released from the trust clause.

“I thought that meant they were going to leave the denomination and relocate,” Russell said.

Horn, a part-time local pastor appointed to the Ohio Chapel for the past 11 years, notified Russell in April that she would discontinue her relationship with The United Methodist Church on June 30. She remains with the Ohio Chapel congregation.

Russell said Horn and the congregation’s desire to leave took him somewhat by surprise.

The church’s March letter did mention the denomination’s ongoing debate regarding homosexuality as a source of concern. But Russell said congregants later told the bishop that this particular issue was not the main reason for leaving. “They wanted to choose their own pastor in the future,” Russell said.

The church and conference leadership had dialogue throughout the spring, but to no avail.

Matters came to a head in July after the bishop appointed the Rev. Alan Milligan to serve as the congregation’s pastor. Milligan also serves as the conference’s evangelist and pastor of nearby Karnak and Olmstead United Methodist churches. The Karnak and Ohio Chapel congregations have jointly held vacation Bible school for years.

When Milligan returned the following Sunday, he was met this time by a Pulaski County deputy sheriff, who advised him that “no uninvited guests” would be permitted on the grounds of the church property. The deputy then said the congregation considered Milligan an uninvited guest.

Ever since, Milligan has held a prayer service in the cemetery across from the church with his wife and a few Karnak members in attendance. No member of Ohio Chapel has participated.

Milligan stressed that it’s a challenging situation. He regards Horn and others at the church as friends. Last week, members of Karnak and Ohio Chapel again joined together at Karnak’s facility to hold vacation Bible school for nearly 90 youngsters.

No one mentioned the dispute, he said. Milligan said his prayer is that what God wants happens, and that it happens quickly.

“When the dust is all settled,” he said, “we’re all going to have to live together down here.”