The fiscal health of United Methodist annual conferences seems at least stable, maybe a tad better, coming out of annual meetings at which budget matters were a major part of the agenda.

"It would be reasonable to conclude that our annual conferences as a whole are experiencing small but tangible improvement infinancial conditions," said Randy Bowman, executive director of administrative services/treasurer of the Desert Southwest Annual (regional) Conference and president of the National Association of Annual Conference Treasurers.

Trouble spots exist, notably the California-Pacific Annual Conference. There, Bishop Minerva Carcao used part of her episcopal address to discuss a large deficit and accounting practices so troubling that she called in the General Council on Finance and Administration, the denomination's finance agency.

But Bowman recently surveyed fellow treasurers and found that more conferences are seeing a modest budget increase for 2014 than are cutting their budgets or staying flat. The survey did not represent all 59 U.S. conferences. Averaging the 46 that responded, he found an overall 0.1 percent increase in budgets for 2014.

"It's slight but perceptible," he said of the rise. "And combined with anecdotal evidence, the buzz you get about how churches are feeling, I think we're seeing a positive trend."

Bowman noted that another survey of treasurers found 14 conferences seeing modest increases in church apportionment payments in 2013, compared to the first six months of 2012. Six had modest decreases, and one reported flat numbers.

The surveys were "fairly consistent" in supporting a modestly improving financial picture, he said. 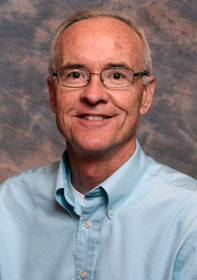 Each conference, of course, is its own story. Some snapshots:

The New England Annual Conference approved a budget of $7,737,445, up 3 percent. The conference will spend more on congregational development and providing pastoral support for missional church development.

The conference approved moving from a conference-funded plan to giving retirees a choice of plans with guidance from Extend Health, a large private Medicare exchange. The proposal includes establishing for each retiree a health reimbursement account of up to $2,000 for premiums and other medical expenses. The new strategy aims to reduce the conference's roughly $67 million in unfunded liability for retiree health insurance. (The United Methodist Board of Pension and Health Benefits believes conferences are at least holding their own on retiree health liabilities, largely due to major cost shifting to retirees, said Colette Nies, managing director for communications.)

The North Georgia Annual Conference approved a $23,994,749 budget. That is down 0.2 percent from 2013, and marks five consecutive years of budget decline.

Keith Cox, conference treasurer, said the recession hit much of Georgia hard, Atlanta in particular. Affected churches have asked the conference to watch expenses, he said.

Cox said churches sent the conference a signal of approval in 2012.

"We did have a higher percentage of churches paying 100 percent (of apportionments), and I think that's affirmation of the conference and what we're doing, and of our missions and our ministries," he said.

In her June 13 episcopal address to the California-Pacific Conference, Carcao noted that the conference ended 2011 with a $3.5 million deficit. She said an inadequate accounting system led to a confused picture that prompted her in October 2012 to ask for GCFA's help.

A GCFA-assisted investigation yielded no evidence of malfeasance, Carcao told the conference. However, the investigation did show borrowing from a congregational loans fund to pay operating expenses, as well as shifting among various funds "without the knowledge or authorization of the fund stakeholders."

Carcao noted that a new accounting system is in place and said the conference's financial standing had become "much more positive." (For 2012, the conference finished in the black, without borrowing, conference officials confirmed.) But auditors are still getting clear on the extent of earlier problems, the bishop told the conference.

Carcao declined interview requests about the conference's finances. She is still in her first year as the conference's bishop, having moved from the Desert Southwest Conference in September 2012.

James Kang, director of the California-Pacific Conference's office of communications, said the total debt is $4 million, including $3.5 million from 2011.

Carcao will appoint a task force to develop a strategic plan for finances, based on GCFA's findings, and that group will report by the end of the year, Kang said.

At least one other conference had a high-profile budget discussion.

She used her blog to advocate cutting that much for each of the next four years.

"I was looking at the conference budget and asking, 'How much of this is actually helping our local ministries both make disciples of Jesus Christ and be in mission to their neighborhoods and the world,'" she said in a phone interview.

Neary said her proposal would gradually lower church apportionments, allowing for more funding for ministry. The conference did not support Neary's proposal, instead approving a $5,951,585 budget that represents a 3.3 percent decrease.

Brant Henshaw, assistant conference treasurer, said the conference's Council on Finance and Administration had done "careful and deliberate work" to reduce the budget.

"Rev. Neary's proposal struck many as too austere," he said.

Scott Brewer, executive for GCFA, noted that conferences vary in budgeting procedures, with some separating out (and direct billing for) pension and health benefits, and others including that as part of the apportionments asked of churches.

"I'm probably one of the few people who look at every annual conference budget, and they are all different," he said.

Based on his visits to annual conference gatherings this year, however, Brewer finds "less anxiety" overall.

Brewer attributed that to better apportionment payout rates and budget-cutting decisions by annual conferences when the recession was in full force.

"A lot of folks recognized what's been cut, and much more than that, folks aren't really willing to do," he said.