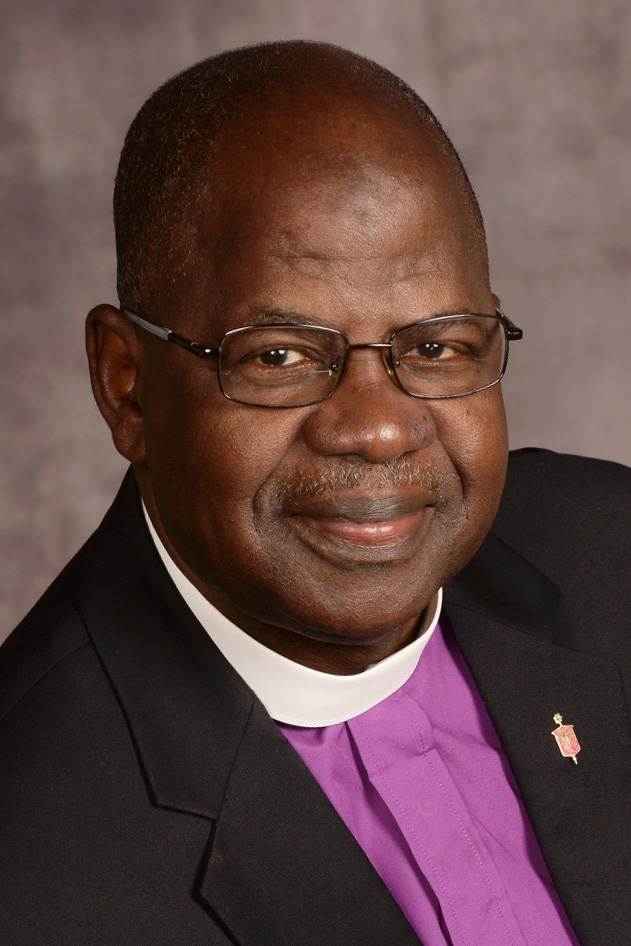 Bishop David Yemba. Photo courtesy of the Council of Bishops.

Delegates from the United Methodist annual conferences are preparing to deliberate on the report and petitions that the Commission on a Way Forward and others have submitted to the upcoming special General Conference.

The delegates are expected to listen to as many voices as possible, across the global United Methodist Church. The delegates and church leaders need to listen to voices from Africa, Europe, the Philippines and the United States before and during the legislative assembly scheduled for Feb. 23-26 in St. Louis.

And while they are listening, the delegates should keep in mind that the worshipping community at the gathering can bring them together as a celebrating family of God's love and promises. A divided denomination cannot be in full communion with God, but the worship experience opens a window through which we look at the church we believe in.

The worship experience, coupled with carefully listening to diverse voices, will help the delegates to make well-informed decisions for the future of the denomination. These representatives, although elected and mandated by their respective annual conferences, should remember that they are above all members of The United Methodist Church, by their baptism and adherence to their respective local churches.

Their election was possible because of their membership. When each one of us became a member of this denomination, we committed ourselves before God and the congregation to support this church and — at the same time, embrace the history, doctrines, polity, including the symbol of the Cross and Flame — of The United Methodist Church.

The text below does not ignore the divisive issue of homosexuality and the impact it has on families, congregations and society in general. The aim is to share my reflections on the nature of the church of which we claim to be members.

There are two aspects that retain my attention: the church in its aspect as a historical reality and the church we believe in and confess in worship. The voice does not focus on homosexuality simply because the church, despite requirements of its discipline or polity, would not solve the issue of homosexuality completely and definitively, also knowing that it is not the only issue the church has faced in the past, present nor will in the future. I believe an approach to such a societal issue can be handled appropriately when the church, based on the law of the land in force, works together with a national system of government.

The upcoming GC2019 is going to be held after a recent "timid celebration" of The United Methodist Church’s jubilee — 50 years of experience of doing ministry together and of considerable missional development as a denomination. Are we going to turn back from this experience and from this point of development? History will tell.

Nevertheless, the delegates in whom the disciplinary legal responsibility and moral obligation are vested, can collectively help millions of their United Methodist brothers and sisters to see and eventually celebrate a way forward for the continuation of our life together as a church.

The word "church" is often referred to in theological discourses, in the creeds as well as in worship and prayers by two following distinctive aspects: the church as it has been experienced in the history of mankind on one hand, the church as it is believed being beyond this history on the other.

As I think of a General Conference gathering in The United Methodist Church, my thoughts go to the following two main characterized activities when this body meets every four years, namely worship and legislative business. We do not yet know how legislative deliberations will develop at the St. Louis meeting, nor do we know what the outcome of this special meeting will be. But we certainly know that worship will occupy an important space in the gathering agenda.

In addition to the doctrinal heritage that Methodists share with other Christians, the Book of Discipline underlines the distinctive Wesleyan emphasis of the United Methodist understanding of the church life. One of these emphases is the function of worship in the church life: "Finally, we (Methodists) emphasize the nurturing and serving function of Christian fellowship in the church. The personal experience of faith is nourished by the worship community." (Book of Discipline 2012, pp. 51-52)

By its nature and mission in the world, the church is the creation and gift of God. It should not by any means be considered as just a human organization. It happens that by the Grace of God, we become members of a denomination, of an aspect of the church in the history of mankind. Therefore, the purpose of this aspect of the church is to witness the perfect love of God through the fellowship of its members as well as its mission to share this love in the world.

Speaking about the church in history, we can learn some lessons from two church fathers from North Africa. First, Saint Cyprian (200-258), bishop of Carthage, was confronted with the problem of the readmission of church members who had denied Christian faith during the persecution and of how to keep the church united in the middle of the crisis.

Cyprian wrote to his community that "He can no longer have God for his father, who has not the church for his mother." Cyprian used the analogy of the family language and said that because we call God our father, we should remember that we have learned to do so by and in the church as our spiritual mother.

Second, another athlete of the Christian faith was Saint Augustine (354-430), bishop of Hippo near Carthage in North Africa, who was confronted with the interpretations of the siege of Rome in his time. Augustine wrote “The City of God.” For Augustine, the church is "the worldly incarnation of the City of God." This is purposely different from a city built by the state, such as Rome. The church, he had argued, includes the part of its members who are on earth, exposed to the power of sin, and to persecution, martyrdom and divisions. And yet it is related to the part of the church members who are in heaven, away from "the misery of the fall consequences."

Furthermore, for Augustine the visible church on earth is a mixture of genuine Christians and false members. But this church is still considered a place where the fellowship of love takes place. This love is created and maintained by the Holy Spirit and nurtured by genuine believers. Augustine founded his interpretation and argument on the Parable of the Weeds, Matthew 13:24-30.

It is common knowledge that doctrinal terminologies we use in the church today, be it the trinity, the two natures of Jesus Christ, the Catholic Church, and the like, were crafted by these giant leaders we call church fathers. For these leaders and generations after them, the church is catholic because it emerged from and is led by the catholic Gospel of Jesus Christ.

In St. Louis, the special General Conference will meet as church in via, as church in its historical reality, as well as a spiritual family and worshipping family. No matter what group names we are given based on our ideologies or interests, conservative or traditionalist, liberal or progressive, centrist or united, we in the worshipping community have a common surname: we are Christians, disciples of Jesus Christ.

This worshipping community, although still exposed to misunderstandings, to conflicts of different motivations and to divisions, nevertheless by the power of the Holy Spirit has already become a celebrating family of God's love and promises. As such, the special General Conference should not fall into temptation in which we sometimes find ourselves locked in dualistic boxes of standing either for or against a position in a time of crisis.

We believe that although we are not in full communion with God as a divided church —and even as divided churches of membership on earth — nevertheless the worship experience opens a window through which we look at the church we believe in. We believe in the communion of saints!

I join millions of United Methodists across the world in prayer for delegates and for the special General Conference gathering.

We all know that we are still struggling to relate the church of our membership to the church we believe, to becoming what we are already called to be. In the middle of this struggle, we pray and hope that the delegates will be guided by the Holy Spirit to use their collective wisdom in order to lead our mother denomination towards a better future after worshipping together at the historic meeting in St. Louis.

Yemba served as bishop in the Central Congo Episcopal Area from 2005 until his retirement in 2017. He was one of the three moderators for The Commission on a Way Forward, a panel appointed by the Council of Bishops to propose a solution to the church’s decades-long division over homosexuality.