On Friday, April 26, 2019, the Judicial Council of The United Methodist Church released two important and eagerly awaited decisions about legislation enacted by the General Conference in February. One of them is clear and helpful in the controversy involving local churches that want to leave the denomination. But the other is so densely written that it may actually obscure the dangers hidden in it. 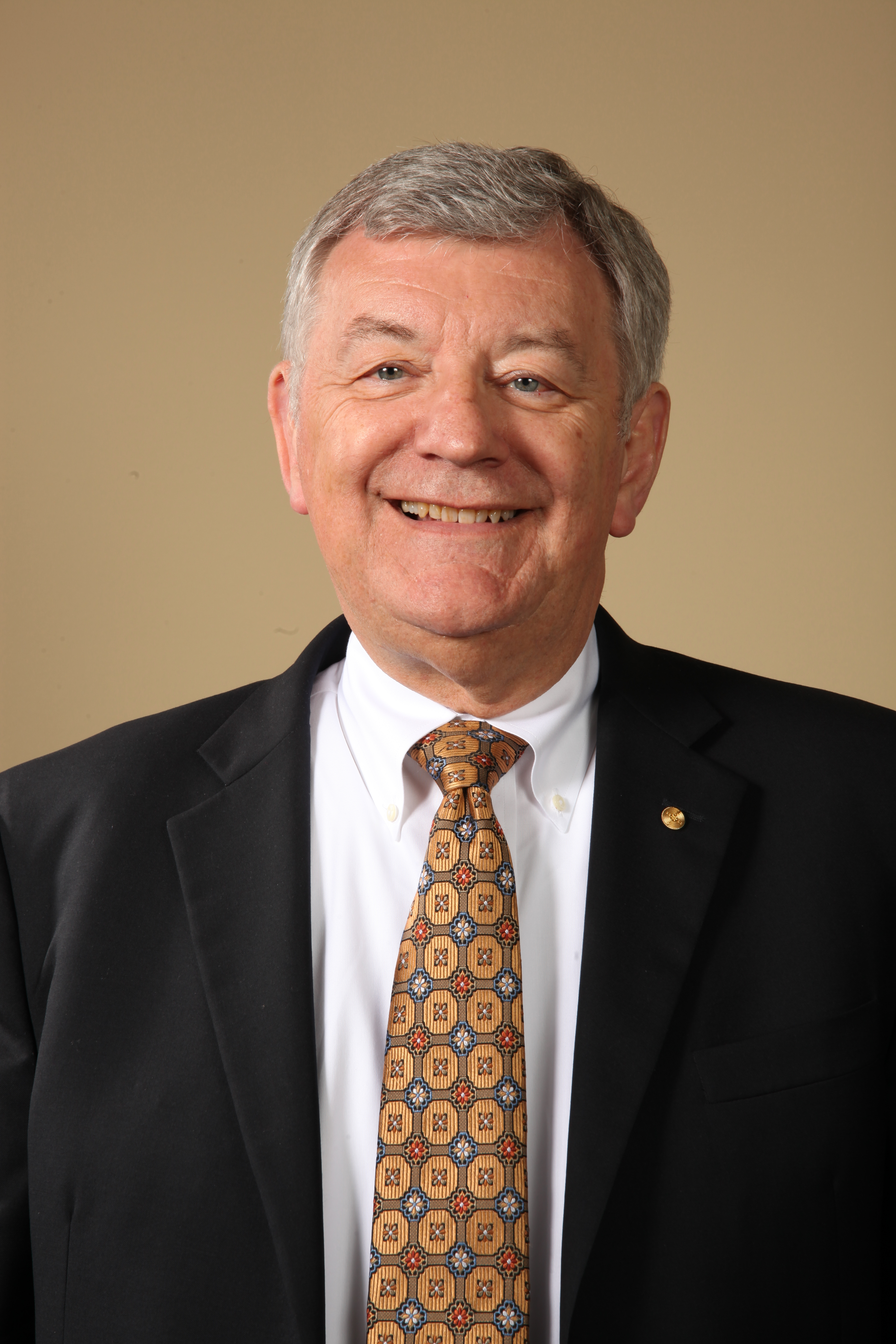 Decision 1378, addressing the constitutionality of the legislation that was drawn from the so-called Traditional Plan, is as difficult to read as it is dangerous to United Methodism. Decision 1379 addresses a new law that allows a local church unhappy with the denomination’s positions on homosexuality to leave (or “disaffiliate” from) The United Methodist Church. And the decision enhances our understanding of the departure process.

Judicial Council Decision 1379 explicitly affirms that the new church law on “disaffiliation” (now officially ¶2553 in The Book of Discipline) is constitutional. The decision also clarifies certain aspects of ¶2553 that have been confusing. It links other provisions in church law with this new legislation to show how the path to disaffiliation can happen.

For example, thanks to Judicial Council Decision 1379, we now know that any formal agreement for a local church to disaffiliate will require:

• First, a two-thirds vote at a church conference of a congregation that is seeking to leave the denomination;

• Second, a written agreement between the local church and the annual conference board of trustees that addresses applicable details in civil laws and church laws;

• Finally, an approval of the disaffiliation agreement by a simple majority vote of the annual conference.

We know, in addition, that the process of approvals must occur in that order.

Moreover, Judicial Council Decision 1379 includes two other important elements. It modifies part of Judicial Council Decision 1377 that contained an inaccurate reading of Paragraph 41 in the constitution. And it very helpfully provides the full text of the new law that is now ¶2553. Since the next Book of Discipline will not appear until late 2020, congregations and conferences considering disaffiliation can print, or digitally save, the text for disaffiliation discussions.

So the church can be grateful to the Judicial Council for the very beneficial work in ruling on the constitutionality, meaning, application, and effect of ¶2553. However, as much as Decision 1379 is transparent, Decision 1378 is opaque. Although Decision 1379 is clarifying, Decision 1378 is confounding. Decision 1379, happily, contains the text of the church law that it addresses. Decision 1378, sadly, does not show the paragraphs in the Discipline that were amended by the General Conference; it just refers to the new legislation by petition numbers with which the lawmaking assembly processed proposals. The revised laws only appear in a concurrence to Decision 1378, in a smaller font.

In order to read Decision 1378, one must have the dexterity to track the petitions to which the Decision refers (and have a copy of Black’s Law Dictionary handy to cut through the legal jargon that appears in the decision.) A reader must decode the way that the General Conference tracking system reports what actions were taken on a petition, find the paragraphs in the Discipline to which each approved petition applies, and insert the amended language at the correct location in the Discipline. Only then can a reader of Decision 1378 know what the church law, based on the Traditional Plan, actually says! The concurrence helps, but it is not an official part of the controlling decision.

In short, the impact of Judicial Council Decision 1378 is virtually impossible to grasp without carefully parsing it. The wording will be completely impenetrable to some United Methodists and nearly incomprehensible to many more. But, before commenting further on substantive details in Decision 1378, one should consider what the text of the decision reveals about some options that the Judicial Council exercised procedurally in reaching its decision. Specifically, the Judicial Council took different approaches, using different paragraphs in the Discipline, in its processes for Decisions 1378 and 1379.

Decision 1378, like all decisions and memoranda issued by the Judicial Council, includes a statement that demonstrates the council’s “jurisdiction” to consider a matter. In this case, the Judicial Council had jurisdiction to rule because a motion, which the General Conference approved, requested it. However, according to the actual text of the motion, the General Conference asked for “a declaratory decision from the Judicial Council on the constitutionality, meaning, application, and effect of the laws drawn from the Traditional Plan…” The motion cites ¶2609.1 of Discipline as its authority to ask.

The problem is that the text of the approved motion conflates language from two paragraphs in the Discipline (¶2609.1 and ¶2610.1) that define different purposes and procedures. Paragraph ¶2609.1, mentioned in the motion, says, “The Judicial Council shall determine the constitutionality of any act of the General Conference upon an appeal by…one-fifth of the members of the General Conference.”

But the motion also quotes from ¶2610.1, thus enabling the General Conference — with a small, yet clear, majority of the delegates in favor — “to request a declaratory decision from the Judicial Council on the constitutionality, meaning, application, and effect of the Traditional Plan as amended…”

¶2609.1 can only be used to ask the Judicial Council to “determine the constitutionality of any act of the General Conference” and only requires one-fifth of the delegates to support a motion for this purpose. It seeks a determination, not a “declaratory decision,” and it only allows a review of the “constitutionality” of a General Conference action, not anything broader. ¶2610.1 can be used to request a broader ruling as a “declaratory decision,” but it needs support from a majority of the delegates to approve the motion for such a request.

The problem, to repeat, is that the motion — supported by a majority of the voting delegates — conflated words and numbers from both paragraphs in the Discipline. And apparently nobody at the General Conference realized it. Neither the delegate who made the motion, nor the bishop who was the presiding officer, nor the parliamentarian, nor the 800 delegates who cast votes on the motion, noticed this detail.

In contrast, Decision 1379 treated the Council of Bishops request generously.

The bishops had asked for a declaratory decision about ¶2553, citing ¶2609.1 and ¶2610.1. The Judicial Council could have told the bishops that they had to pick one paragraph in the Discipline and present only one request — either to “determine the constitutionality” of the new disaffiliation law, or to make a “declaratory decision as to the constitutionality, meaning, application, or effect” of it.

But the Judicial Council did not ask the bishops for any clarification. Nor did it choose one of the paragraphs on jurisdiction as its authority. Instead, the court took a generous view and in Decision 1379 addressed everything about the disaffiliation law. The Judicial Council chose in Decision 1379 to address not only the constitutionality of ¶2553 but also the broader issues of the “meaning, application and effect,” of this new legislation.

Obviously, United Methodists could benefit from a decision that discussed the “meaning, application, and effect” of the Traditional Plan. But Decision 1378 does not offer that. And, like all Judicial Council rulings, it is final.

If the procedural aspects of Decision 1378 are peculiar, its substantive aspects are downright problematic. Three examples exist in the amended version of ¶415.6 of the 2016 Discipline. ¶415 lists the “Presidential Duties” of a Bishop. So it is now constitutional to:

• Bar bishops “from ordaining deacons or elders … even if the individual has been recommended by the Board of Ordained Ministry and approved by the clergy session of the annual conference,” despite the fact that the constitution vests authority to decide whom to elect to ordain in an annual conference; and

• Turn the liturgical events known as services of ordination and consecration into matters of General Conference law, taking them away from the realm of theology regarding worship and ministry.

Services for ordaining deacons or elders and services for consecrating bishops are acts of praise and prayer to celebrate judgments that have already been made. Hence, nothing can occur at an ordination service or a consecration service that would alter, amend, or revoke the votes taken by bodies constitutionally authorized to decide whom to ordain and whom to consecrate.

Unlike services of ordination in the Roman Catholic Church, nothing occurs in a United Methodist service of ordination or consecration that changes the nature of the person upon whom a bishop’s hands are laid or for whom prayers are offered. In Roman Catholic theology of priesthood and episcopacy, authority passes from a Bishop to new priests or Bishops by apostolic succession. United Methodists understand that ministers are ordained to an order and bishops are consecrated to an office by the authority of the clergy and laity who constitutionally choose them.

If, for some reason (an interruption by a violent tornado or an act of civil unrest, for instance), a jurisdictional conference cannot conduct a service of consecration after electing one or more persons to the episcopacy, the persons who have been elected are bishops of The United Methodist Church whether or not the consecration service occurs. Similarly, once the clergy session of an annual conference has elected a person or persons to be ordained deacon or elder, an interruption in the plans to conduct an ordination service cannot alter the fact that the election to an order of ministry has been completed.

Consider this truly extraordinary possibility. In the midst of an ordination service, an ordinand loudly declares that after having stayed closeted throughout the candidacy process, she or he is now proud to assert, “I am a self-avowed practicing homosexual.” The service of ordination might be interrupted and its continuation might be delayed or postponed. However, the clergy session of the annual conference would have to be called into order and the annual conference would have to choose whether to reconsider that individual’s election to ordination. Unless and until the conference takes some action to rescind its election of that person to be ordained, the election stands.

These are complicated matters, not only of constitutionality and law, but also of theology and church doctrine. With Decision 1379, the Judicial Council performed a service to the church. With Decision 1378, however, the Judicial Council performed a disservice to The United Methodist Church and put the denomination in great danger.

Decision 1378 demonstrates a refusal to examine the meaning, application, and effect of the laws stemming from the Traditional Plan. It demonstrates a cavalier attitude toward the constitution of The United Methodist Church, to the theology undergirding our two orders of ministry (deacon and elder), and to the theology of ministry that is expressed in our office of bishop. It endangers our constitutional connection, our view of church law, and our theology of lay and ordained ministry.

Only the Judicial Council can reconsider and revise this dangerous decision. Perhaps the members of that body will be open to doing so.

Lawrence is professor Emeritus of American Church History, Perkins School of Theology, Southern Methodist University, a research fellow at Duke Center for Studies in the Wesleyan Tradition and former president of the United Methodist Judicial Council.

The slayings of two Black clergywomen show the need for the church to loosen its bonds in order to respond, just as Jesus ordered Lazarus unbound after raising him from the dead.
Social Concerns