The Standing Rock Sioux Tribe, other native communities and fellow advocates are cautiously celebrating the U.S. Department of the Army’s Dec. 4 decision to deny an easement for the Dakota Access Pipeline to cross under Lake Oahe, a dammed section of the Missouri River.

The oil company has countered, saying the project will move forward. Earlier this month, President-elect Donald Trump said he supports completion of the pipeline. As water protectors hunker down in freezing temperatures, we know the fight is far from over. 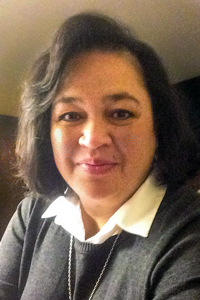 Thanks to social media, the world is still watching. Strategic communications has been the game changer to this historic battle. Through Facebook Live and top-trending #NODAPL Twitter posts, the world has witnessed the rise of the Standing Rock protest.

The #NODAPL movement began when youth from the Standing Rock Sioux Tribe, as well as other Native nations, launched an online petition drive. They made the 2,000-mile trek from Cannon Ball, North Dakota, to Washington, D.C., to deliver the petitions protesting development of the $3.8 billion pipeline, which the tribe said would disturb sacred sites and pollute drinking water.

Actress Shailene Woodley joined the youth and gave live Facebook updates as they crossed the country. Around the same time, a call went out through email and social media inviting tribes to join the effort to stop the pipeline.

The success lies in key points made repeatedly by David Archambault II, chairman of the Standing Rock Sioux Tribe.  The #NODAPL fight, he says, is about protecting the water, tribal sovereignty rights and sacred sites. These core beliefs are important, because they are common issues among indigenous peoples, not only in the United States, but also globally. The message is relatable. It calls for indigenous communities to stand in solidarity. More than 300 tribes and indigenous leaders from all over the world have come to support the Standing Rock Sioux Tribe.

Non-Native people also have heard the call and taken action. Lynne Hunter, a 63-year-old environmentalist, and her 70-year-old husband, Charles, loaded up their car and made a 13-hour road trip to support the Standing Rock Sioux in August.

“All these years, I’ve been sensitive to how we treated Native Americans historically and this issue struck a chord with me,” said Lynne Hunter, a member of Grace United Methodist Church in Winfield, Kansas. Like many advocates who visited Cannonball, the Hunters have returned to bring more supplies to the camp of protestors.

Online, more than 1 million people have “checked in” on Facebook in a show of support for the water protectors, even though they were nowhere near North Dakota. The online phenomenon occurred after rumors circulated that local police were using the Facebook check-ins to track activists on site.

There is no doubt that social media has mobilized people around the world to support the Standing Rock protest. When your trusted friends circulate news about Standing Rock or appeals for help, you answer.

Online calls to action have resulted in community protests at state capitals, local malls and community gathering places. When a request went out for advocates to call banks with investments in the pipeline, banks responded by withdrawing those investments.

This historic movement has grown at such a pace that the Standing Rock Sioux Tribe hired Pyramid Communications to help handle media inquiries.

In a blog post, Brad Angerman, Pyramid Communications project manager, says Standing Rock’s success is due to a clear and consistent message targeted at decision makers in Washington. At no time was this more evident than the Sept. 3, 2016, incident when sacred sites were bulldozed, and protestors were attacked by dogs and maced by security personnel.

Angerman says it was critical to refocus the story back to the tribe’s goal of protecting sacred sites. Viral photos and videos of that event, and another on Nov. 20 in which police used water cannons on protesters and shot them with rubber bullets, ignited an international uproar and fanned the flame of support from people globally.

This is a movement unlike any I have seen in my lifetime. Native leaders acknowledge that tribes have not assembled for this level of unity and support in more than 100 years. There’s power in Standing Rock, both in the physical space and beyond.

No one knows what will ultimately happen with the pipeline. What we do know is that our Native identity is changing, thanks to social media. We are no longer voiceless, a race of people left to be defined by others. We are telling our own story. We are writing our own history.

This is something corporate money and political wrangling cannot change.

Ginny Underwood is a communication consultant with ties to the Oklahoma Indian Missionary Conference. She is a member of the Comanche Nation of Oklahoma. Media contact: Vicki Brown, 615-742-5470 and [email protected].