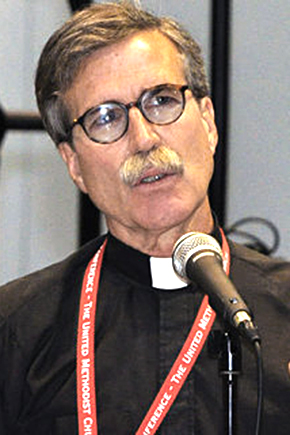 The question to be responded to, if not directly answered, is “What are the roles of women and men in the life of the church, and are they equal?”

This question brings to mind a couple of pages in “Witness to Hope: The Biography of Pope John Paul II” (HarperCollins, 1999) by George Weigel.

In his great and grand volume, Weigel recalls that Pope John Paul II (1920-2005), following Pope Paul VI (1897-1978), speaks of Mary as the “Mother of the Church.” The Polish pope declares that this Marian title should direct how the church thinks about itself.

Weigel summarizes John Paul II’s thinking on Mary and the church: “Mary ... was the first disciple, for her assent to the angel’s message made possible the incarnation of the Son of God. The incarnation had been ‘extended’ in history through the church, the mystical Body of Christ. Mary’s assumption into heaven prefigured the glorification of all who will be saved. Thus Mary provides a ‘profile’ of what the church is, of how the people of the church should live, and of what the destiny of disciples will be.” (p. 577)

Contrasting with the Church of Mary is the Church of Peter. Peter’s dimension of the church is about authority, what United Methodists call “doctrine and discipline.”

In Matthew’s Gospel, the Church of Peter is highlighted. Only in Matthew’s Gospel does the word “church” appear, and it appears in two passages. The first concerns the church’s doctrine, and the second its discipline.

Regarding doctrine, Peter declares to Jesus, “You are the Messiah, the Son of the living God” (Matthew 18:16). Jesus replies: “Blessed are you, Simon son of Jonah! For flesh and blood has not revealed this to you, but my Father in heaven. And I tell you, you are Peter, and on this rock I will build my church, and the gates of Hades will not prevail against it” (16:17-18). The Church of Peter is about revealed doctrine.

Regarding discipline, in Matthew 18, Jesus speaks to the 12, including Peter, about church discipline. Failure to resolve a personal dispute leads to this last resort: Then “tell it to the church; and if the offender refuses to listen even to the church, let such a one be to you as a Gentile and a tax collector. Truly I tell you, whatever you bind on earth will be bound in heaven, and whatever you loose on earth will be loosed in heaven” (18:17-18). The Church of Peter also involves discipline.

Weigel notes: “The Marian Church preceding and making possible the Petrine Church — this was not the way many [Roman Catholic] officials, not to mention millions of Catholic laity and clergy, were accustomed to thinking about Catholicism. But it was how John Paul proposed that they should.” (p. 577)

The Marian and Petrine dimensions of the church often can be spotted throughout The United Methodist Church’s faith and life.For example, telephoning eastern North Carolina pastors before Hurricane Florence hit, Bishop Hope Morgan Ward encouraged her sisters and brothers toward faithful, exemplary discipleship — that was first seen in Mary. When, in 2002, Bishop Marion Edwards (1939-2011) summoned his clergy to Raleigh and proposed to them the truth of the church’s doctrine, he displayed the Church of Peter.

The Church of Mary and the Church of Peter require each other. At their best, they work together — in the service of the Body of Christ.

Because of the power of the Holy Spirit, all work together — women and men; the Church of Mary and the Church of Peter; discipleship prior to, and within, the structures provided by doctrine and discipline — so that the church can continue as a pilgrim people on its long journey through history toward the Kingdom Come.

"Many Voices, One Faith” is a forum for sharing theological perspectives on topics of interest in The United Methodist Church. The forum is designed to put the voices of the church in conversation with one another and build understanding of what it means to be United Methodist today. Read more commentaries.