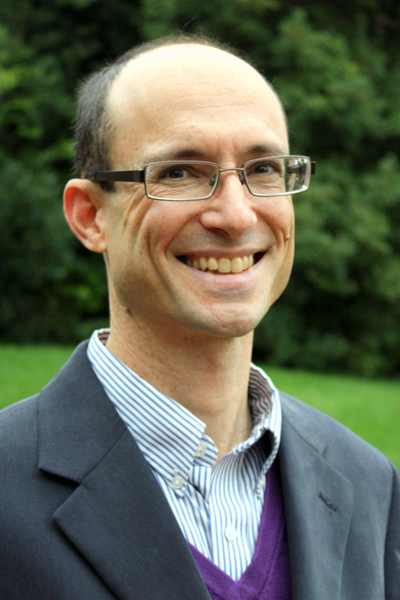 Methodists have a history of adjudicating moral questions through legal channels — including questions about marriage.

The Judicial Council is expected to hold a hearing on a request for a declaratory judgement concerning the question of whether a person who claims to be a "self-avowed practicing homosexual" or is a spouse in a same-sex marriage lawful can lawfully be elected, consecrated and assigned as a bishop under The Book of Discipline.

As United Methodists await a judicial ruling, they would do well to remember a Methodist legal case 95 years prior.

The Rev. Frank L. Tuttle was a member of what is now the California-Nevada Conference of the United Methodist Church, the same conference from which Mountain Sky Episcopal Area Bishop Oliveto was elected to the episcopacy  in 2016. After retirement, Tuttle was accused of clerical maladministration (misconduct). The charge? In direct violation of the Discipline, Tuttle had married a divorced woman.

The history of Methodist proscriptions against divorce and remarriage after divorce offers a cautionary tale for United Methodists on all sides of the current debate about homosexuality. Methodists continue to enforce morals through church laws on marriage, though the issues have changed since Tuttle’s second marriage in 1922. Methodists have been down this legal path before.

It’s been a long time since Methodists in the United States have publically wrestled with the morality of remarriage after divorce. (Note: Divorce has been raised as moral issue for Methodist clergy in Liberia and in other Africa central conferences. Yet, divorce was a prominent issue of clergy ethics for over 100 years in U.S. Methodism. From the 1850s through the 1950s, all of the predecessor denominations to The United Methodist Church fought against the “divorce evil” facing U.S. society.

Methodists saw divorce as a destabilizing force in society and a threat to biblically-based religion. At the beginning of the 20th century, Methodists joined other Protestant denominations in support of a U.S. constitutional amendment to address the danger. The bishops of the Methodist Episcopal Church had publicly declared remarriage after divorce a form of “consecutive polygamy.” Clergy were not allowed to be divorced and were not allowed to conduct marriages of persons who had been divorced for any reason other than the previous spouse’s adultery. And clergy were certainly not allowed to marry a divorcee.

Tuttle, a widower and retired pastor, married Mrs. E. L. Anderson of Pacific Grove, California, a divorcee, on October 8, 1922. At the time of their wedding, Tuttle was 73, Anderson 71. The Conference Relations Committee found Tuttle to be in “technical violation of the law of the church” but declined to bring charges against him due to “extenuating circumstances.” Presiding Bishop Adna Leonard, however, ruled the committee’s action unlawful. The bishop’s ruling was appealed, sending the case to Methodism’s highest judicial body, which upheld the bishop’s ruling and ordered the California Annual Conference to bring charges against Tuttle for an unlawful marriage. (For a surprising twist in resolving Tuttle’s case, see my book, Methodist Morals, chapter 7.)

The denomination’s official prohibition of remarriage after divorce had remained unchanged for over 40 years and would remain unchanged for nearly 40 more years. Tuttle was clearly in violation of church law and the church was divided on how to respond.

The United Methodist Church is currently in a situation very similar to that faced by Methodists in the 1920s. Substitute the word homosexual for divorcee and the same pattern of legalism emerges. Comparison of church legal actions on divorce and homosexuality yields an amazing number of parallels, suggesting a familiar pattern for how Methodists have dealt with divisive issues of sexual ethics.

This is where the historical comparison must end, at least for now, because this is where The United Methodist Church finds itself in its current struggle with the immorality or morality of homosexuality.

Tuttle’s case marked the high point of rigid legalism regarding divorce in the Methodist Episcopal Church. Methodists soon began to consider whether there might be a “moral equivalent” to adultery, such as abandonment, spousal abuse, and other contextual factors. At the uniting conference of 1939, Methodists revised church law to allow more room for case-by-case discernment. Exercising pastoral discretion meant that annual conferences and local churches were freer to respond to the needs of the individuals in their care.

By 1960, General Conference had turned regulation of divorce over to regional and local bodies of the church. By 1972, the U.S. had embraced no-fault divorce laws, and The United Methodist Church had adopted the statement, “we recognize divorce and the right of divorced persons to remarry.” Rather than constructing a theology of marriage that could account for these difficult new social circumstances, however, Methodists abandoned divorce as a moral issue and refocused their collective moral gaze on homosexuality and homosexual marriage.

As the pace of social change accelerates in the U.S. and multiple conferences in The United Methodist Church resolve to act in non-conformity with the Discipline on homosexuality, Tuttle’s case stands as a theological and moral prompt for the church to engage in self-critical reflection. If the past is to have any positive bearing on the future, Methodists must continue to grapple with past debates about the morality of divorce. The history of Methodist teachings on marriage has a lot to teach the current generation about how to address the challenges of witnessing to Christian faith in the world today. Remembering Tuttle is essential to the denomination and a redeemed future.

Stephens is director of United Methodist studies at Lancaster Theological Seminary and a clergy member of the Texas Annual Conference. This article is based on research published in his book, Methodist Morals: Social Principles in the Public Church’s Witness (University of Tennessee Press, April 2016).