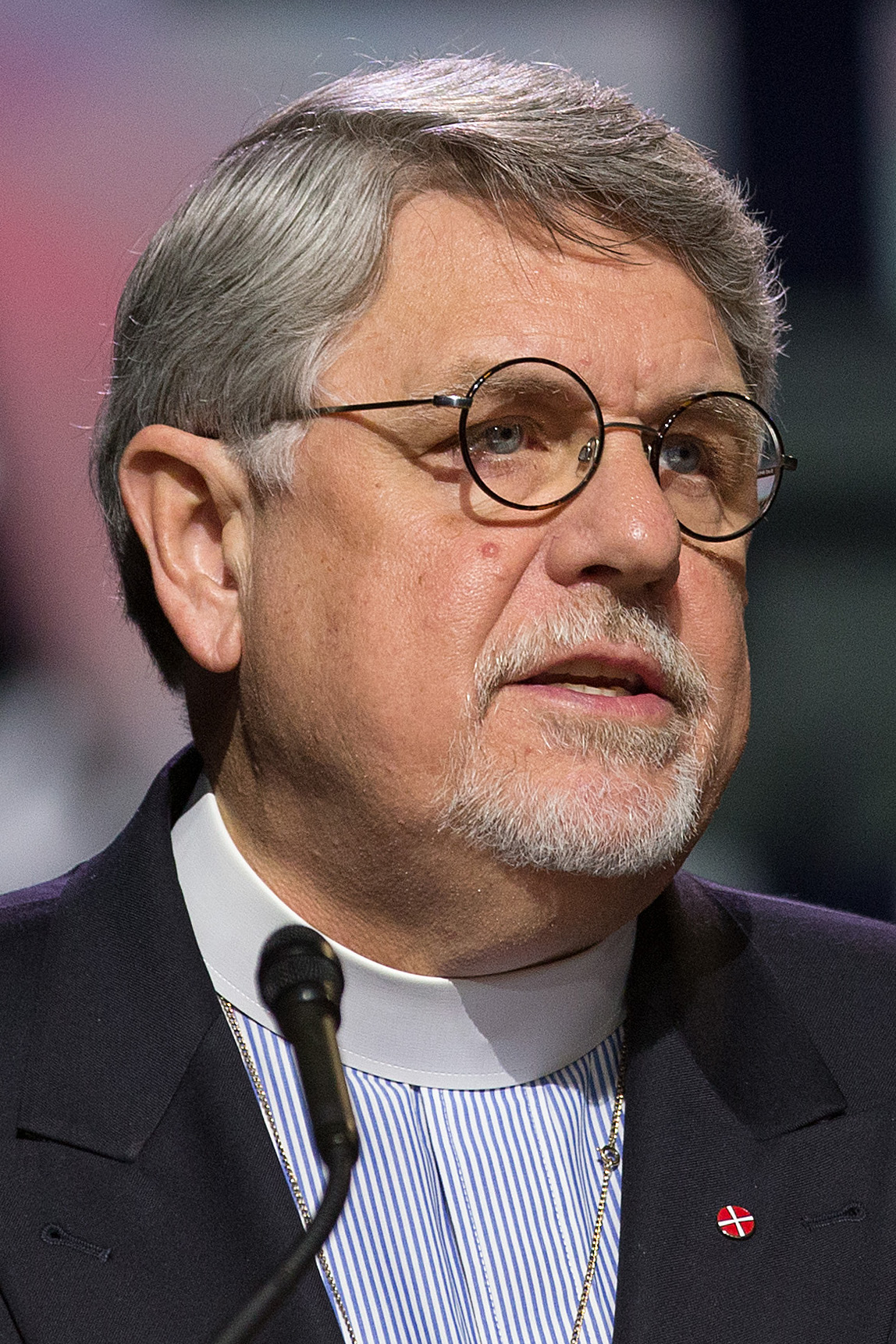 A relative of deceased Bishop Reuben H. Mueller (1897-1982) asked for help from the General Commission on Archives and History in doing genealogical research.  If that name rings a bell, it is because Bishop Mueller, representing the Evangelical United Brethren Church, joined hands with Methodist Bishop Lloyd C. Wicke to form The United Methodist Church on April 23,1968.

In the course of gathering the pictures and documents requested from the archive vaults, our reference archivist, Frances Lyons, was especially taken with an April 22, 1968, congratulatory telegram from then presidential candidate Sen. Robert F. Kennedy. The telegram was addressed to Bishop Muller as one of the presiding officers of the uniting conference and official celebration of the merger to take place the next day.

I wish to extend my greetings and congratulations to the Uniting Conference of the Methodist Church and Evangelical United Brethren Church. This step toward Christian ecumenism is further witness to the urgent need for cooperation in a world divided and broken. The historic concerns of both your churches for social issues and community service have led to significant advances in American religious life. I commend you on your past achievements and extend my best wishes to the new United Methodist Church as it seeks to open new frontiers of service. Dag Hammerskjold wrote "The road to holiness leads to the world of action." My best wishes to the United Methodist Church as it goes to where the action is.—Robert F. Kennedy

When Frances shared this chance new discovery with me, I was immediately struck by Sen. Kennedy lifting-up the "new" United Methodist Church as a "witness to the urgent need for cooperation in a world divided and broken." The year 1968, when the telegram was written, was one of the most turbulent, divisive times in modern American history — war and peace, hippies and hardhats, race and riots. The Rev. Martin Luther King Jr. was assassinated just a matter of weeks before Kennedy composed this telegram.

It is not a stretch to imagine that Kennedy was looking for sources of hope in this tragic landscape. In the midst of this era when the U.S. — and even the world around the church —seemed to be breaking apart, Kennedy observed that the creative act of the uniting church was a reaffirmation of a different way forward.  It seemed to give him hope that while all the world seemed at odds, there were still people working together in service and faith to bring about a better world.

And though Kennedy himself was tragically assassinated just some weeks later, one could take the same comfort in the lesson that even when violence and hate seem to destroy our best hopes for progress, a united and uniting community of souls bound by service and faith provides the best breeding ground for the next step forward in the "world of action."

I eagerly shared the Commission on Archives and History’s find with Bishop Ken Carter, president of the United Methodist Council of Bishops. Sensing the find's beating heart, he quickly prepared a press release to share across the connection:

The brief telegram is historic and inspiring, a reminder of who we are and who we aspire to be. Kennedy speaks of the importance of ecumenism in a fragmented world, the need for cooperation, and our historic practice of social witness and community service. He also recalls the wisdom of Dag Hammerskjold, who had served as the secretary-general of the United Nations — "the road to holiness leads to the world of action" — and extends best wishes as this new church "goes to where the action is"!

In this moment, this telegram reminds us of where we have been and at the same time comes as an urgent and prophetic gift.

Frances then sent Bishop Carter's press release to Bishop Mueller's inquiring family member who, in the initial query, was only expecting to fill in some gaps in the family history. "I found myself almost in tears at how relevant the messages feel today . . . [T]hey summarize our current struggles for equity better than anything I've read."

Sitting at my desk in the United Methodist Archives and History Center, where such discoveries and rediscoveries happen all in a day's work, lately I have been asking myself how will history record and remember what will transpire at the upcoming special session of the General Conference. How will a relative of a bishop, student of Methodist history, church and secular historians, religious and mainstream media combing this archive look back on what The United Methodist Church decided about its way forward during/from its near 50-year debate over human sexuality? What will be witnessed, observed, noted, and abide from those four days in February 2019?

The future will yield many perspectives and interpretations. That is the nature of review and reflection. But through all the analyses, if someone from the outside looking in, like Robert Kennedy, might identify the progeny of the Wesleys, Albright, Otterbein, Boehm, Heck and Hosier as the embodiment of holiness (not holier-than-thou-ness) turned to action for the sake of a fragmenting world. Or if someone from the future, like Bishop Mueller's grandchild, looking back on their ancestor's emblematic embrace with the Methodists (and Methodists embracing  their  own "Wir sind bruder" birthright) beholds United Methodists as people "with burning zeal  for the sanctification of souls, kindling faith which has cooled to be warmed, coming to know Christ and salvation." Or if John Wesley's  missional manifesto to "spread scriptural holiness (not biblical literalism) across the land" will have loosed the means of grace sufficient to "kindle a flame of holy love which leaped and ran, an inexhaustible blaze spreading to the uttermost part of the earth" — then United Methodists will be known for the history we have aspired to.

The quotations above are taken from some great church prayers addressing the Wesleys and historic Methodism. May they embody the classic "lex orandi, lex credenti" ("the law of prayer [is] the law of believing") Christian tradition that prayer leads to belief and liturgy to theology.

With the 2019 Special Session of General Conference beckoning, I hope and pray that retrospective historical musings will recognize a faithfulness to United Methodist DNA. That DNA by its grounding in a message of God's love for all brings people to experience transformation in a relationship with Jesus Christ thus propelled by "love divine, all love excelling" to be difference-makers in the world.

Whether looking back or looking forward, may onlookers know United Methodists for our "cooperation in a world divided and broken" and open "engagement of new frontiers of service."

Onward to where that action will lead us.

Day is the top executive of the denomination’s Commission on Archives and History.

Words taken from J. E. Rattenbury in For All the Saints: A Calendar of Commemorations (Order of Saint Luke Publications, 2013), 113 and The Proper for Lesser Feasts and Fasts, 2000, Together With Fixed Holy Days (New York: Church Publishing House, 2001), 177.

Slavery and the founders of Methodism

The founder of Methodism was a staunch abolitionist and the early church was antislavery, but that dedication later faded.

In a 50-year ministry career, the Rev. Daniel Z. Rodríguez advocated for justice and helped ensure that The United Methodist Church served Hispanic/Latino and ethnic communities.

A Korean-American high school student writes about her grandfather's longing to meet his family in North Korea and how that inspires her to work for the peace movement.