As we reach the end of the 2008 General Conference, some of us delegates are feeling a little like the 87-year-old John Wesley, who, as he neared death, wrote to a friend, "I am half blind and half lame; but by the help of God, I creep on still."

General Conference delegates have done their very best while deliberating under the influence of too little sleep and too few breaks. And we, like Wesley, creep on still.

General Conference sessions are always tiring and long, but this year was the worst, according to many experienced delegates. The organizers of General Conference, in a praiseworthy effort to save money, cut two days from the General Conference calendar. And with the addition of some new events and speeches, we were left with even less time for legislative committee deliberations. And it showed.

Many legislative committees and subcommittees worked not only through their regularly scheduled times, but also through lunch and dinner breaks for three and four days running, through plenary sessions, and then even after late-night plenary sessions were over, as late as 1 a.m. 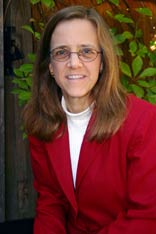 You could see the effects. Delegates would forget in the middle of a sentence what they were trying to say, and they would cry over things they would normally shrug off. I've heard slurred speech and seen staggering gaits, with not a drop of alcohol in sight.

This is no big surprise.

A person who has lost a lot of sleep will experience the same impairments as someone who's had a couple of margaritas. If you go 24 hours without sleep or go a week with only five hours of sleep a night, like many General Conference delegates, you are just as impaired as someone with a .10 percent blood alcohol level.

In one study, researchers found only one difference between those who went 24 hours without any sleep and those who went for a week with only five or so hours a night: Those with no sleep at all recognized that they were messed up!

For all of their sleep deprivation, most delegates have enough wisdom to know this is not the best way to get the church's work done. We did our very best to get our work done in the shorter-than-ever time that was allotted even when that meant little sleep and no breaks. Indeed, delegates may have been sleepy and foggy-headed, but like John Wesley, we "crept on still."

United Methodists are known for being hard-workers. Wesley's instructions to his preachers are still read during the clergy session at each annual conference: "Be diligent. Never be triflingly employed. Never trifle away time."

But that was not all of Wesley's advice about the use of time. He once wrote that we should not "begin or continue in any business which necessarily deprives us of proper seasons for food and sleep, in such a proportion as our nature requires."

This is not a good state in which to deliberate. We would have suffered no less impairment had the marshals and pages been passing out shots of vodka at the convention center entrances!

That's not at all what abstemious United Methodists are recommending. We don't want vodka! We don't want margaritas! We don't even want long nights of sleep and lengthy breaks! (OK, maybe we do want a good, long night's sleep.) Mainly, we just want enough time to finish our task.

To the new General Conference Commission, we say: Give us the time we need to do our work.

*Miles is a clergy delegate from the Arkansas Conference and an associate professor of ethics at the Perkins School of Theology, Southern Methodist University. This commentary was provided by the United Methodist Reporter.