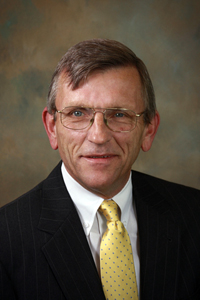 While The United Methodist Judicial Council’s 19-page, single-spaced and annotated decision related to the election of Western Jurisdiction Bishop Karen Oliveto was not an easy read, as the Jurisdiction’s counsel, the result was clear: Bishop Oliveto’s election last July was proper under United Methodist church law. She continues as bishop of the Mountain Sky Area.

In their rush to report on the decision, some news outlets created confusion by reporting Bishop Oliveto’s consecration had been held to be unlawful by the Judicial Council.

Early on in its decision, the Judicial Council ruled that it had no jurisdiction to review Bishop Oliveto’s nomination, election and assignment. Bishop Oliveto was duly nominated, duly elected and duly assigned.

The confusion came from what we believe is the misinterpretation of the section where the Judicial Council discussed Bishop Oliveto’s consecration by the bishops present at the Western Jurisdictional Conference in Scottsdale, Arizona. In that section, located on Page 9 of the decision, the Judicial Council clearly acknowledged that she was in good standing, eligible for election, and therefore, had to be consecrated after she was elected.

“There is no provision in The Discipline making it lawful to deny consecration to a duly elected episcopal candidate in good standing,” the Judicial Council wrote. The council goes on to state the College of Bishops had a duty to consecrate her. “Episcopal leaders who participate in the service of consecration of a duly elected bishop in good standing are fulfilling a responsibility specifically assigned to them by The Discipline,” they declared.

The council had earlier decided it did not have the constitutional authority to question the actions of the Western Jurisdictional Conference when it elected her by an 88-0 vote on the 17th ballot.

At that point, the decision contains a discussion about the hypothetical election of an LGBTQ bishop in the future, and outlined procedures that need to be followed well before that person could become a candidate for bishop. This appears to be the source of the confusion over the legality of Bishop Oliveto’s consecration. This discussion does not affect her election and consecration.

In this section, and other parts of its decision, the Judicial Council created new law related to how The United Methodist Church defines homosexuality when it comes to the eligibility of persons seeking ordination.

The council, ill-advisedly in my opinion, said the church can now consider the public marriage records related to a marriage between persons of the same gender as evidence of self-avowal of homosexuality. This is a dramatic change that continues to send a message to LGBTQI people that they are not able to have a full relationship inside The United Methodist Church. It seems to give anyone with an ax to grind permission to dig up a marriage certificate and use it against a clergy person they suspect may be in a same-sex marriage. Heretofore, church law required a self-avowal by that person, a much different standard.

Does this new standard affect the election or consecration of Bishop Oliveto, who is married to her spouse, Robin Ridenour? No. It is a forward-looking declaration and does not affect previous actions.

The Judicial Council referred to the consideration of complaints against a bishop who is gay. Soon after Oliveto was consecrated, a complaint challenging her eligibility to serve was filed with the Jurisdictional Committee on the Episcopacy. That complaint is under review through the processes outlined in the Book of Discipline.

Finally, in an important note to finish the conversation, the Judicial Council did not retain jurisdiction over the parties for future action. And, of course, the process moves forward.

The Rev. Keith Boyette, counsel for the South Central Jurisdiction, offers his analysis of the opinion.

Bishop Joseph H. Yeakel helped in the formation of The United Methodist Church in the 1968 and later served in a variety of leadership roles, including Council of Bishops president.
Local Church

As he planned retirement from local church ministry, the Rev. Olu Brown envisioned a new philosophy of normalizing “next” and living life to the fullest.