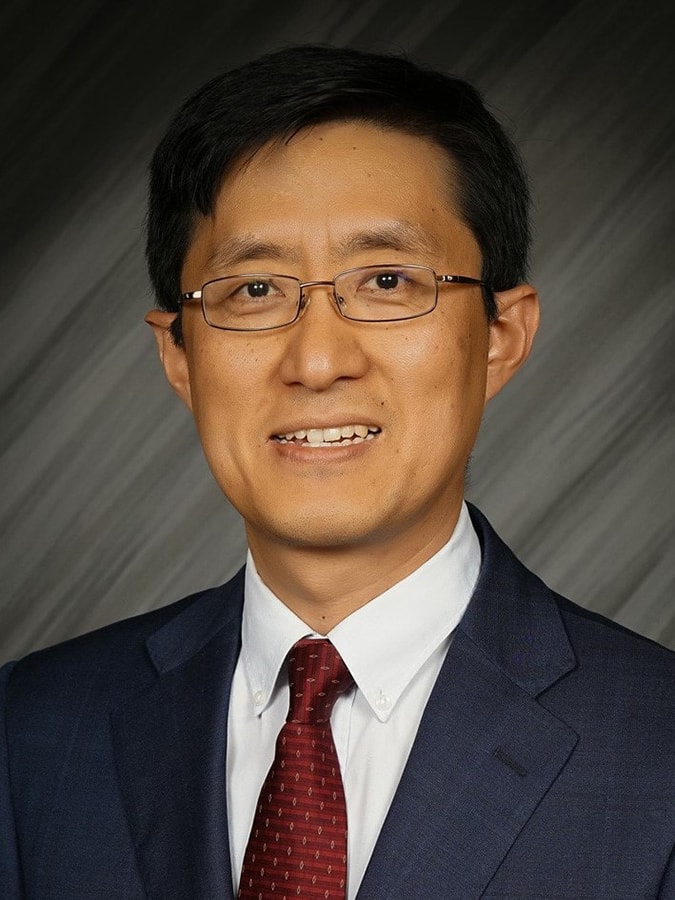 The Rev. Heecheon Jeon
Photo courtesy of the Iowa Conference

The Rev. Heecheon Jeon has issued an open letter of apology to a fellow Iowa clergy member, saying he believes his decision to sign the Iowa Cabinet’s formal complaint against the elder in 2017 did “irreparable” harm as well as “deeply wounding” his own integrity.

His letter expressed “my deep apology” to the Rev. Anna Blaedel and “queer kin, Rev. Tyler Schwaller, who has served as Anna’s clergy support.” He expressed his belief that signing the complaint had damaged their “integrity as God’s beloved and their important ministry in the Iowa Annual Conference.”

During the 2016 session of the Iowa Annual Conference, Blaedel publicly identified as “a ‘self-avowed practicing homosexual.’ Or, in my language, I am out, queer, partnered clergy.”

In response, three clergy members of the conference filed a complaint with Bishop Julius Trimble in June 2016. That complaint was dismissed by Trimble just before he began his tenure as episcopal leader of the Indiana Conference on Sept. 1.

Blaedel was further accused of officiating a same-sex wedding in 2017, and the cabinet made a formal complaint while Jeon was a member of the cabinet. It was that complaint that he signed and that was the subject of the letter of apology.

In June 2017, the complaint reached a resolution under Iowa Bishop Laurie Haller in which both Blaedel and the cabinet involved agreed to issue an invitation to the Iowa Conference and broader United Methodist Church to “strive to live lives marked by faithfulness and integrity, and seek to build a more just and loving church and world.” 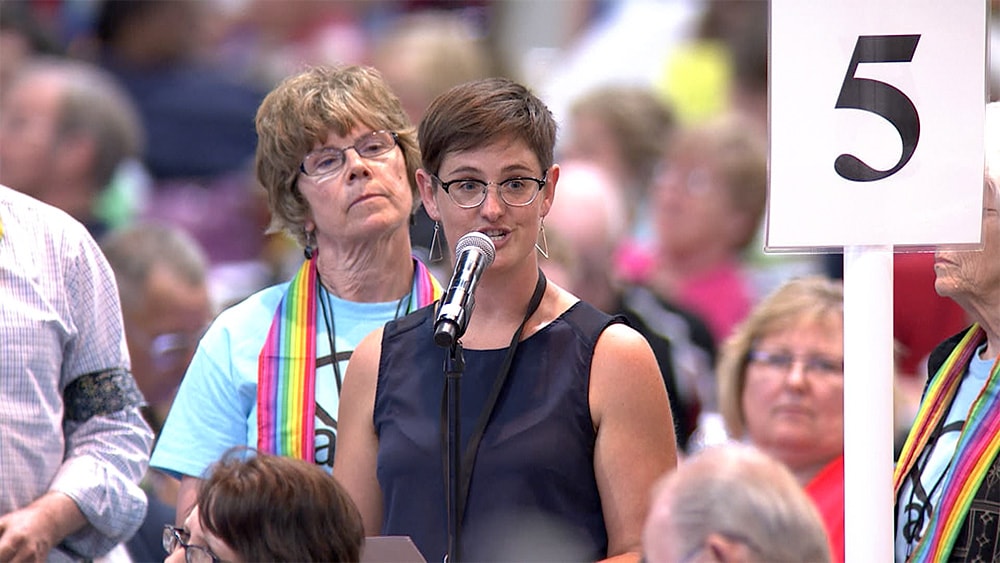 In a file photo from 2016, the Rev. Anna Blaedel speaks during the Iowa Annual Conference session on June 4. Photo by Arthur McClanahan, Iowa Conference.

The Rev. Harlan Gillespie, assistant to Bishop Haller, said the cabinet had no comment on Jeon’s letter.

Blaedel told UM News that Heecheon’s apology was “an important act of relational repentance and repair, and opens the possibility for deeper and ongoing solidarity.”

“His witness is faithful, and reflects his commitment to follow Jesus by laboring to build a more just and loving church, and world. Unfortunately as long as the policies and practices of this denomination inflict oppression, injustice and violence against LGBTQIA+ kin, even interpersonal acts of repentance, repair and reconciliation will not be sufficient in stopping the grave harm being done. The Gospel insists that we can and must do better,” Blaedel said.

In his letter, Jeon said that as a person of color and an immigrant, he has fought the “systemic racism and white supremacy” he sees as ingrained in the institutional power of the church. He also sees LGBTQ people as victims of discrimination, too.

“Inclusion of LGBTQIA+ people is a justice issue and a human rights issue. I believe everyone should be treated equally and humanely in this society.”

He said that was one reason he broke the covenant of the cabinet and issued the apology.

“Attacking or discriminating against person or community with the Bible is denying God's universal love,” Jeon told UM News. “We need to ask ourselves, ‘Who is your neighbor?’ ‘Who are the marginalized people around us?’ and should look for the core value of Christianity. I know it is not easy to be a church as a stepping stone to realize the love of Jesus Christ."

Jeon also said in his letter that he rejected the passage of the Traditional Plan by the 2019 General Conference and would resist implementation of the plan, which strengthens the current bans on ordaining "self-avowed practicing" gay clergy or officiating at same-sex weddings.

Kim is the Korean/Asian News Director for UM News. Contact him at 615-742-5470 or email [email protected]. To read more United Methodist news, subscribe to the free Daily or Weekly Digests.

Organizers named the values that will guide their decision on whether the denomination’s legislative assembly goes forward as scheduled.
General Church

At a virtual conference, NCJ delegates approved a covenant naming their commitment to anti-racism work and LGBTQ inclusion.
Bishops

As the Council of Bishops begins its fall online meeting, a group of United Methodists is urging the leaders to allow churches that so desire to depart with property.