Claremont School of Theology, one of The United Methodist Church’s 13 seminaries, is having financial problems that may mean the school will have to leave its current campus in California, said the Rev. Kah-Jin Jeffrey Kuan, president.

At the same time, Claremont is celebrating its largest enrollment in the last 35 years. The class of 2017 is the largest ever, with nearly 80 students receiving degrees. The 2017 class also includes the first class of hybrid/online students. 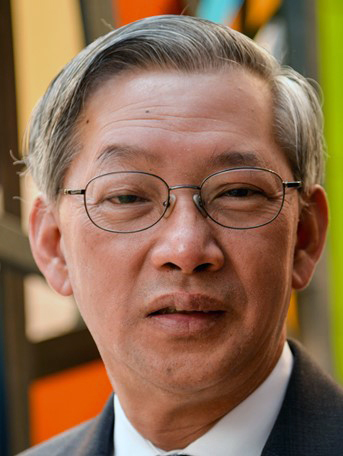 “At a time when Claremont School of Theology is experiencing its greatest success, we are facing our greatest challenge,” Kuan wrote in a letter to donors, alumni and friends.

The school has always faced financial challenges, Kuan told United Methodist News Service, and has never been able to build an endowment necessary to support its operations.

“As a seminary, we cannot rely just on tuition revenue and annual fundraising,” he wrote in a June 7 email.

The school moved to its current location in 1957, and Kuan said there is “significant” deferred maintenance needed to revitalize the campus including retrofitting large buildings for earthquake safety. Kuan became the seminary’s president in 2013.

“We would rather put funds toward our focus — educating our students to be agents of transformation and healing in a hurting world,” he said.

All options are being explored, Kuan said, including relocating or embedding within a university or moving to a more efficient location.

Kuan credits the increase in enrollment to “reclaiming our identity as being United Methodist in origin and affiliation and ecumenical and interreligious in spirit.”

“We rebuilt our relations with the denomination, especially with annual conferences and local churches,” Kuan said. “In the last three years, our United Methodist student population has increased by more than 50 percent.”

Three years ago, Claremont launched a hybrid/online program that offers Master of Divinity and Doctorate of Ministry degrees.

“Among United Methodists, bishops in our region have been able to appoint our students to serve in churches while they complete their theological studies,” Kuan said.

Claremont is a fully accredited school but is under sanction by the Western Association of Schools and Colleges because of its financial problems, Kuan said.

The school will celebrate its 60th anniversary this year, he said.

“We are planning to be around for at least the next 60 years.”

Gilbert is a multimedia report for United Methodist News Service, contact her at 615-742-5470 or [email protected]. To read more United Methodist news, subscribe to the free Daily or Weekly Digests.

New program prepares students in Sierra Leone to retake high school exit exams so they can qualify to enroll at universities.
Mission and Ministry

The Rev. John Wesley Z. Kurewa, the first vice chancellor of Africa University, is being remembered for his leadership and vision.
Mission and Ministry

Trinity United Methodist Church in Gilgil has created a new way of allowing girls to move ceremoniously from childhood to adulthood without undergoing the cut.