The lunch counter sit-ins of the U.S. civil rights movement began some 40 years before Brisia Campos was born. Thanks to a simulation at the Center for Civil and Human Rights in Atlanta, she got a feel for what it was like when college students took a stand against segregation by taking a seat.

Campos, a 17-year-old United Methodist from Dallas, sat at the counter, put her hands on the table and, through headphones, heard verbal attacks. Then her seat began to shake — another re-creation of what protesters went through when surrounded by angry segregationists.

“I started crying,” Campos said. “You could feel the people kicking your chair, and hear all those mean things they were saying.”

Campos and 46 other Hispanic youth from United Methodist churches and ministries in Dallas had an eye-opening spring break, taking a four-state civil rights history tour.

A $25,000 grant from the denomination’s National Plan for Hispanic/Latino Ministry made it possible for the young people, accompanied by eight adults, to go by bus March 11-15 to Little Rock, Arkansas; Memphis, Tennessee; Atlanta and Selma, Alabama. 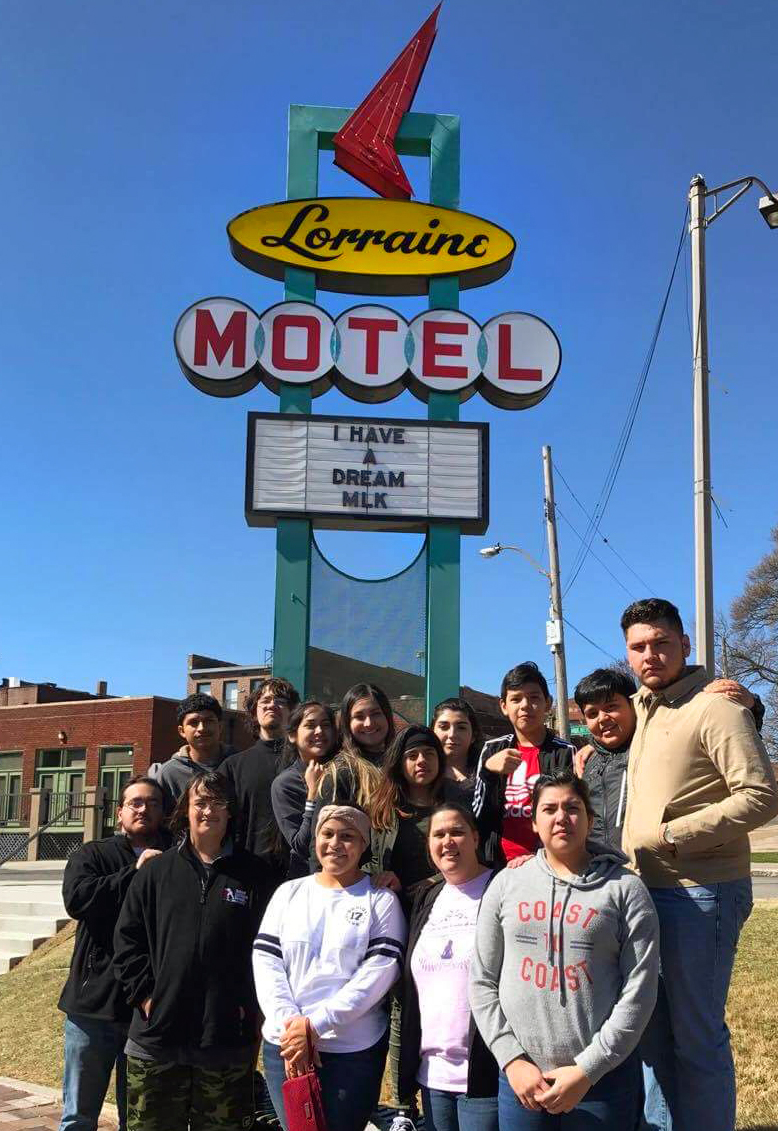 Hispanic youth from the Dallas area visit the National Civil Rights Museum at the Lorraine Motel, in Memphis, Tennessee. A grant from the United Methodist Church’s National Plan for Hispanic/Latino Ministry funded the group’s civil rights tour of the South. The Rev. Martin Luther King Jr., was killed at the Lorraine Motel on April 4, 1968. Photo by Martha Valencia.

Most in the group went having only sketchy knowledge of the civil rights movement, and some had never been out of Texas.

“My youth are changed coming back from this,” said the Rev. Amy Spaur, pastor of Elmwood-El Buen Samaritano United Methodist Church in Dallas and one of the chaperones. “It was very impactful.”

The tour was the dream of Shellie Ross, senior director of education at United Methodist-affiliated Wesley-Rankin Community Center in Dallas, and Morgan Stafford, projects coordinator for the Hispanic/[email protected] Ministries Program at Perkins School of Theology.

They both had experience working with Hispanic youth as immigration tensions lingered and the Black Lives Matter movement gained prominence. They felt a better grounding in civil rights history would serve the young people well.

Ross happened to mention the idea while a panelist at a Hispanic youth ministry event at Perkins. The Rev. Francisco Cañas, director of the National Plan for Hispanic/Latino Ministry, was on the panel as well.

He strongly encouraged her to apply for a grant from the Plan.

They went first to Little Rock, where they visited the Central High School National Historic Site, scene of an epic integration effort in 1957.

Then it was on to Memphis, where they visited the National Civil Rights Museum at the Lorraine Motel. The Rev. Martin Luther King Jr. stayed at the Lorraine often while speaking and demonstrating for civil rights in Memphis. He was assassinated on April 4, 1968, while standing on the balcony of the Lorraine’s Room 306.

The students visited that room, one of the museum’s signature exhibits.

“I got the chills,” said Paul Arreola, 17, a trip member from Elmwood-El Buen Samaritano United Methodist.

Jose Oviedo, 17, a participant in Wesley-Rankin’s after-school programs, was moved as well.

“It made me feel like I was there the day he was shot,” he said. 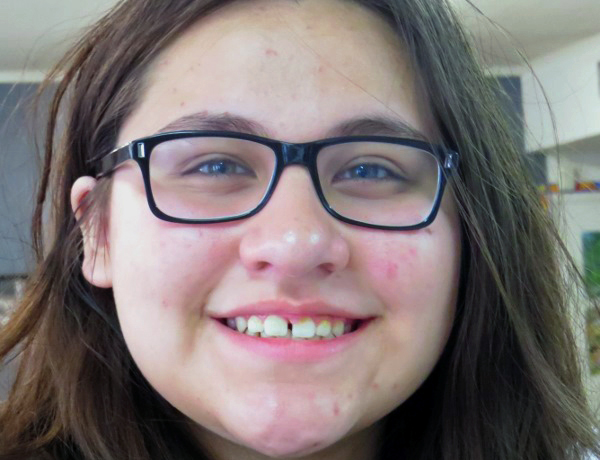 Carisma Garcia, 13, was among a group of Hispanic United Methodist youth from Dallas who went on a spring break tour of civil rights history sites acorss the South. Photo by Sam Hodges, UMNS.

The lunch counter sit-in simulation in Atlanta was a highlight for many in the group. They also visited the Martin Luther King Jr. Center for Nonviolent Social Change and Ebenezer Baptist Church, where King and his father were pastors.

The King Center made an impression on Carisma Garcia, a 13-year-old from Agape Memorial United Methodist.

“It showed how much he worked for us not to be segregated,” she said.

Joanne Bland, who was in that march, met with the students, sharing her experiences and exhorting them to vote and get involved in other ways in politics.

“She still remembers everything like it was yesterday. Pretty amazing,” Arreola said.

The students said they began the five days sticking with their respective church and ministry friends, but soon began sitting and eating with those they didn’t know well. By the end, tight new bonds had formed.

The trip also had them engaging in nightly debriefings about what they’d experienced and how the lessons learned could apply today.

“Racism is still going on,” Arreola said. “Back then it was African-Americans. Now, it’s come to Latinos, Muslims.”

Campos said the trip has given her a new direction for her life: politics. She hopes to effect social change and make the broader world more like the loving family she considers her diverse congregation at Elmwood-El Buen Samaritano to be.

Arreola doesn’t see himself going into politics. But he does see himself entering the voting booth — and as soon as possible.

As students and staff mourn the loss of family and friends, AU provides emotional support and encouragement.