When President Obama, the nation’s first African-American president, was elected in 2008, many declared that the United States was entering a “post-racial era.”

“It seems that 239 years after our nation’s founding, and 151 years since the Civil War, we are still not ‘One nation, under God, with liberty and justice for all,’” Jackson said. “It is also discrimination and bias built into laws and policies — the racism of being stigmatized and targeted because of the color of our skin…that must be confronted.” 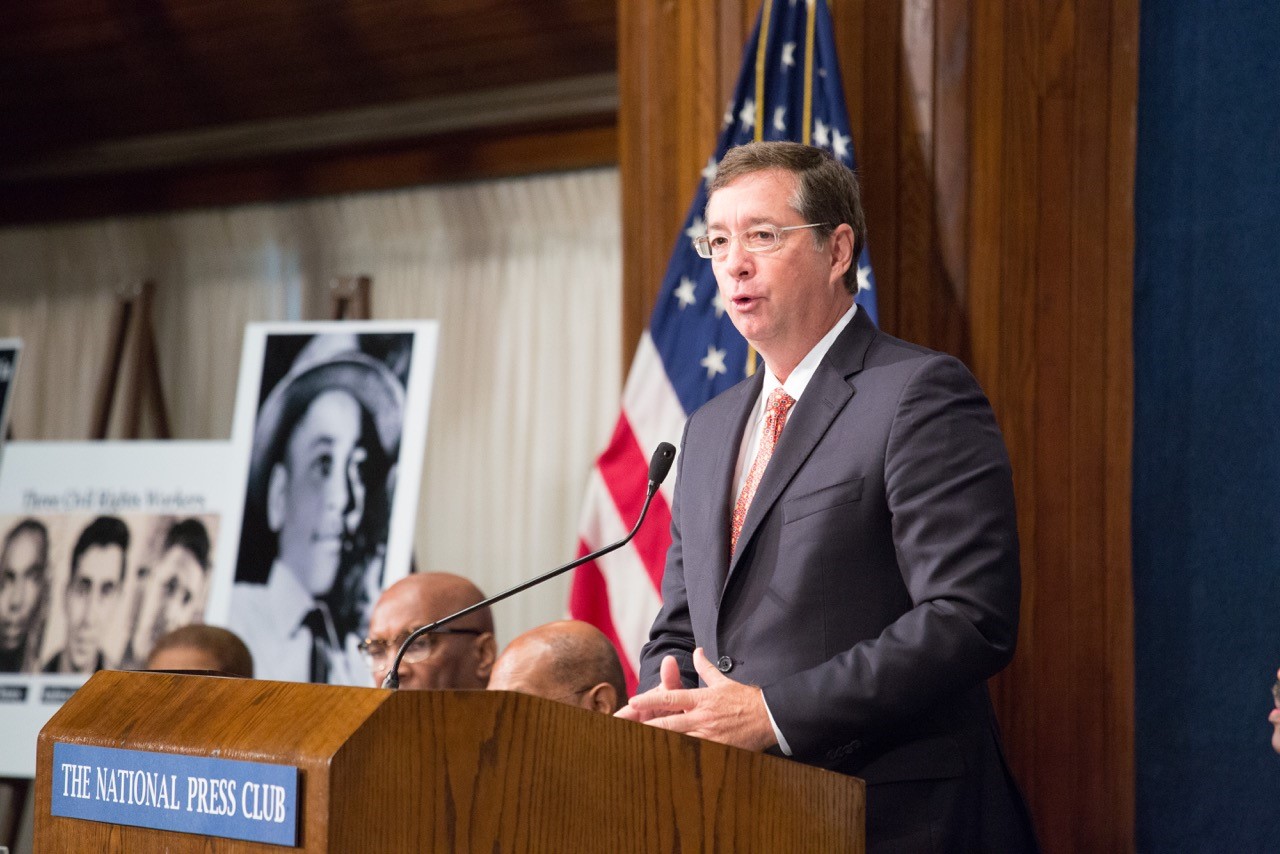 The Rev. Stephen Sidorak, ecumenical staff officer for The United Methodist Church, expressed his hope that the denomination will become full participants in this historic new partnership.

Bishop Mary Ann Swenson, the ecumenical officer of the United Methodist Council of Bishops, and Sidorak sent a letter to Jackson and the Pan-Methodist Commission bishops to say publicly that they stand with the Pan-Methodists in the event the work that will follow.

“Both our church and our nation have been in denial about the systems of racism that continue to exist.  Over the last year and a half, we have seen what the results of that denial can be.  The pain, injustice and death are heart-breaking and unnecessary,” they wrote.

“It is our fervent prayer that together our voices will be heard, and we may truly be the leaders God needs us to be.  We continue to uphold our commitment to the Pan-Methodist Commission, to looking at our own systems and how we hurt others, and to standing in solidarity as we face this evil together,” they wrote.

Jim Winkler, a United Methodist and top executive of the National Council of Churches, also spoke to the Pan-Methodist gathering.

“Today, all Americans, whether they admit it or not, have to be prepared for the possibility each and every day they may be shot and killed or wounded, whether they are in Bible study in church, sitting in a movie theater or attending school, driving their car down the street, standing at a bus stop, or reporting on tourism for the local TV station,” Winkler said.

“This is insanity.  This is a crisis of faith that most houses of worship do not address in any way.”

“As people of faith, we believe hearts can be changed.  But the problems and consequences of racism cannot, and should not, wait for changes in the heart alone,” said Reddick.  “Political leaders must act to do in legislative action for fairness and equality what changes of heart may be slow to do.”

Kathryn Lohre of the Evangelical Lutheran Church in America, called for all Christians to join in this partnership, which touches issues at the core of the Gospel. “All of us are suffering—all of us together,” she said. “We are called first to confess and repent for our complicity in racial injustice, and then to recommit ourselves to overcoming racism in our houses of worship, and in society.

Churches are encouraged to celebrate Sunday, Sept. 6, as a Sunday of "Confession, Repentance, and Commitment to End Racism.”  A litany has been developed for use in congregational worship.

Martin is director of communications and development for the National Council of Churches USA.