Even as evacuations continued and shelters filled in Houston, United Methodists found ways to help people there and across south Texas cope with the ravages of Tropical Storm Harvey.

Churches helped get people to safety, took in people who needed a place to go, collected and distributed supplies, raised relief funds and offered spiritual support.

Faith United Methodist Church in Spring, Texas, near Houston, served as a temporary shelter, and welcomed about 100 people on the evening of Aug. 28.

The Rev. Trey Burns, associate pastor, joined other church staff and parishioners in handing out food and water, and counseling those who had come in. He recalled in particular one couple with children.

“I just sat with the mother while she cried,” Burns said by phone. “She didn’t want to talk. She just needed someone to sit with her.” 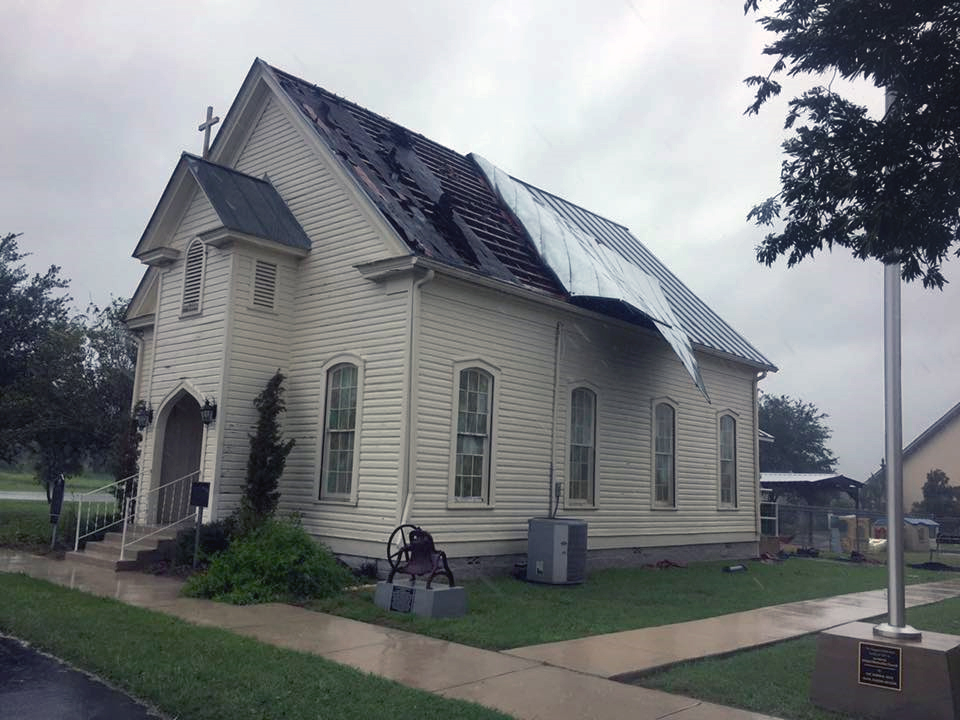 The Rev. John Stephens and the church he leads, Chapelwood United Methodist Church in Houston, improvised a boat ministry to evacuate people from flooded homes.

“It all started when members from our church got stranded in the storm early this week," said Stephens. "911 was completely overwhelmed with water rescues, so we started pulling people out with one boat, then two, then three."

The Rev. Emily Chapman, pastor, said that within a few hours, volunteers from the church and community had collected enough food, bedding, toiletries and other items to fill 17 vehicles.

The church has had minor flood damage, but she and members wanted to help anyway.

“There’s still water leaking into the church, but it functions fine as a distribution center,” Chapman said.

Advance relief teams and emergency response teams from the Rio Texas Conference began to arrive on the Texas Gulf Coast to help churches and communities bounce back from damage caused when the storm hit as a category four hurricane on Aug. 25-26.

The Houston area remains in an unfolding crisis, with many roads impassable and shelters filled or filling as residents by the thousands have had to leave their flooded homes and neighborhoods. As the rains continued on Aug. 29, so did search and rescue efforts, and the area faced the threat of overflowing reservoirs and breeched levees. 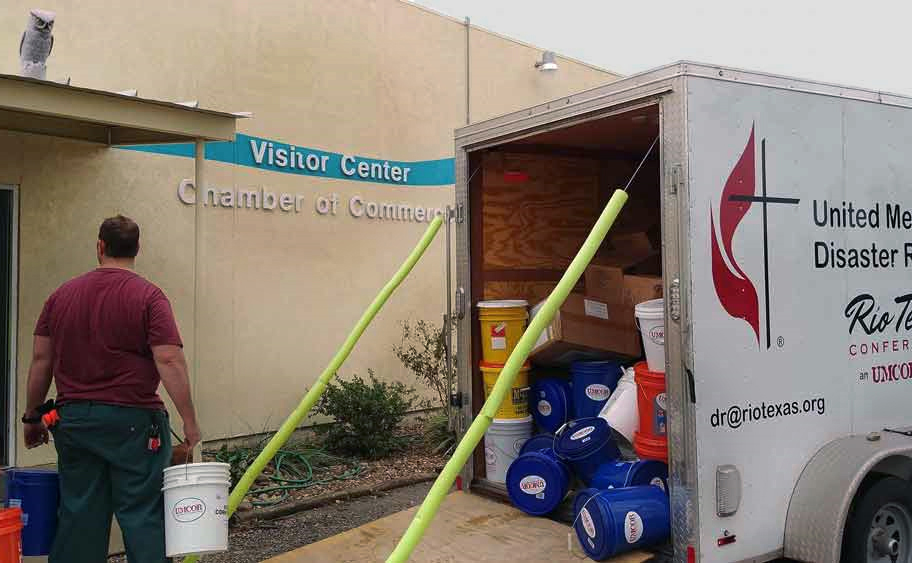 Retired United Methodist Bishop Robert Hayes Jr. lost electricity at his home in The Woodlands, near Houston, on Aug. 27. He and his wife were still getting by with flashlights and candles on Aug. 29.

The waters have receded in their neighborhood, but on Aug. 27 flooding got as close as their garage and for a time cut off their street from car access.

“When we saw the water rising, we started moving everything we could upstairs and out of harm’s way,” Hayes said. “We couldn’t get out of our subdivision, and nobody could come in.”

Hayes, now serving as bishop-in-residence at The Woodlands United Methodist Church and also teaching at Saint Paul School of Theology, said he and his wife feel “blessed” despite being without power for three days.

He said Harvey deserves to be compared to Hurricane Katrina, not in loss of life, but in damage and disruption.

“They’re looking at some places having up to 50 inches of rain in a week,” he said. “There’s no way any kind of infrastructure can support that kind of deluge.”

United Methodists have been responding to reports of the devastation in Houston and elsewhere in Texas, including by raising relief funds.

St. Mark’s United Methodist Church in Houston turned into a busy distribution center for food, bedding, toiletries and other supplies donated as part of the relief effort for Tropical Storm Harvey. The church itself had minor flood damage. Photo courtesy the Rev. Emily Chapman.

The Rio Texas Conference reported that the First United Methodist Church of Kerrville, Texas, with average worship attendance of 160, raised $7,000 for the conference’s disaster relief fund on Aug. 29.

The famed singer Beyoncé, a Houston native, said she would be working with her pastor, the Rev. Rudy Rasmus, and St. John’s United Methodist Church in Houston in a major fundraising effort.

An advance team from the Rio Texas Conference delivered flood buckets in the Corpus Christi area on Aug. 28, and emergency response teams were registering on Aug. 29 to work in hard-hit coastal communities, said the Rev. Will Rice, director of communications for the conference.

Abel Vega, director of outreach vitality for Rio Texas, said identifying where to go to be of most help is an important next step. He mentioned worrying reports that the storm had devastated the impoverished parts of communities known as “colonias.”

Both the Rio Texas and Texas conferences received initial $10,000 grants from the United Methodist Committee on Relief, which will be used to deliver relief supplies — including cleanup, hygiene and bedding kits — to households in need.

That is just the beginning of the support that will come from the denomination as a whole to assist those affected by Hurricane Harvey. “It’s going to take a really huge lift to get through what will be a long-lasting relief effort, especially since rescue is happening in some areas,” said Catherine Earl, UMCOR’s director of U.S. disaster response and partner relations.

But, as Earl pointed out, “UMCOR is not just a donor agency. We’re part of this living, breathing fabric of The United Methodist Church.”

Woven in that fabric, she told United Methodist News Service, is a “very robust” disaster response network that includes relief supplies coordinated from the UMCOR Sager-Brown Depot in Baldwin, Louisiana, to a network of other depots. Two of those depots are in the Texas and Rio Texas conferences.

Nikki Leaverton, an UMCOR consultant in Texas, said she’s been hearing from United Methodists who want to help.

Leaverton added that teams from the Central Texas and North Texas conferences might be at work on the coast as early as this weekend.

This week, Broadmoor has been busy collecting supplies to take to Houston, as soon as a truck can get there.

Hayes has been impressed, but not surprised, by how United Methodists and others have responded to the storm.

“One of the positive byproducts of something like this is how we can all pull together to help each other,” he said.

Sam Hodges and Linda Bloom are writers for United Methodist News Service. Contact them at (615) 742-5470 or [email protected]