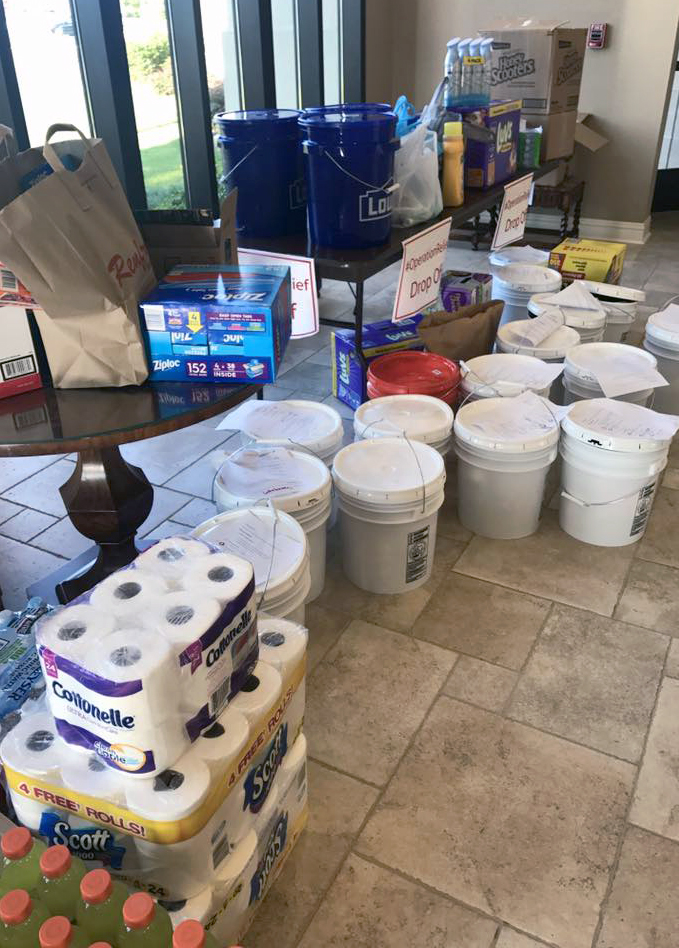 People hit by Hurricanes Harvey and Irma need time to “get their arms” around the most pressing needs. But United Methodists around the connection can start helping by donating to the United Methodist Committee on Relief, collecting and assembling flood buckets and earnestly praying.

Alabama West-Florida Area Bishop David Graves said his conference seems to have dodged the storm but “our hearts hurt for all those who are suffering.

“Teams will be called upon in the future, but right now, please pray for our neighbors to the east and to the west. Your giving to UMCOR is the greatest way you can help right now,” Graves said.

Amy Fuselier, director of UMCOR relief supplies, said the unprecedented number of active storms in the Atlantic and Gulf is making the need for flood buckets urgent.

“I am asking all churches with the ability to quickly produce and send flood buckets to do so,” she said in an email appeal.

Once a team has 1,872 buckets, UMCOR will arrange transport of the buckets to Sager Brown in Baldwin, Louisiana. Sager Brown seems to be the most central location to get buckets to all those in need, she said.

Many churches like Aldersgate United Methodist Church in Montgomery, Alabama, served as donation stations during Harvey and plan to do so again for Irma.

The Rev. Richard Williams, minister of discipleship and missions at Aldersgate, said it has been exciting to see the church live out its vision “to know Jesus and make him known.”

Churches and individuals also can assemble cleaning buckets. Here is how.

Williams said in addition to local United Methodist churches, community organizations have been bringing items to the church to send to storm survivors.

At a mid-week gathering last week, people wrote letters to Harvey survivors. Members of Aldersgate are consulting with UMCOR about bringing donated items to Texas soon and starting to muck out homes.

Big or small, every bucket counts. Staff members at the United Methodist Publishing House set up an assembly line Sept. 7 and put together 50 buckets for UMCOR. The buckets shipped out Sept. 11.

Florida is still in the process of figuring out what the needs are.

Pam Garrison, disaster response coordinator for the Florida Conference, asked people to “give us time to get our arms around this and figure out the next steps so that those impacted get the help they need, when they need it.”

Garrison said more than 6 million people in Florida are without power, which makes it challenging to communicate with churches, pastors and laity.

“The only donations requested at this time are donations to UMCOR, where 100 percent of what is given will help not just Florida but our neighboring conferences who have also been hard hit,” she said.