The filing of a sexual misconduct lawsuit against a United Methodist pastor in civil court does not mean the complaint went unheard by church leaders.

However, that type of legal action can indicate the complainant believes the denomination's process was not handled fairly, said the Rev. Darryl Stephens, staff executive for sexual ethics at the United Methodist Commission on the Status and Role of Women.

Gordon has resigned as pastor of St. Luke "Community" United Methodist Church in Dallas and surrendered his credentials, effective Feb. 15. The suit, which also names St. Luke and the North Texas Annual (regional) Conference as defendants, alleges Gordon used his position to coerce Greer and other young men at the church into unwanted sexual encounters.

In a Feb. 6 interview with Sam Hodges of The United Methodist Reporter, Greer said he filed the lawsuit reluctantly but felt he had to protect himself and others.

"The church sometimes, with its silence, ends up hurting people," he said.

After being served with the lawsuit Feb. 7, Dallas Area Bishop W. Earl Bledsoe issued a statement, saying, "there is no basis for a lawsuit against the North Texas Conference, and the conference intends to vigorously defend itself in court."

The United Methodist Church has no central repository for reporting or tracking complaints of clergy sexual misconduct, although the Commission on the Status and Role of Women has taken on the issue as part of its mandate and offers resources for victims, conference leaders, local churches and the "accused/confused" online at UMSexualEthics. 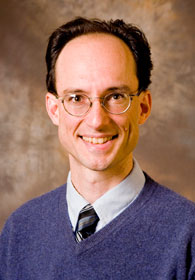 M. Garlinda Burton, the commission's top executive, said she believes the denomination as a whole is more vigilant and better equipped to "prevent, address and bring justice in cases of misconduct and malfeasance of a sexual nature."

But, as she noted during the commission's "Do No Harm" conference on sexual ethics in January 2011, "I estimate that at least one-third to one-half of the dozens of victim-survivors I've counseled during the past eight years have left the church - either in shame or frustration - because they found no justice or healing."

The Book of Discipline, the denomination's law book, lists sexual misconduct as a chargeable offense and outlines a church complaint process.

Under the denomination's definition, sexual misconduct can include "child abuse, adult sexual abuse, harassment, rape or sexual assault, sexualized verbal comments or visuals, unwelcome touching and advances, use of sexualized materials including pornography, stalking, sexual abuse of youth or those without capacity to consent, or misuse of the pastoral or ministerial position using sexualized conduct to take advantage of the vulnerability of another."

Informal conversations or telephone calls do not start the process, Stephens pointed out. "Once there is a signed, written complaint, then the supervisory process is engaged," he said.

During that process, "there is a way to suspend the respondent pending the outcome of the investigation," he added. Under a suspension, the pastor would retain his or her appointment, salary and benefits but be removed temporarily from church responsibilities.

"The bishop cannot do that (suspension) unilaterally," Stephens said. "The bishop has to have the approval of the executive committee of the (conference) board of ordained ministry."

A bishop might be hesitant to seek a suspension while a complaint is being investigated "because they have to include more people in the circle of who knows what's going on," he said.

In addition, while the timeline for investigating a complaint is 120 days, the maximum for a suspension is 90 days, which means a bishop would have to choose "strategically" when to request the suspension, Stephens said. 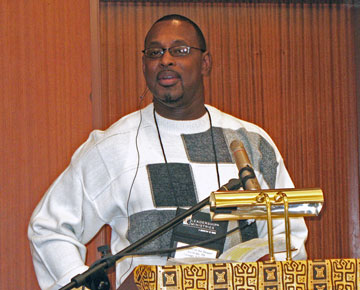 After Tyrone Gordon announced his intention to resign during the Jan. 22 worship services at St. Luke, Bledsoe released a statement noting that Gordon had been the subject of complaints from individuals in and outside of the congregation but provided no details. Gordon has not spoken publicly about the reasons for his resignation or about Greer's allegations.

In his Feb. 7 statement regarding the lawsuit, the bishop referred to the denomination's complaint process.

In such a case, 'counsel' refers to "an ordained clergyperson in full connection in The United Methodist Church." Gordon decided to surrender his denominational credentials as the complaints were pending, closing the investigation, the bishop said.

Stephens noted that certain concepts related to sexual misconduct are not evident to everyone. "People still have difficulty understanding why clergy sexual conduct with an adult is misconduct," he explained. "There's not the immediate realization that this is a relationship that is not balanced in terms of power, that there may not be a possibility to genuine consent to sexual activity."

The website, www.umsexualethics.org, offers guidance in addressing sexual misconduct, abuse and harassment in The United Methodist Church. It also offers support for survivors of abuse

Even when church officials follow best practices when such allegations arise, such action "doesn't always save you from a lawsuit," he said.

While he has no additional knowledge about the North Texas situation, Stephens said the information already made public "causes me to wonder if this could still be handled in ways that could be more oriented toward justice making."

Dropping the complaint does not bring closure, he pointed out.

"Tyrone Gordon may yet be a public figure in some capacity," Stephens said. "The public may need to know, are these allegations substantiated? If the church drops the ball on the investigation right now, we may never know."

What is known, he added, is that it can take years for a congregation to recover from allegations of sexual misconduct against pastoral leaders.

St. Luke, at about 5,000 members, is the largest predominately African-American church in the North Texas Conference and one of the largest such churches in the denomination.

The Rev. Zan Wesley Holmes - who served as St. Luke's senior pastor for 27 years and was named pastor emeritus upon his retirement 10 years ago - has agreed to be the interim pastor until a new appointment could be made during the annual conference session in June.