The United Methodist Church’s Ministry with Women, Youth and Children has partnered with the nonprofit Global Fund to empower young women in rural Zimbabwe with entrepreneurship skills. The goal is to offer the women an alternative to early marriage.

The young women, most of whom are out of school and unemployed, organized themselves into groups of five from each of the six districts of the Zimbabwe East Conference. They were trained in business management and bead making before receiving seed money of $1,000 to start small projects.

Speaking during the workshop, Rebecca Tendai Gurupira, coordinator for the Ministry with Women, Youth and Children, said helping the young women become self-sufficient gives them the freedom to make decisions to improve their own lives.

“The assistance that we are giving to the girls would empower them to have a say over their life choices by giving them the confidence to speak up for their rights and demand a chance to pursue their dreams,” she said. 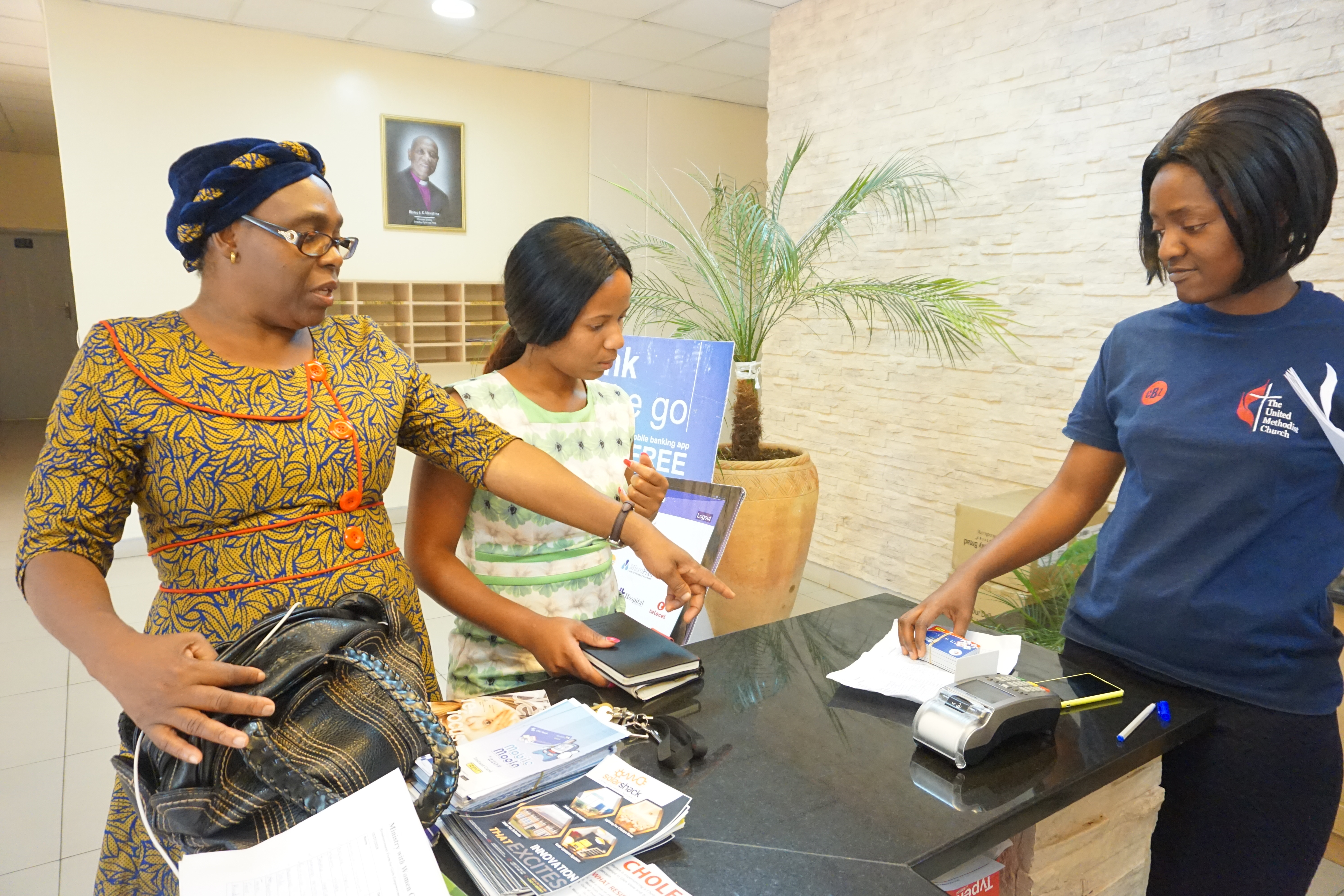 Gurupira said teaching the women life skills addresses the scourge of early marriages that has seen most girls in Zimbabwe get married soon after leaving school.

“We aim to empower the girls through training them in business management and other life skills that expose them to real-life situations so that they can be confident and assertive, which will encourage them to delay marriage so that they can make their own choices, making sure that they speak out on issues affecting them,” Gurupira said.

Thanks Gutukunhuwa, 23, from the Chimanimani-Chipinge District, is one of the beneficiaries of the program. She completed her Ordinary Level (secondary school) in 2015 and said that for many, the initiative is a starting point that will transform their lives as they grow.

“I am so delighted to have received this support after having stayed idle at home since completing my O Level owing to lack of funds to continue with my studies,” Gutukunhuwa said.

She said although the seed money was not that much, it was important for starting small projects.

“The skills that were acquired from the workshop and the funds allocated for starting the projects was a stepping stone to our success,” Gutukunhuwa said.

She commended the church for coming up with life-changing skills that will see young people becoming employers.

“I am very grateful to the church and the organizers of this workshop, which I think came at the appropriate time as young people now will work toward the creation of (their) own employment,” she said.

Audrey Mudehwe, 24, who is from the Mutasa-Nyanga District and is another participant, said she had developed a passion for bead making as it played an important role in African cultures.

“My passion is in the business of making beads, as beads are of significance to our culture and are of high demand,” she said. “The meanings behind (the beads) include pride, beauty, culture and identity, among others. The African women of the past century wore beads to enhance beauty, hence my passion to start the project.”

Zimbabwe West Conference head office internal auditor Douglas Mudzingwa, who assisted the participants in financial management and book keeping, said it was imperative to impart the knowledge to the young women before they start to run their businesses.

“We want every group to have the knowledge about managing its funds as capital remains an important asset of running a business,” he said.

Wayne Bandure, 23, the treasurer for the Makoni Buhera District group, was grateful for the help.

“The lessons on financial management and bookkeeping has been an eye-opener. We were taught to separate the business and personal money. We also managed to open our group bank account,” Bandure said.

“The money has solved the main setbacks which most of us were facing.”