In a spirit of hope and partnership, Thomas Kemper has announced that The United Methodist Church will contribute up to $28 million to the Global Fund to Fight AIDS, Tuberculosis and Malaria, based on a successful $75 million Imagine No Malaria campaign.

The announcement was made at an Oct. 5 pledging ceremony of the Third Voluntary Replenishment Conference of the Global Fund, chaired by U.N. Secretary-General Ban Ki-moon. Underscoring the urgency of fighting malaria, Ban noted that during his address, about 62 lives would be lost to a preventable, treatable disease.

He thanked the donors for making an investment that not only saves lives but also will help "rewrite the opening chapter of our century." More than 40 public and private donors made three-year pledges in partnership with the Global Fund.

The United Methodist Church is the first faith-based organization to work in partnership with the Global Fund.

Kemper pointed out that the church has trusted networks in remote parts of the world, beyond the reach of traditional health systems. 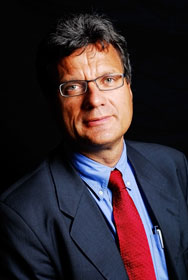 "Our financial commitment is an affirmation of efforts of faith-based organizations in the fight against malaria, tuberculosis and HIV/AIDS," he said. "Churches exist in the smallest, most remote villages, where there are no roads or electricity. They have presence and influence. We are committed to encouraging these communities to support the Global Fund and national efforts to fight the diseases of poverty."

Kemper has seen firsthand communities that use churches as clinics during the week and patients sitting in pews in a makeshift waiting room. Communities in Africa are already joining the resources of faith networks to bring healing and health. The partnership with the Global Fund is expected to strengthen those resources.

The Global Fund is the world's largest funding source for health programs that fight HIV/AIDS, tuberculosis and malaria. In 2008, the Global Fund was responsible for almost 60 percent of the world funding for anti-malaria programs covering 34 countries. That has led to saving an estimated 750,000 lives.

The relationship between The United Methodist Church and the Global Fund will be critical to fighting not only malaria but also other diseases of poverty, including tuberculosis and HIV/AIDS, as well as the stigma that often surrounds them, leaders said.

Kemper stressed that the commitment of the church affirms "the importance of community- and faith-based health organizations and advocates for their role in the fight against malaria, AIDS and TB."

"I am convinced that strategies (need to be) translated to the local level," he said. "We want to make sure partners such as local churches, mosques, temples, self-help groups and schools are involved in meaningful ways in a country's health coordination and service delivery."

UMCOR has been involved in addressing global health issues from a community-based perspective throughout much of its 70-year history. "United Methodists provide clinics, hospitals and community-based health services without regard to race, religion or political creed," Kemper said. "This has been our calling and it is why we believe that support for local health systems and infrastructures, especially in Africa, is essential to the success of the Global Fund."

The World Health Organization estimates that faith-based organizations run 40 percent of the health infrastructure in Africa. Kemper called on Global Fund sponsors and the donor community to strengthen partnerships with those organizations effectively to fight tuberculosis and HIV/AIDS and eliminate malaria deaths by 2015.

Gifts to Imagine No Malaria, Advance #3021190, support efforts to eliminate malaria deaths in Africa by 2015. Donations can be made online.

*Hinnen is the director of communications for the United Methodist Committee on Relief.

UMC recognized as a champion of health