The United Methodist Church in Zimbabwe has donated more than $1,300 worth of food to female inmates at Chikurubi Prison.

Speaking during the handover ceremony, Zivorinashe Mujaji, United Methodist Board of Church and Society chairperson for the Harare East District, said the church was touched by the plight of the female inmates who faced many challenges, among them food shortages, while serving their prison terms.

“As (The United Methodist Church), we were disturbed by the food situation obtaining in most prisons around the country, and today we have responded to the call by our counterparts, the Prison Fellowship Zimbabwe, on the challenges being faced by the Zimbabwe Prisons and Correctional Services on feeding the inmates,” she said. 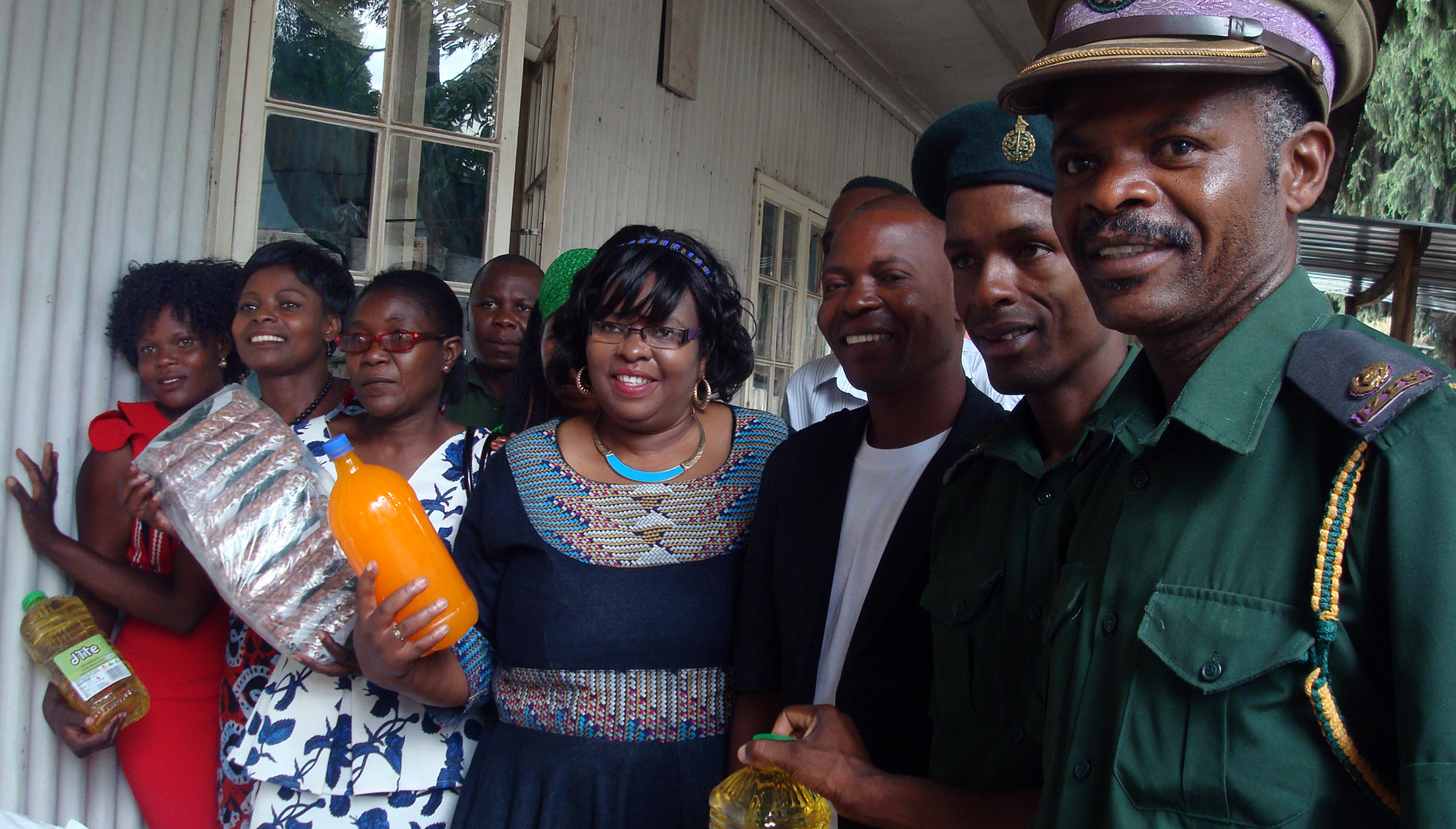 Zivorinashe Mujaji, center in navy dress, United Methodist Board of Church and Society chairperson for the Harare East District in Zimbabwe, said they were “disturbed” by the food situation in most prisons around the country. Photo by Kudzai Chingwe, UMNS.

Erratic rains and successive droughts have hit the country hard in past years, and Zimbabwe Prisons and Correctional Services farms have not produced enough food to properly feed the inmates. Mujaji said that while the government has come up with several measures to address the food shortages, there was a need for other partners to come on board considering the country’s economic troubles.

“We are complimenting government efforts in addressing the food situation in prisons around the country and also strengthening our relationship with female inmates in their time of need,” Mujaji said.

She said the church also plans to start a Holistic Horticultural Training Program for female inmates at Chikurubi similar to the program established in 2014 at the Kentucky Male Prison. The goal is to graduate 10 inmates annually.

“We appreciate the support that we are getting from the churches in our time of need and one such gesture is the food donation that we have received today. The training will go a long way in imparting knowledge and skills to them,” she said.

Karinda said the relationship between the churches and prisoners should not only involve donations but also extend to other activities spearheaded by the churches as their social responsibility.

“I want to encourage the churches to maintain this relationship with the inmates and also involve them in other activities that you are carrying out in communities out there.”

She said accommodating the inmates would go a long way in helping authorities successfully rehabilitate them.

“It is the duty of the offended society, charity organizations, the prison and correctional authorities to assist the offenders to successfully rejoin the society and live as law-abiding citizens,” she said.