2013 might be "the" year for U.S. immigration reform, said Rob Rutland-Brown, new director of the United Methodist National Justice for Our Neighbors.

Rutland-Brown becomes the director of the national office for the United Methodist network of legal clinics during a time when President Barack Obama has promised to make immigration reform a top priority. On Jan. 28, a bipartisan group of U.S. senators made public a framework for immigration reform, including a pathway to citizenship for an estimated 11 million unauthorized immigrants.

"I think this is the year that Republicans and other conservatives ... will realize the changing demographics of the country and realize they need to be more welcoming," Rutland-Brown said.

JFON was founded by the United Methodist Committee on Relief in 1999. In 2012, National Justice for Our Neighbors was formed as a separate corporation with UMCOR as sole member. UMCOR will continue to allocate funds to NJFON under the direction of a nine-member board of directors elected by UMCOR, said John Redmond, board chair.

"Refugee work is at the heart of UMCOR," Redmond said. But as more and more clinics opened, there was a growing need for a national focus for this work, he said.

United Methodist Justice for Our Neighbors clinics are currently operating in 12 states and Washington, D.C. Each clinic operates independently, and that will not change, Redmond said.

Along with a new director, a new central office will be located in the Washington, D.C., area, and three staff members, Danny Upton, Felicia Williams and Alice Mar, will be leaving.

Rutland-Brown has been executive director of Just Neighbors, a United Methodist immigration ministry in Virginia, for the past seven years. 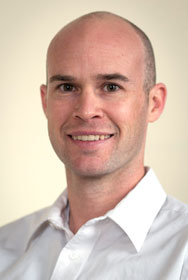 Of Rutland-Brown, Bill Mefford said, "He is tremendous, I have nothing but the highest praise for him. There is no one better suited for the job." Mefford is ex-officio of the NJFON board and executive with the United Methodist Board of Church and Society, the denomination's social advocacy agency.

Mefford also praised the work of Upton, Williams and Mar. "Their work has been amazing."

Changes always bring anxiety, Redmond said. Some have expressed concern that new clinics will not get the financial and legal expertise the UMCOR-led office received in the past.

"I am on both the West Michigan and the National JFON Boards and am very excited about the opportunities for JFON as we enter the new phase and our director begins at the end of January," Kimberly A. Clarke, an attorney in Grand Rapids, Mich., said. "The UMCOR commitment remains strong, and the separate board formation allowed for an examination of the history and strategic planning for the future."

United Methodists held a conference call in January to plan for advocacy for immigration reform. Mefford told the 175 participants that the church's legislative focus needs to be on creating a path to citizenship, reuniting families torn apart by deportation and protecting worker's rights.

During February, churches are encouraged to hold Family Unity Prayer Vigils "to give people of faith the scriptural, spiritual roots of our work to support immigrants in the United States," Mefford said. 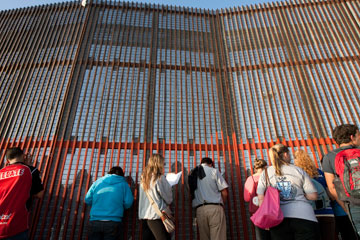 People celebrate the Posada Without Borders at El Faro Park in Tijuana, Mexico, across the border fence from San Diego. A UMNS photo by Mike DuBose.

The need for free legal assistance for immigrants is always in demand and is especially high since President Obama issued the Deferred Action for Childhood Arrivals act last year, said Gary Walters, regional JFON attorney in Iowa. The act allows young people who were brought to the U.S. before the age of 16 to apply for temporary residency without the fear of deportation while they complete their education or military service.

"Additionally, President Obama has also streamlined the visa processing waiver program by centralizing all waivers to an single office in the United States and allowing waivers to be processed before the interview at the U.S. embassies," Walters said. "This will allow for quicker adjudication of the waivers and will remove the administrative burden of processing waivers and multiple interviews from the U.S. embassies. This change will be fully implemented in March 2013."

Rutland-Brown said he has been impressed by the number of United Methodists who have a "real heart for this work."

The next six months are crucial, he said.

"We need to let Congress and the administration know that The United Methodist Church is loud and proud and we want reform now," Mefford said.

To learn more about The United Methodist Church and immigration, visit www.umc.org/immigration