The Trondheim United Methodist Church — which housed a secret synagogue during Nazi occupation of Norway — will be designated a United Methodist historical site on Feb. 5 for the congregation’s work for indigenous and marginalized people.

In addition to the work during the Nazi occupation, the church was used in 1917 by the Sami, the indigenous people of the Nordic countries, for a political gathering. At the time, the Norwegian government and society were pressuring the Sami to “become Norwegians” and give up their traditional life. Sami children were forced to learn and speak Norwegian, use “modern” clothing, give up their traditional music and learn “civilized” professions.

The Lutheran state church was an active participant in this effort, so when the Sami people tried to find a place to hold their first political Congress in Trondheim on Feb. 6, 1917, they turned to the Methodist Church. 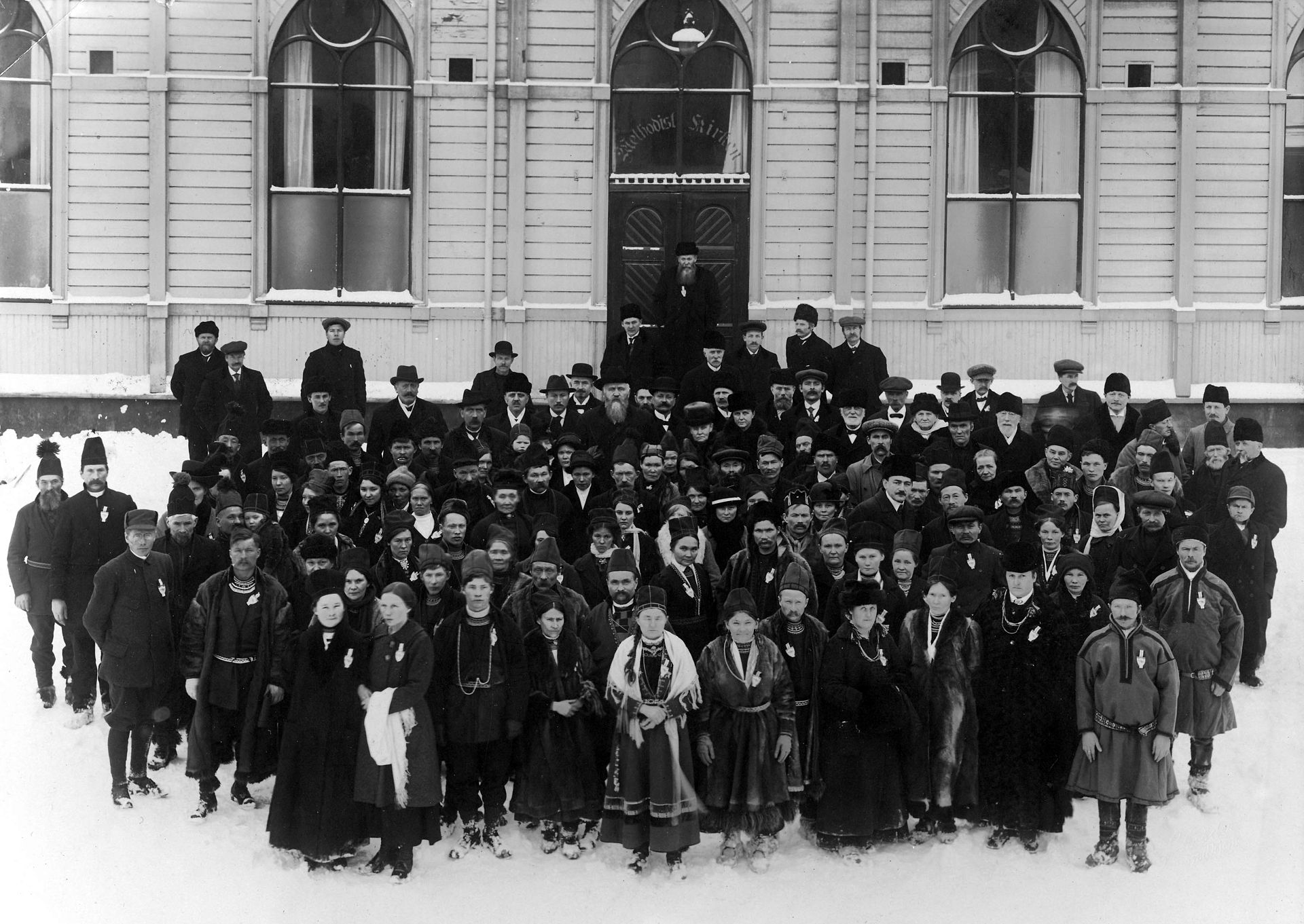 The Trondheim congregation was known locally for social ethics and outreach programs. Some stories say that some Sami people were worshipping at the Methodist Church and were involved in the planning of the congress.

The church opened its doors for the Sami to hold the congress, which gathered representatives from Sami people across the Nordic borders.

In 1992, the 15th Sami Congress designated Feb. 6 as the national day of the Sami people, in memory of the first congress held at the Methodist Church.

Professor Peder Borgen, a Methodist and member of the congregation, researched the congress, documenting the little-known story from 1917 in a 1997 book. A bronze marker on the façade of the church was commemorates the 1917 meeting.

The Rev. Steinar Hjerpseth, a district superintendent and a former minister at Trondheim United Methodist Church, said it’s a natural role for the Methodist Church to open their doors for marginalized people — back then and now.

For several days in February 2017, as the Sami people celebrate the 100-year anniversary of the first Congress, the Sami history and struggle will be in the public eye. On Sunday, Feb. 5, United Methodists from around the world will attend the recognition of the church as a denominational historic site by The United Methodist Commission on Archives and History. On Monday, there will be a shorter official service outside the church to recognize the history with the Sami.

The Sami 100-year commemorative service will be in the National Cathedral in Trondheim. King Harald V of Norway, representatives of the government, Sami leaders, Nordic-Baltic Episcopal Area United Methodist Bishop Christian Alsted and Hjerpseth will all attend. There will also be several seminars exploring the Sami Christian heritage and their relations to different churches in Norway.

A dramatic part of the life of the congregation came during the Nazi occupation. Hitler attacked Norway without warning on April 8, 1940. Although Norway fought, the battle was hopeless and the country was under the rule of Nazi Germany for five years.

The Jewish community of about 2,100 people faced restrictions on their professional and private lives. In 1941, the Germans seized the synagogue in Trondheim and banned Jewish people from meeting in public or private, even for religious ceremonies. 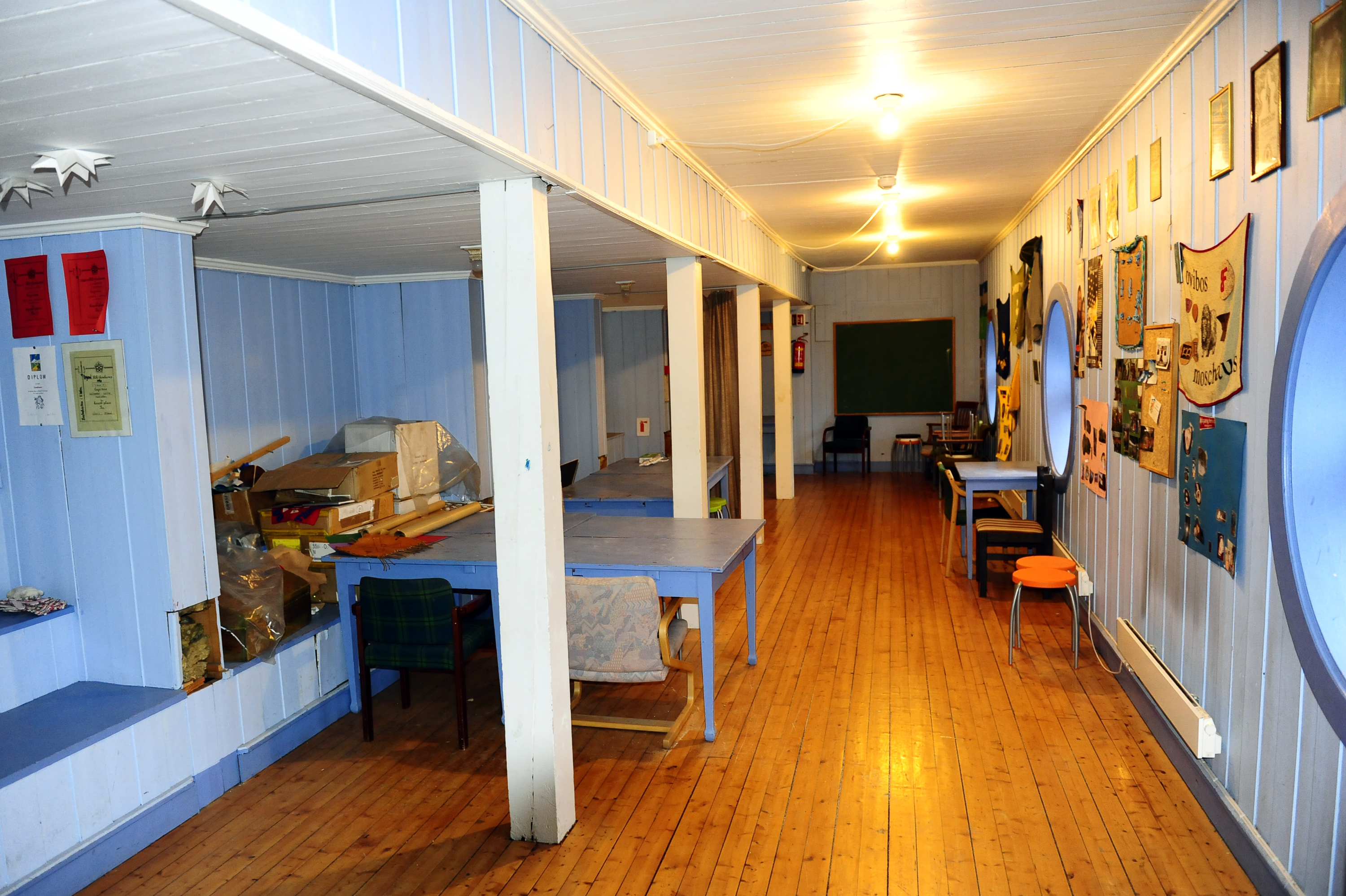 The loft of Trondheim Methodist Church in Trondheim, Norway, looks almost like it did in 1941-42 when it served as a secret synagogue. It is currently used by a Methodist scouting group. Photo courtesy of Ole-Einar Andersen.

Had the Germans discovered the arrangement, all involved would have faced deportation. The Jewish community would come one at a time and gather in the attic of the church for meetings and even Bar Mitzvah ceremonies. They had a good view of the outside from the attic, and there was an escape route to the next building through a small hatch between the two buildings. The Torah and other religious manuscripts and artifacts also were hidden in the church.

In 1942, the German occupiers and Norwegian Nazi collaborators ordered the Jews rounded up by Norwegian police and handed over to the Germans. Some had already fled, and others were tipped off about the plans and managed to flee to Sweden. But many were arrested and sent to Auschwitz, the infamous concentration camp in Poland. Small children, the sick and anyone over 50 years old were killed on arrival, while the rest were used as slave labor. Of the 767 Norwegian Jews sent to Auschwitz, only 26 survived.

After the deportations, the Methodists hid the Torah and other religious manuscripts and artifacts in the church, returning everything when the surviving Jewish community in Trondheim reopened their synagogue in 1947.

When the Germans retreated from Northern Norway in the face of the advancing Soviet Army, they evacuated the population to create a buffer zone against the Soviets. They demolished and burned homes, factories, shops and churches and evacuated the residents to the south.

In Trondheim, the church opened its doors to evacuated people who lived there until more permanent shelters were found.

In the early 1990s, a stricter immigration policy in Norway meant that many immigrants faced deportations since they did not fulfill the new requirements for asylum. Norway has an old tradition of asylum in the churches, and Trondheim was among the churches that gave sanctuary to immigrants facing deportation.

It was not an easy decision for the congregation, but it was the right one, said Hjerpseth who served as minister at the church after the asylum was over. The congregation sheltered two families for almost three years, providing food, comfort and teaching the children.

More recently, Hjerpseth said, the church in Trondheim has reached out to Romani or Romany people, also known as gypsies. The Romani are marginalized all over Europe, including Norway. The church distributed food, clothes, gave support and other help.

“This congregation has consistently showed a willingness and ability to make a stand for marginalized people and help those in need. Over the years, the small congregation has been guided by the laws of God and not followed the immorality of the powers and public opinion. This is an example for the world to see,” Hjerpseth said.

Ellingsen is the head of communications for The United Methodist Church in Norway. News media contact: Vicki Brown, Nashville, Tenn., (615) 742-5470 or [email protected]. To get more United Methodist news, subscribe to the free Daily or Weekly Digests.