A revamped adult literacy school operated by The United Methodist Church in partnership with the government education agency has 52 students, mostly women, enrolled.

Linus Audu, chairman of the church committee on education and head of the school, said the goal of the McBride Literacy School is to improve the education level of people who can neither read nor write so they can speak, write, read and understand the Bible.

The school is operated through the McBride Charge, a church with about 2,500 members. The church registered the school with the government education agency, which has certified the school and provided textbooks. The church also buys chalk for the classes. 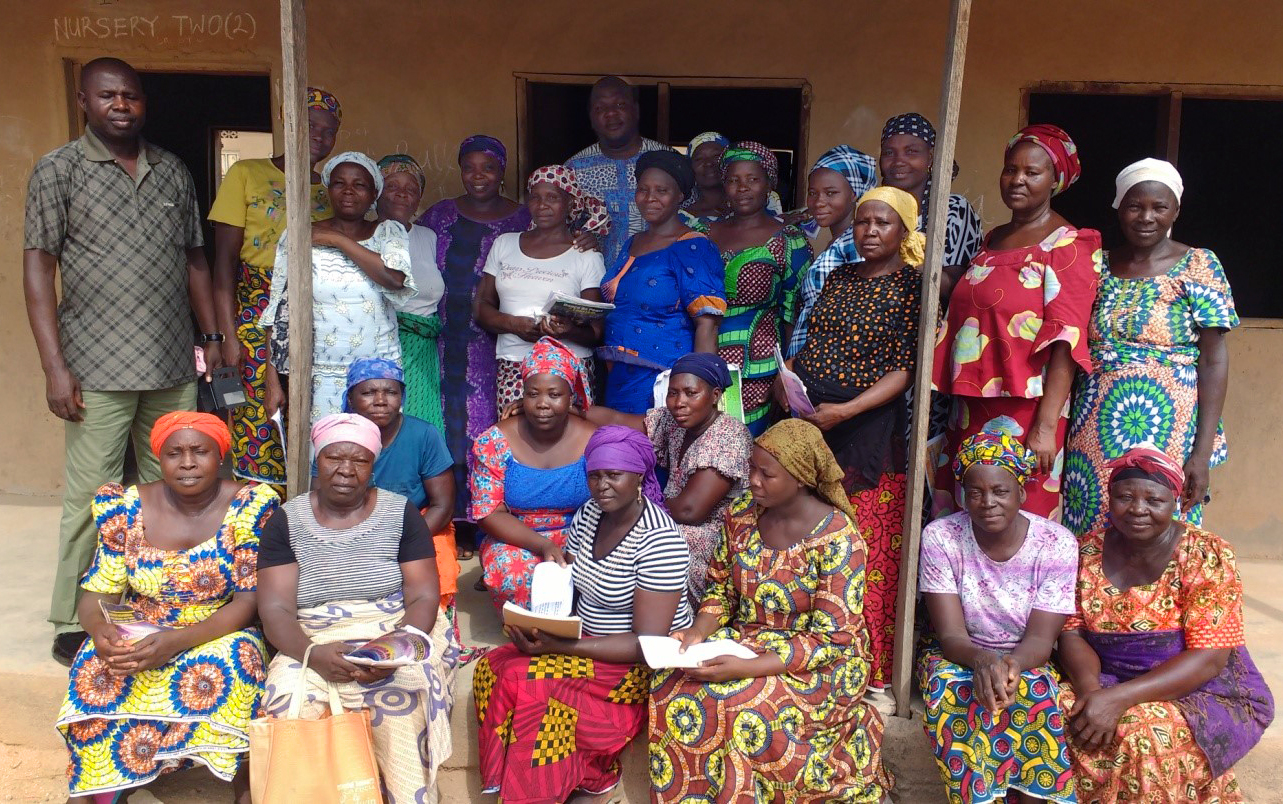 Students and teachers from McBride Literacy School in Jalingo, Nigeria, stand outside a primary school building near McBride Charge church where classes are currently being held. The school has been registered with the government education agency which has certified the school and provided textbooks. Photo by Sharon Adamu Bambuka, UMNS.

Audu said the church has provided adult education before, but said it was unorganized and there was no graduation for students.

The revamped school began two classes last year. One is a Hausa language course for beginners that lasts nine months. The other is the advanced English course, a three-year course mainly for those who have started reading and writing but want to improve their skills. At the end of the course, the students will be assessed through tests and examinations; those who pass will get a graduation certificate.

The McBride Literacy School is temporarily using a primary school nearby the church, but the school lacks seats and desks. Classes are held three times a week. Most of the students are ages 32-55 and mostly women who are petty traders and housewives. There are only two male students.

Heman said the school faces many challenges, including the lack of instructional materials, the need for sponsorship and the unavailability of seats during school breaks because the seats are removed when the primary school is not open. Absenteeism by some students is also a challenge.

Naomi Idi, a businesswoman, said that she has improved in her writing and reading.

The school is also trying to start a vocational training to enable the women learn something creative, Herman said.

United Methodist churches played a part in helping to share health and prevention information, as well as work to prevent the stigma Ebola survivors often face.
Mission and Ministry