“They showed us unusual kindness” is the theme of this year’s Week of Prayer for Christian Unity, a 112-year ecumenical tradition seeking to encourage Christians to overcome divisiveness.

“The Week of Prayer for Christian Unity is a highly appropriate call for all of us to pray for that divine gift,” said Bishop B. Michael Watson, ecumenical officer for the United Methodist Council of Bishops and bishop-in-residence at Canterbury United Methodist Church in Mountain Brook, Ala. “Now is a wonderful time for United Methodist Christians to unite in prayer for fresh expressions of unusual kindness.” 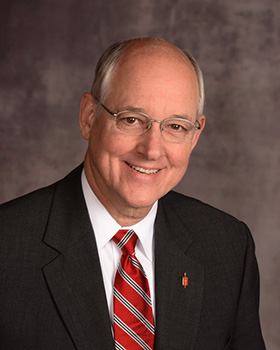 Bishop Mike Watson
Photo courtesy of the Council of Bishops.
The Week of Prayer for Christian Unity is Jan.18-25.

The World Council of Churches and the Pontifical Council for Promoting Christian Unity of the Roman Catholic Church have organized the event since 1968. It began in 1908 as an observance in a small Franciscan convent in New York. It gradually grew into a worldwide celebration for all Christians, including United Methodists.

“The Week of Prayer for Christian Unity has become quite simply a regular part of the faith year now for many Christians as we continue to pray, with Jesus himself, for the gift of unity,” said the Rev. Susan Durber, moderator of the WCC Commission on Faith and Order, in a WCC news release.

“It is always so moving to imagine Christians throughout the world from so many traditions sharing in these same reflections during the week.”

For United Methodists, the week promoting unity happens while the denomination wrestles with various plans to split the church because of differences over the status of LGBTQ persons. Some want to allow gay marriage ceremonies in United Methodist churches and let denominational clergy officiate those weddings. Others want to continue the current ban on that and the ordination of gay clergy.

“Despite divergences on moral matters, we can seek common ground and model our lives on the (Ten) Commandments and the beatitudes,” said Monsignor Hector Scerri, chairperson of Christians Together in Malta and president of the Diocesan Ecumenical Commission for the Archdiocese of Malta.

Christian churches in the Republic of Malta, a southern European island nation, selected the “unusual kindness” theme and compiled materials for churches who want to take part.

“The choice of the theme was quite natural because the verse from Acts 28:2 is part of the passage describing the Mediterranean tempest which hit the vessel (the apostle) Paul was on with another 275 travelers,” Scerri said.

In the story in Acts, Paul and his fellow passengers are shipwrecked on Malta. Led by the governor, Publius, the citizens of Malta treated the unfortunate travelers with respect and kindness.

“The theme can be read from two perspectives,” Scerri said. “Firstly, the unusual kindness and generosity which Christians are called to extend to members of other churches, despite differences and divisions.

“Secondly, in this day and age, with the plight of migrants in the Mediterranean Sea, the theme seeks to be a wake-up call as we are all invited to reflect on how much we have welcomed strangers and suffering people.”

The theme is applicable to Christians all over the world, he said.

Durber is from the town of Taunton in the U.K.

“Christians have recently been brought together through a shared response to the needs of refugees from Syria,” she said. “In our island nation, we have been challenged to act together, despite our present theological and political differences, to offer kindness and hospitality to others.”

Every Christian has the duty to welcome strangers, Scerri said.

“There are leaders now speaking about quotas and about building walls, while at the same time they have a crucifix or an icon sitting on their desk,” he said. “It doesn't add up.”

A national day of prayer and fasting on Feb. 1 has been declared by the Rev. Dennis Blackwell and the group Black Methodists for a Better Future to ask for God’s help curbing gun, domestic and economic violence as well as systemic racism.
Violence

The attack on a Pentecostal church in Congo, which killed 17, happened near where more than 180 United Methodists were attending worship.
Faith Sharing

The Week of Prayer for Christian Unity is an annual observance held January 18-25 in which all Christians everywhere are encouraged to pray for unity in love and mission.