Editor’s Note: This is part one of a three part series about bullying. Read part two and part three.

The wooden wall outside a horse’s stable was the unconventional stationery on which he wrote his last words in dust. His fingertip was his pen.

On the evening of Sunday, March 28, before the “note” was found, Jon Carmichael hanged himself from an eave in the family barn. He was just 13 years old.

Statistics say suicide is the fourth-leading cause of death for young people between the ages of 10 and 14. But Jon belongs to an even narrower statistical category: bully-related suicide.

Each month more than 300,000 children are bullied. Every school day, 160,000 American children stay home to avoid being bullied, according to how-to-stop-bullying.com. In the wake of several well-publicized teen suicides this year, attention has become increasingly focused on the role of bullying and what is being called “bullycide.”

“Why?” everyone wants to know.

But “why” wasn’t the first question Jon’s mom Tami asked pastor Lara Whitley; it was “where?”

“When I got to her house, she fell into my arms and asked the sweetest, and most poignant question, ‘I need you to tell me where my baby is,’” remembers Whitley, senior pastor of First United Methodist Church in Joshua, Texas. “All I could do was hold her and assure her that Jon was in the arms of God.” 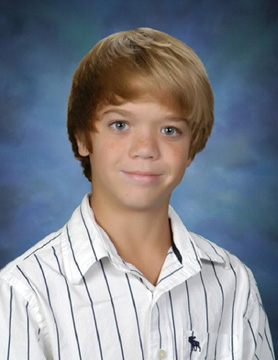 And then, Whitley says, came other questions: “How could God let this happen and why is my child gone?”

“All I could do was continue to assure her that God had never, never left Jon … that Jon’s death wasn’t part of God’s plan, and that Christ had been in the barn with him that night — and when Jon made the decision to hang himself, God’s heart had been the first to break.”

Tami says her son had endured the taunts of other children in his middle school for two years. He was openly ridiculed because of his size — he was small, but athletic. Tami recounts repeated instances when Jon’s books were knocked out of his hands in the hallway, of him being shoved against lockers, of him being dumped into a locker-room trashcan. Recently, she says, he was jumped in the bathroom by a group of boys who shoved his face in the commode and then flushed it over and over again.

“I wish I had gone up to the school every time an incident happened,” Tami says. “I wish I had done that and maybe this wouldn’t have happened. But he made me promise that if I did he wouldn’t ever tell me anything again. He always told us that if we went up there and made a big deal about it, (the bullying) would be worse.

“But no matter what the child says, PLEASE always go confront the school. Ask for the school’s cooperation, stay on top of their response and, if you have to, move your child to another school.”

The funeral for Jon was held at First United Methodist. Many of those who could not or did not stand up for Jon as he suffered, were there to stand beside the family as they grieved.

A small group of boys who had bullied Jon stood outside the church afraid to go in for the funeral. They thought they would be unwelcome. A member of the church staff told them, “If you are here to celebrate Jon’s life and to praise God, then you are welcome here.” When it came time to walk past the casket, that same staff member accompanied one of the self-identified bullies, who admitted to being afraid to walk past the family by himself.

“I was very proud of the way we handled this as a church,” said Whitley. “We’re actively helping this community make a choice about how we respond to what has happened. We can respond punitively and divisively, and that will change nothing, but instead will perpetuate harm. Or we can choose to respond with kindness and forgiveness with the hope and expectation that things can be different in the future if adults are able to model grace and reconciliation.

“While we may not be able to ensure that no child will ever feel this desperate, or this alone again, we can do our best to listen for and to address the pain so that this never happens again in our community.”

Churches should speak up about bullying

Kids at Risk: Bullying in the New Millennium