For Felicidade Manguele, the pension she receives because she is a widow of a United Methodist pastor provides the necessities to live and hope for the orphaned 8-year-old granddaughter she is raising. 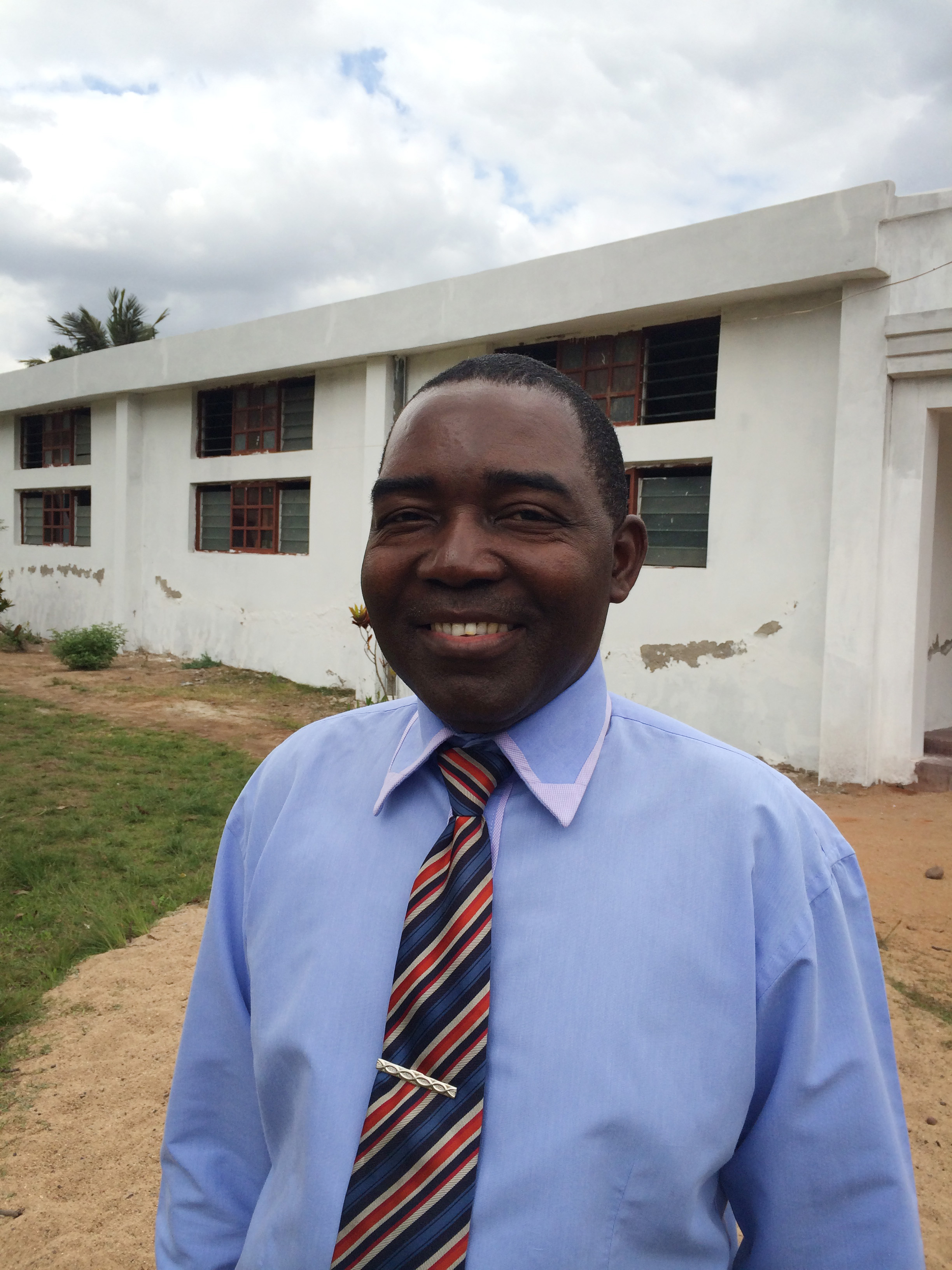 Felicidade Manguele and her husband, Rodrigues, started their ministry in 1978 and worked in several parishes, including an appointment to district superintendent in Nampula and Niassa, before he died in 2004.

“The first year they have a pension, they all report the same thing,” said the Rev. Paul Dirdak, now retired from the United Methodist Board of Pension and Health Benefits. “They buy the food they need for themselves and whoever is living with them. They help their children, grandchildren and sometimes their great-grandchildren to survive. They have small gardens that supply some food, and they buy a small bag of rice.”

Lifting retired United Methodist pastors in the central conferences out of poverty has taken nearly 15 years, but the Board of Pension and Health Benefits is now celebrating that every pastor throughout the worldwide denomination has a pension. A group of church agencies, led by the board, collaborated to make that a reality.

Having a guaranteed pension for retired pastors and surviving spouses has changed lives in the central conferences. “It’s so rewarding to see people able to take care of themselves,” Dirdak said.

The idea to make sure pastors from the central conferences would no longer “retire into homelessness” took hold in the late 1990s when United Methodist Board of Global Ministries’ members saw too many retired pastors who had nothing. In 2007, the first pension payments went to Liberia; the Democratic Republic of the Congo was the last country added in 2013.

“There had never been money put aside for the fastest-growing area of the church,” said Barbara Boigegrain, top executive of the Board of Pension and Health Benefits.

The two boards began working together to come up with a model for a pension, realizing the countries in the central conferences were all very different. “In the U.S., it was easier to define,” Boigegrain said. “It wasn’t simply to be a money or gift program. It needed to be an ongoing money stream.”

That regular pension has made the difference in other lives as well. Throughout districts in Liberia, retired pastors or widows bought materials to build or purchase homes. The Rev. G. Solomon Gueh, pension and health benefits director for the Liberia Annual Conference, shared stories about people who used their pensions to improve their lives.

When three other agencies — The United Methodist Publishing House, Discipleship Ministries (Board of Discipleship) and United Methodist Communications — became part of the Central Conference Pension Initiative (now called “Central Conference Pension”), the United Nations administered the only working model they found. “It lasted for 10 weeks,” she said. That would not work.

“We knew we wanted to raise money,” Boigegrain said. “We didn’t want to do a lump sum. That’s not what the church does. We try to build capacity. We wanted to do teaching and training as we went along.”

Central Conference Pension
by the Numbers

‘Teaching them how to fish’

They found retired pastors and surviving spouses had little or nothing. During the interviews, Boigegrain said, “we emptied our pockets. We did emergency grants.” They provided $80 a year (per retiree/surviving spouse) on an emergency basis once the central conferences submitted retirees’ names.

In 2004, General Conference approved fundraising by the General Council on Finance and Administration to establish a pension and charged each of the five agencies initially with raising $50,000 to get the initiative off the ground.

The pension goal was set at $20 million and eventually increased to $25 million to help retired pastors and surviving spouses as well as set up pensions for future retirees.

Tim Koch, CCP chief financial officer, said they wanted to avoid just giving money. “Things that are pure charity can be the cruelest gift of all,” he said. “The money can suddenly dry up. We’re not just providing fish; we’re teaching them how to fish.”

The two kinds of pensions cover past and future liabilities, he said.

Koch added that the central conferences “made me think the pension plans could not have been set up before the Internet. Before the Internet, it would have been done by mail. When doing things live, you can follow up more quickly.”

He said CCP would like to get to the point where people could receive the funds through their cellphones. Some people now get the pension in cash, and some may walk up to 50 miles to receive it.

Having the pension plan in place is “not just a win situation but a win, win, win, win,” Koch continued. “People are able to pay for food for themselves, and their children and grandchildren don’t have to do subsistence farming. Grandchildren can go to school and become educated … doctors, lawyers or social workers.”

One of the most challenging concepts to teach was “saying ‘put money away for later,’” Boigegrain said. “Deferring money … was a hard concept. Some annual conferences had just come out of civil wars, and the people didn’t trust banks.”

Retired U.S. Bishop Benjamin Chamness, who chaired Pension and Health Benefits from 2004 to 2008, said the board viewed the pension plan as a justice issue. “We had a large group of retirees living in poverty,” he recalled. “Now people could buy mattresses or go to the doctor.”

Dirdak said that a year after people receive the first pension payments, “you see how (they) are doing even more ingenious things with the money. They raise more food; they’ve repaired their homes – some that were damaged in wars – and they provide for their grandchildren.”

Dan O’Neill, CCP director since 2006, said they set up the first quarterly pensions in 2007 in Liberia because “they had reasonable records identifying recipients.”

Because no pension existed, retirees or surviving spouses saw no need to stay in touch with the offices in their country. “In many cases,” he said, “we didn’t know if the survivors were alive. There were no mailings, emails or, in some cases, telephones to stay in touch.”

He said when they travel to the central conferences, they make sure funds are arriving, document recipients’ names and signatures and visit retirees’ homes to make sure written records are accurate.

“It’s good to get into the homes and to talk with the retirees about their ministry,” O’Neill said. “It’s a chance to honor the work they’ve done over 30, 40 or 45 years. They really appreciate it.”

People can now pay their own way, he said. It adds to their self-worth. Now their grandchildren can go to school because they can pay the fee.

“They know now that every quarter, the money will come. I know one retiree who is expanding the home he is living in. He buys cement blocks every quarter. He knows the pension is reliable enough to do that.”

The goal now is to make sure everyone follows standards and procedures. The plan must be sustainable. “They need to be self-governed, self-funded and sustainable into the future,” he said.

Learn about the history of this initiative»

The pension program’s success is evident globally. Rose Beverly Jerusalem has handled distribution in the Philippines Central Conference since the pension plan started there in 2013, “Although, the Philippines Central Conference had an existing pension fund for our clergy,” she said, “it was so meager that it (could) not sustain the pension needs of our clergy in the next three or four years to come.” She added that CCP “was very timely because we are at the brink of bankruptcy” and that it “brought great hope and assurance to the clergy.”

She travels to districts in the Philippines Central Conference to explain the benefits for churches and clergy. She said only 10 percent of those who qualify currently participate.

“Now that we have the pension plan in place, the work goes on to make sure it stays in place,” Boigegrain said. “The teaching and training is ongoing.”

She said U.S. annual conferences stepped up and did a great deal. Some bishops did fundraising, and laity contributed.

Although active fundraising for the initiative has stopped, Boigegrain said, “we are still taking contributions.” Boigegrain recognized the five agencies for their work. The efforts were worth it, she said.

“I have met some of the retirees, and it is pure joy to know they are getting something. They are no longer destitute.”

The June 9-12 seminar was the last of a forum series for Rwanda Provisional Conference pastors and spouses.